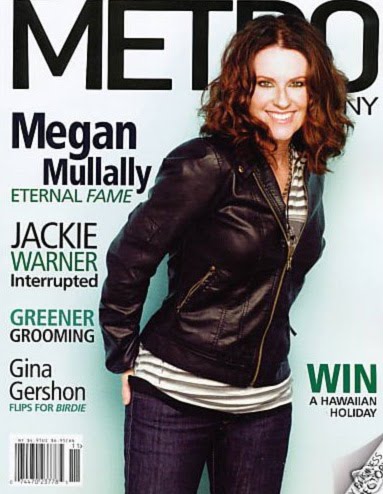 And can we just say that she was a total doll? Completely approachable, warm and funny and totally down to earth. She gave us the dish on her role in the Fame remake, what it was like to work with Rosie O’Donnell and Matthew Broderick on Broadway, her little-known music career (did YOU know she’s in a band?) and the shocking news that she still has plans for the role that made her famous, Will & Grace‘s Karen Walker.

You’ll have to head over to Metrosource to read the whole thing, but here are some choice bits:

On the Fame remake:
“You know how you go in the hair and makeup trailer and you get the real story? The third or fourth day that I shot, I went into the production trailer to ask somebody a question.They were in there watching a couple of the scenes cut together; they asked me to sit down, and it looked really good.”

On her musical background:
“That was the first thing I did: musicals. I was always singing along to the radio when I was a kid, I knew the words to every song. Actually, the first fan letter I ever wrote — well, it was more of a love letter, with my little teardrops staining it — was to Michael Jackson when I was 11 years old.”

On Rosie:
“[A] really fun, nice person. She would do crazy stuff like firm up her post-show dinner plans with her friends during musical numbers. She’d be making the “call me” sign to her friends sitting in the fourth row as we’re doing, like, rama-lama… dingity… ding-a-dong… or something. Whatever it was.”

On the now-legendary Karen Walker:
“I think way more people know about the show now than did when it was on the air because it’s in syndication so much. I notice that, like when I go to the airport, the people who check your bags for security or whatever everybody’s like “Hi Karen!” which didn’t happen as much when the show was on the air at 8:30 on Thursdays. But I have a little tidbit that you guys will be very excited about.”

We’re all about the tidbits. Let’s hear it.
“Well, I had this idea a few years ago but I’ve been kind of busy with all this other stuff and hadn’t really had time to buckle down and get to work on this and I had to get approval from NBC and the creators of the show, which I did, but I’m going to do…”

What? Did you think we were going to give it all away? Get over there now and find out where Karen Walker will appear next!

Also in this issue (but not online) is our interview with lesbian icon Gina Gershon.