Darlings, it was when one of the contestants uttered the above that we turned to each other with the realization that we just may love this show. You never hear that kind of thing on Project Runway. 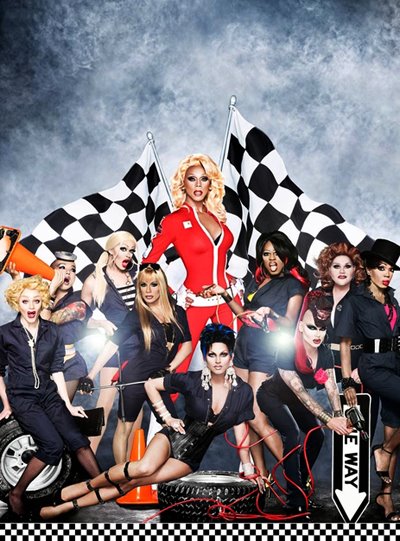 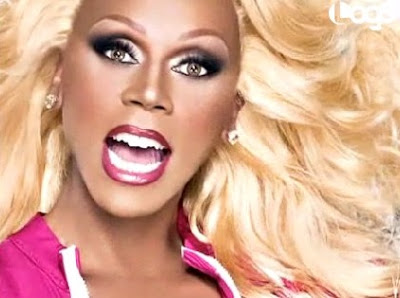 “Put your stiletto to the metal and let’s take this mother from zero to fabulous in 3.5 seconds.” 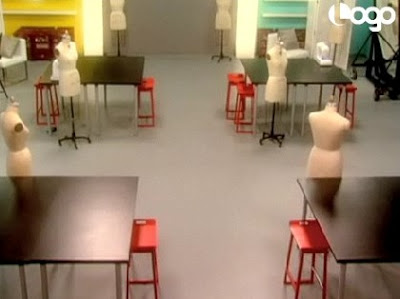 Come ON. LOOK at that workspace. Are you going to tell us that doesn’t look a tiny bit familiar? All it needs is a bespectacled middle-aged gay man in a pinstripe suit to come in and tell everyone to make it work. 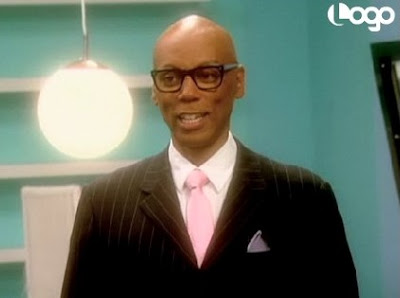 Yes, Ru is playing both the Heidi and the Tim parts on this show and frankly, that’s a little bit of genius. We guess that makes Santino the Nina. Oh, the irony. 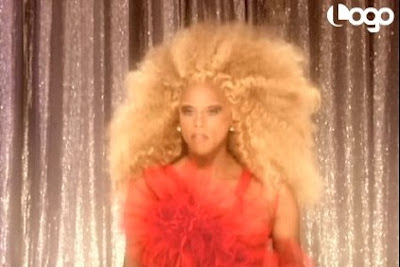 And here’s Ru in full-on Tyra mode and a pound and a half of vaseline on the lens. By the way, Ru is funnier here than she’s been in years. She got in some truly laugh-out-loud lines.

The premise is pretty much the same as all reality TV competitions. Get a bunch of competitors together: 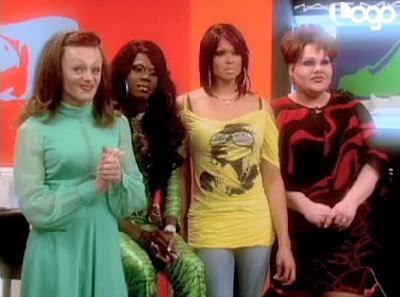 Put them through their paces (humiliation is a bonus): 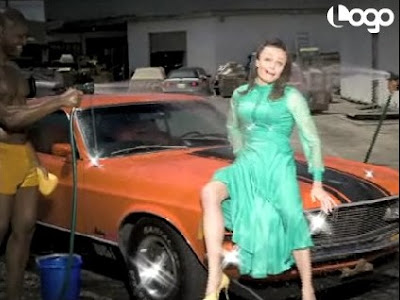 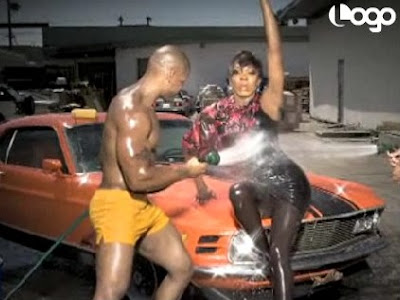 And hope that the stress causes lots of hairpulling and screaming: 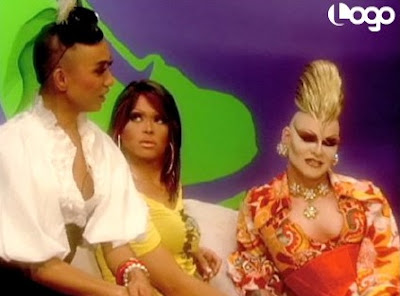 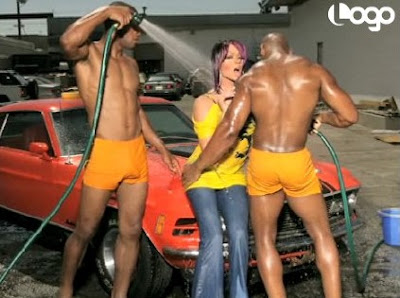 And eye-candy in the form of photographer Mike Ruiz: 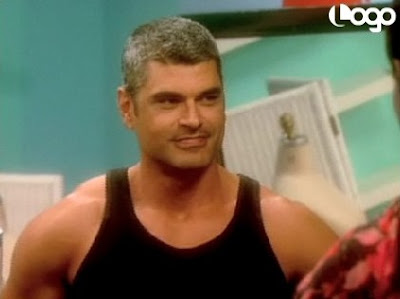 And girl, you got yourself some GAYGAYGAY entertainment.

For the ANTM portion of the program, the girls had an unexpected (and unexpectedly wet) photo shoot thrown at them. 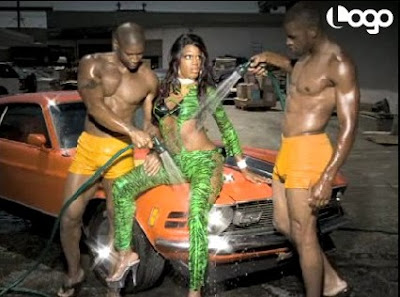 And you do NOT get a drag queen wet without asking permission first, honeys. 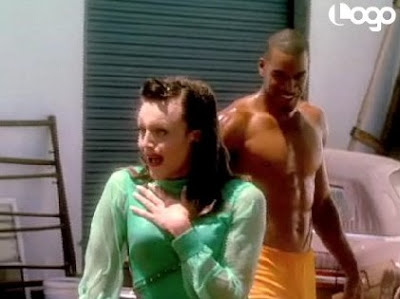 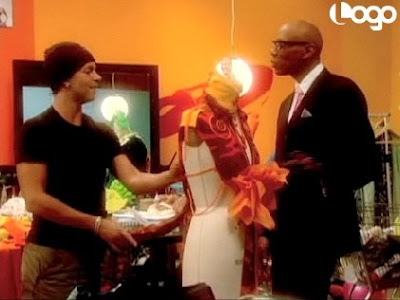 After that, it was Project Runway time as the queens wiped off their makeup and got busy with their dress forms. Miss Ru explained the challenge in a way Tim Gunn never would: “To help you accessorize, we went to the Dollar Store and got you a whole bunch of crap,” and then added a tagline that just might put “Make it work” to rest:

“Make me proud, and remember, don’t fuck it up.”

The results for the runway show (and you just knew there was going to be a runway show, didn’t you?) ran from fabulous to tragic: 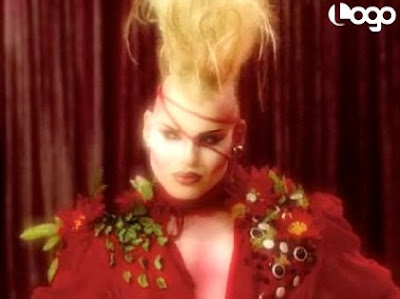 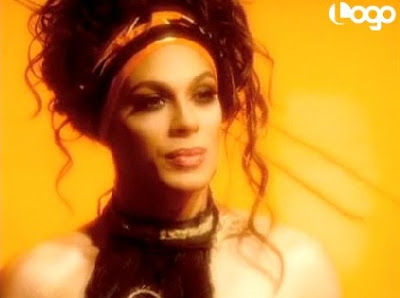 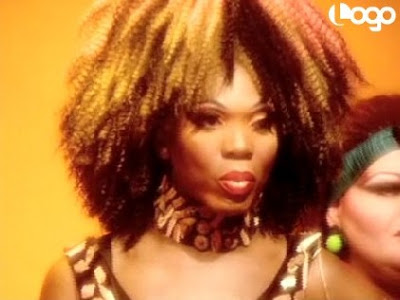 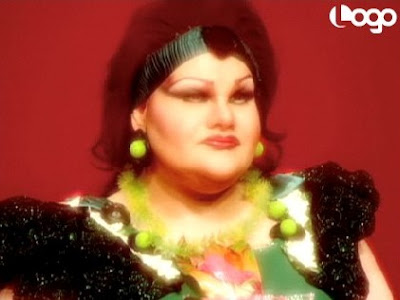 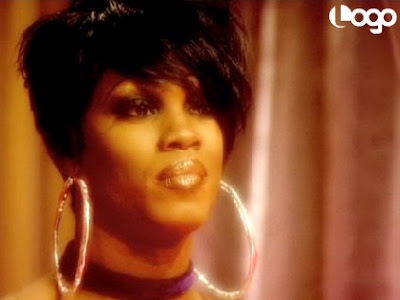 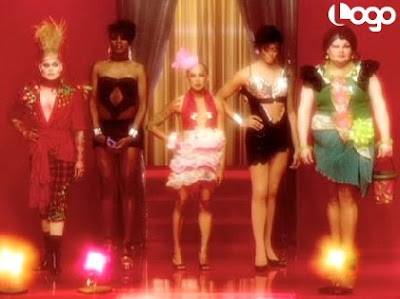 But best of all, kittens, best of ALL… 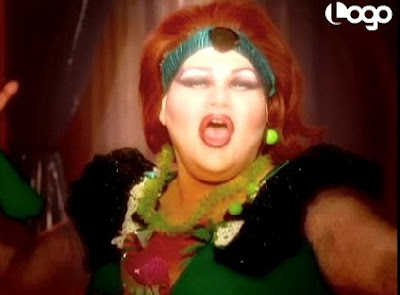 They forced the bottom two drag queens to duke it out in a lip-synching contest! You just don’t get any gayer than that. 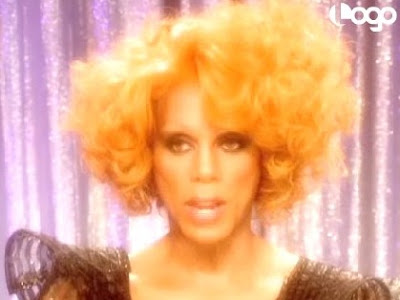 “I’ve consulted with the judges, my lawyers and my housekeeper, but the final decision is mine to make.”

And the kissoff line that outdoes all the others, from “Auf Wiedersehen” to “See you later, decorator,” to “Pack up your knives and go,” NOTHING can top Ru’s sendoff:

“Sashay, away. I hope you take this experience back home with you and continue to do what you do best and inspire the children.”

Seriously, bitches. You need to be watching this. It’s both a hellaciously fun reality competition while at the same time it’s a dead-on satire of them.