Darlings, who knew that when we wrote this in the early days of our blog, that … well first off, that we’d still be here two years later, but also that there would be magazine editors out there foolish enough to ask us to write for them? 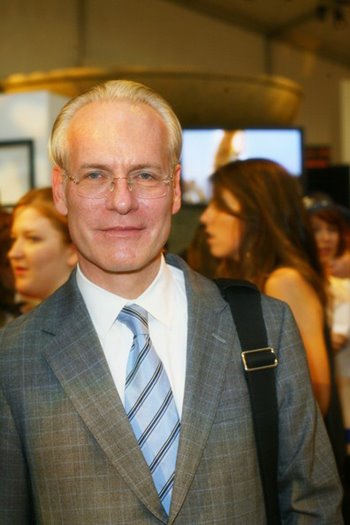 That’s right, kittens. Metrosource magazine once again invited us into their pages and this time we picked the interviewee. It could be no one else but our own Sir Tim of the Gunn. Tim was smack in the middle of shooting both PR and Guide to Style when we approached him and, bless his gay heart, he somehow managed to find that 25th hour of the day to sit down with us and spew.

And darlings, some of our gay bitchery must have rubbed off on him because Miss Gunn let her hair down in a way we’d never seen in any other interview he’s given. To wit:

“Okay, bitchery time. Who would win in the following cage matches? Heidi vs. Nina This match ends in a stalemate; that is, neither the Teuton nor the Latina wins or loses. But high drama does, indeed, ensue as they reenact that fabulous scene from Mommie Dearest when Joan (Nina) wrestles Christina (Heidi) to the living room carpet and tries to strangle her while Barbara what’s-her-name from Redbook is present writing an article about La Crawford’s happy home. “Barbara, PLEASE!”

See what we mean? You’d never catch him talking like that in New York Magazine. Do check out the whole thing here – and support our efforts by running out and buying the dead tree version pronto, bitches!

Oh, and thanks Tim! We love ya, Silver Fox!

Previous post:
T Lo Saw Sex and the City and They Have Opinions Next Post:
If you’re not watching Mad Men, you’re crazy.