Red Carpet Rundown: Viola Davis, John Boyega and the Cast of THE WOMAN KING at the London Premiere The cast of The Woman King hit the London premiere in looks that ranged from eye-popping to unexpected to a little bit of a letdown. Let’s assess! 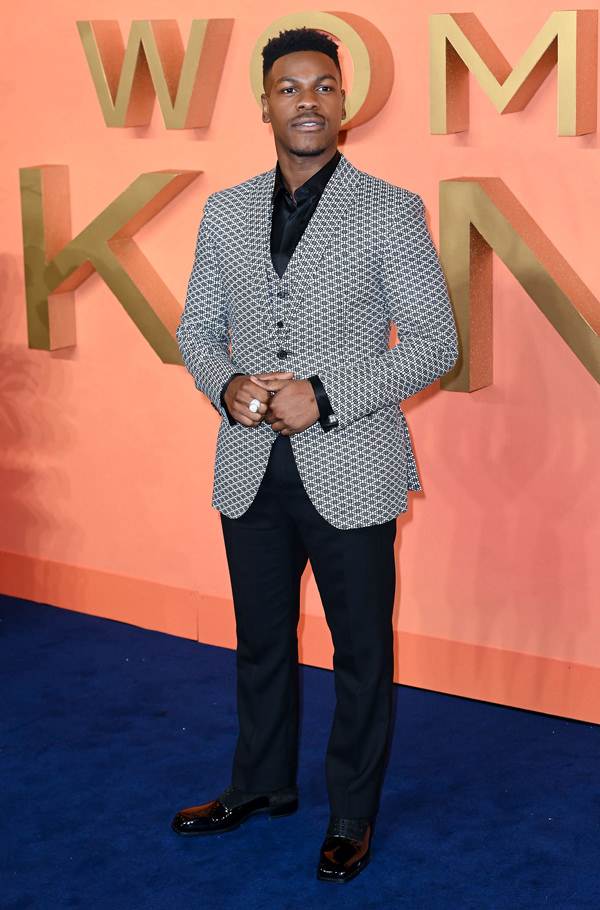 Sir. This is a spectacular look and you are looking extremely fine in it. The fit is superb, the shoes are immaculate, and that smile is a panty-dropper. WE’RE JUST SAYING. This is pretty and sparkly and we really have no hard objections to it. It’s just that we think she’s capable of pulling off much more interesting – not to mention fresher – looks than this, which would come off a little mumsy on another wearer. We like that she opted for something cute instead of something formal. The jacket and skirt are fun, but the sleeves on the former are a little overdesigned and the latter is riding up, although that could just be a matter of some needed zhuzhing. That sheer overlay looks terrible, though. All it’s doing is making her midriff looked wrinkled, which is not an effect anyone really wants. This would have been perfect with the shower scrubbies on the sleeves. The dramatically stark simplicity of the design suits her so well. It just didn’t need those sea creatures hanging off it. Love the color, love the styling. Hunh. This is a little unexpected. We mostly like the dress, but it would be greatly improved if all of those … things (flounces? florals? little bat creatures?) were removed from it. We’re not sure that hair really suits her or goes with the style of the dress. Still, it’s got some impact to it and we’ll always give even looks we don’t like some respect if they come off like a surprise or a branching out.