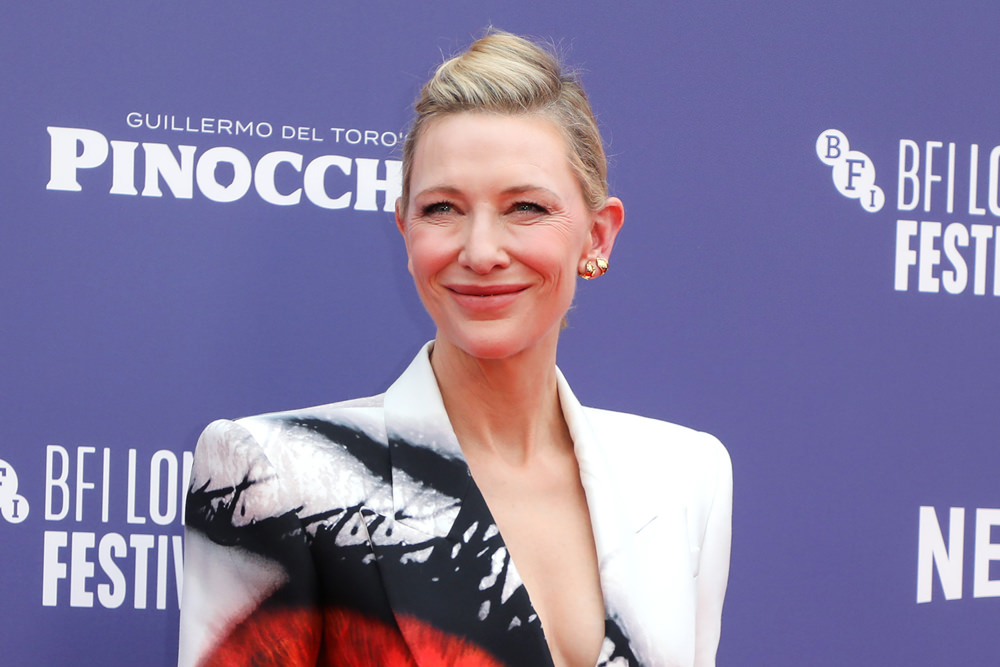 Good Lady Cate stepped out for the BFI London Film Festival premiere of Guillermo Del Toro’s Pinocchio, which has the distinction of being the first film in which she plays a monkey. Yes, it’s true. The GLC gives a performance that The Hollywood Reporter describes as “various grunts, shrieks and simian cackles” and we are delighted that she has found new avenues of skill-building to explore for herself. To celebrate the occasion, she wore her most eye-catching look yet. We are embarrassed that we foisted that terrible pun on you but if you look at the situation with clear eyes (sorry), you’ll see that we were pretty much forced to do so. If you don’t call this an eye-catching look, they take away your fashion blogger’s license. If we’re being honest, we can’t really say we love it. The idea of it is great, but the actual graphic isn’t. We don’t like the placement, the colors, or the way the lashes dominate the graphic. And since we’re giving ourselves permission to be nitpicky, we’re going to go all the way and admit that we don’t think the hairstyle works and that the sandals, while nice, would not have been our suggestion.