Ben Affleck and Jennifer Lopez at the MARRY ME Special Screening 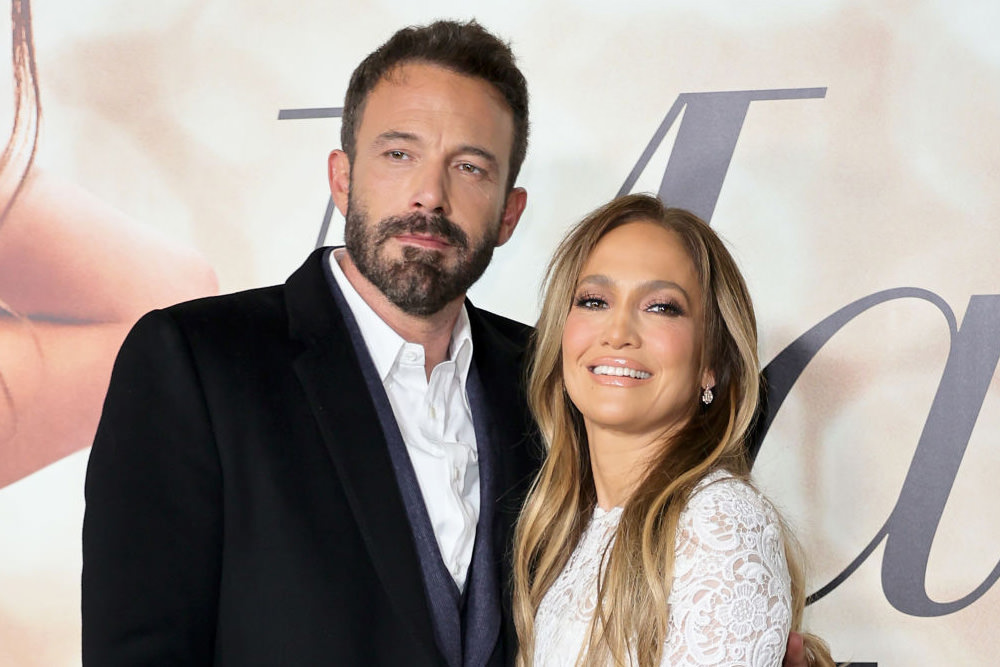 BREAKING: Jennifer Lopez – not subtle! Ben Affleck – needs to lay off the Just For Men products! Let’s go to the tape: All through the promotional work for Marry Me, we’ve noted that Jennifer Lopez is not the kind of actress who’s going to adhere to pretty, romantic, safely conservative and traditionally feminine styles to promote her rom com, even though that’s the standard move for practically any rom com star. We thought we had a handle on the sitch, but then she had to go show up for the premiere dressed like a bride. To be fair, we tend to think this is less about “Look at me, all romantic and non-threatening) as it is about knowing how to work the press. They’re arguably the biggest celebrity couple of the moment (if only in terms of how much press coverage they generate) and she knew good and damn well that pictures of them on the red carpet looking like they’re standing at the altar were going to snag her the kind of press she needs in a rocky movie release period. If they ever do get married, the likelihood of her wearing something cute and traditional like this is somewhere near nil. This is cosplay and he’s playing along, even if he does look like he just woke up from a bender.

They tried to take it away from being too literal with the shoe and clutch choices, but we don’t think they go with the dress at all. Can’t say she doesn’t look gorgeous, though. Previous post:
T LOunge for February 9th, 2022 Next Post:
Maluma in Grayscale at the MARRY ME Special Screening: IN or OUT?