Home » Movies » On the Set of “West Side Story”

On the Set of “West Side Story”

And now, a bunch of cute little Jets, doing their juvenile delinquent thing. 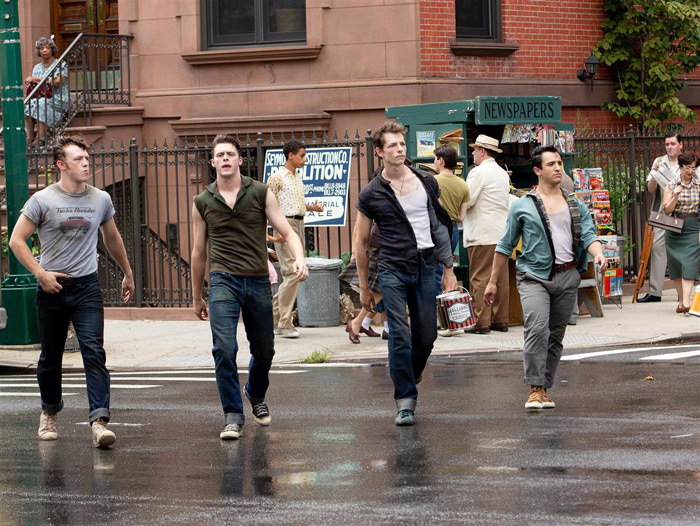 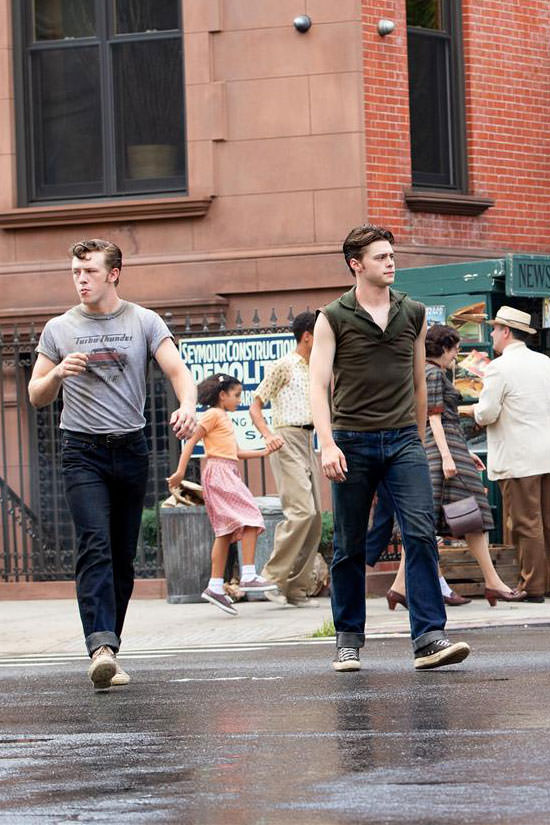 We realize there’s a lot of pushback against the very idea of a West Side Story remake, but the pedigrees on this one are interesting enough to keep us curious. Last month, they released a picture of the Jets, Sharks, Tony and Maria, to which we responded with mild disappointment, because the look of the characters seemed kind of basic and unimaginative. Over the weekend, a promotional shot of Ariana DeBose in the iconic role of Anita gave us a bit more of an idea of why an update with a racially and ethnically appropriate cast might be an exciting thing to see. Which isn’t to suggest that Rita Moreno (who is executive producing this remake and has a supporting role in it) wasn’t appropriate for the role in the original film, but an Afro-Latina would not likely have been cast in such a central role back in the day.

As for the Jets, the costumes remain only so-so. They look quite a bit more fit and pinup-ready than their OG forebears, but we can’t say that’s all that surprising, since young actors are generally expected to maintain a higher level of fitness than fifty or sixty years ago. Damn.  Now that’s what we call an argument in favor.

More info about the film:

WEST SIDE STORY is produced and directed by Steven Spielberg from a script by Academy Award®-nominated screenwriter and Pulitzer Prize-winning playwright Tony Kushner. The film has been adapted for the screen from the original 1957 Broadway musical, which was written by Arthur Laurents with music by Leonard Bernstein, lyrics by Stephen Sondheim and concept, direction and choreography by Jerome Robbins. Tony Award® winner Justin Peck will choreograph the musical numbers in the film. Also leading the production are Tony Award®-winning producer Kevin McCollum and Academy Award®-nominated producer Kristie Macosko Krieger.

The film’s music team includes renowned conductor Gustavo Dudamel, who will helm the recording of Bernstein’s iconic score; Academy Award®-nominated composer and conductor David Newman (Anastasia) who will be arranging the score for the new adaptation; Tony Award®-winning composer Jeanine Tesori (Broadway’s Fun Home and Thoroughly Modern Millie), who will be working with the cast on vocals; and Grammy®-nominated music supervisor Matt Sullivan (Beauty and the Beast, Chicago), who will serve as executive music producer for the film.

WEST SIDE STORY will be released by The Walt Disney Studios in the US on December 18, 2020.