Brie Larson and Scarlett Johansson Thanos it Up at the “Avengers: Endgame” World Premiere Just to be fair, since we forced you to vote on the best Avenger named Chris, we’re gonna throw out a couple blonde Lady Avengers who took a very similar approach to their red carpet style, opting for one very notable bit of branding synergy via accessorizing.

In this corner, we have Captain Cosmic Avenger, sporting the very latest in promwear: 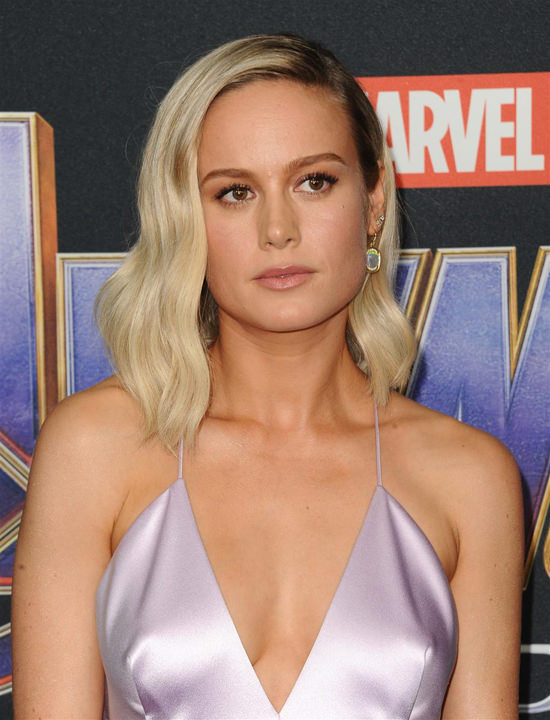 It’s pretty enough. The color’s a bit subtle but it works for her. The style is a bit dull, but she’s serving a classic Hollywood Glam sort look, so it’s fine for what it is. The accessories are what make it work. The shoes are killer but her take on the Infinity Gauntlet is what makes it kind of fun. Still, even though we get what she’s going for and the rings make sense in context, it still comes off like a bunch of mismatched rings. In this corner, Femme Fatale Assassin Avenger is also working a fairly basic Hollywood Glam sort of frock. Unlike Captain Cosmic, Femme Assassin is going hard on the sexy, offering up cleavage, leg and a fairly impressive walking-away effect. She’s not setting us on fire with her style choices, but we’ll say this is one of the better Johansson looks we’ve seen in a good while. But of course, the real question here is whether her take on the Infinity Gauntlet is better than Brie’s.

It is so weird, from a nerd perspective, to be talking about high-fashion Infinity Gauntlets on the red carpet. Anyway, the final vote is yours, but we tend to think Femme Fatale Assassin Avenger has a better red carpet game in this instance.