Home » Red Carpet » Olga Kurylenko and Pierce Brosnan at the “The... Pierce Brosnan and Olga Kurylenko attend the premiere of “The November Man” in Los Angeles. Olga Kurylenko is wearing a Michael van der Ham dress from the Fall 2014 collection. 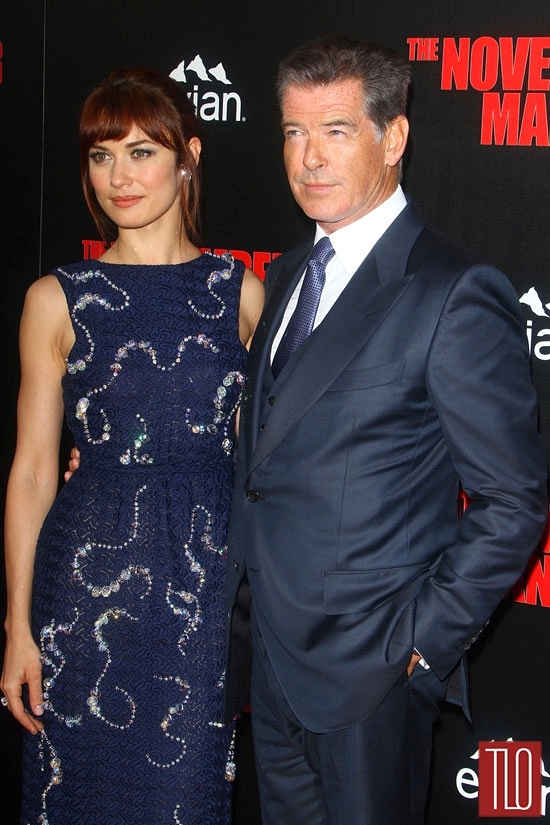 Her dress gets better the longer we look at it. We thought it was fairly low-key at first glance, but as we noticed the textural quality of it, the way the beading catches the light, and the spectacular things the shape is doing for her butt, we had to admit that this is one really well chosen dress. That was not, however, well chosen underwear because it’s practically glowing under the glare of the cameras. The shoes are nice, if you don’t peer too closely at her poor toes, but the color clashes slightly with the dress. Her makeup is really pretty.

He is SUAVE AS FUCK. He’s doing it exactly right. Except for the duck face, which he needs to stop doing immediately because James Bond don’t play that way.