Home » Fashion » Viola Davis in Helmut Lang at the Disney...

Not only are we over the proliferation of B&W on the red carpets of Summer ’14, but we’re also over the off-season deployment of leather in July – especially when it has that “blacksmith’s apron” quality to it – and the overuse of the random unflattering cutout. Miss Viola managed to hit the trifecta.

This is not, however, the worst offender we’ve seen all summer, mainly because she looks pretty good: 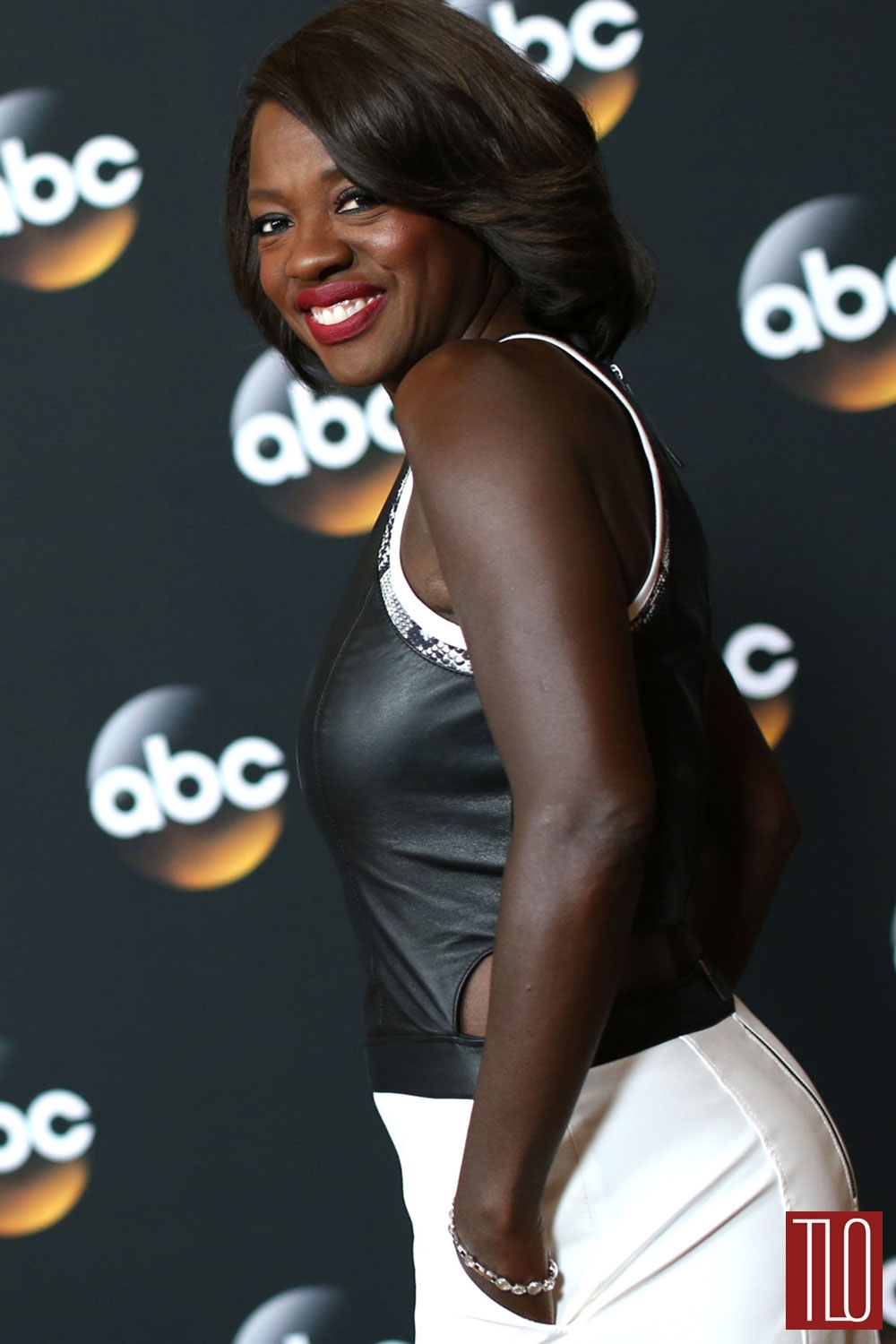 Sort of good. Okay, maybe just occasionally good in certain spots, like her head and the skirt area. She can keep both of those. While we appreciate the little strip of python to give the top more interest, it still looks heavy and armor-like. And those weird little cutouts at the side waist are just dumb. Also: ugly shoes.

Viola, we love you, which is why we’re telling you your face deserved a better ensemble than this.