We’re pretty sure only Solange could make this look work. 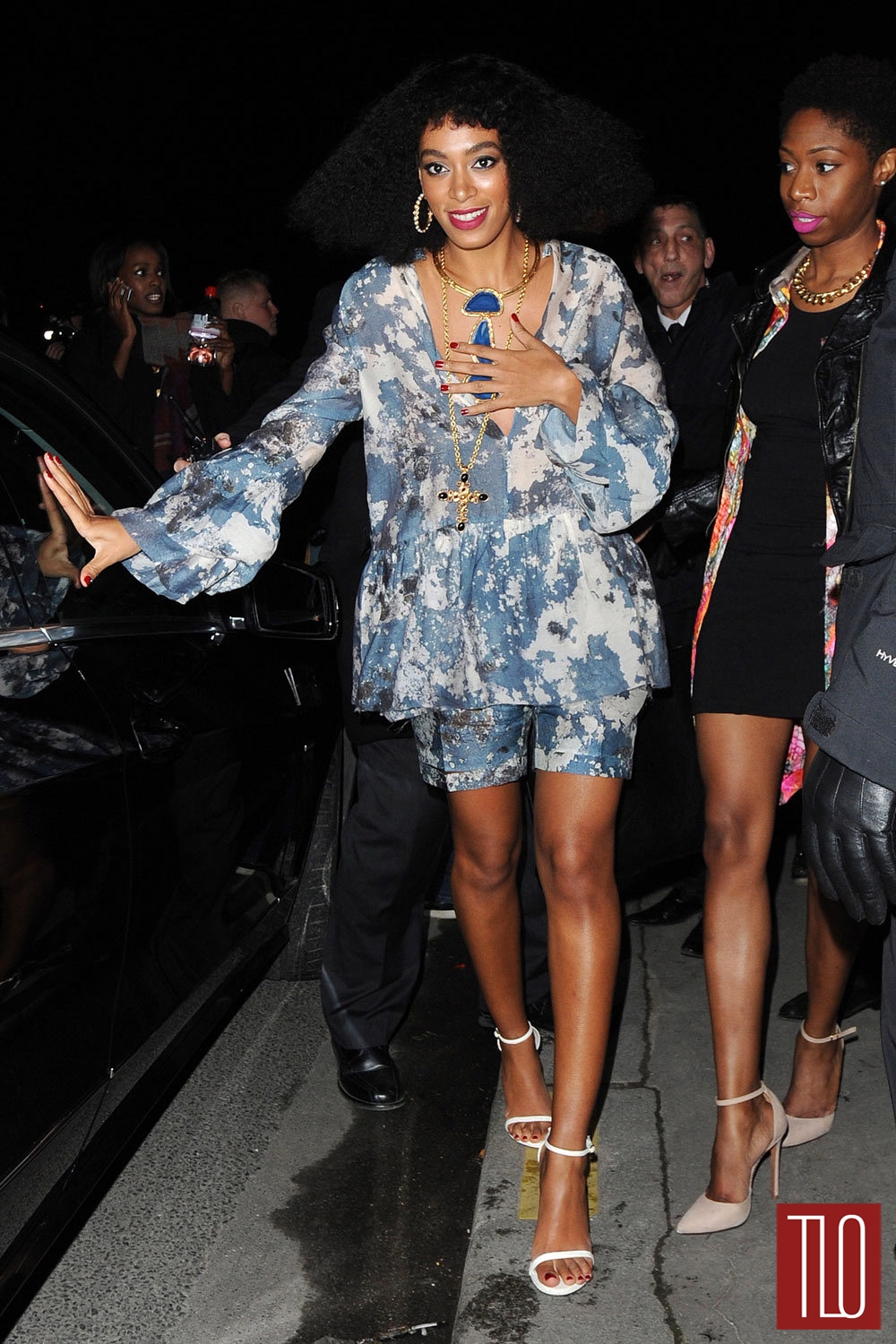 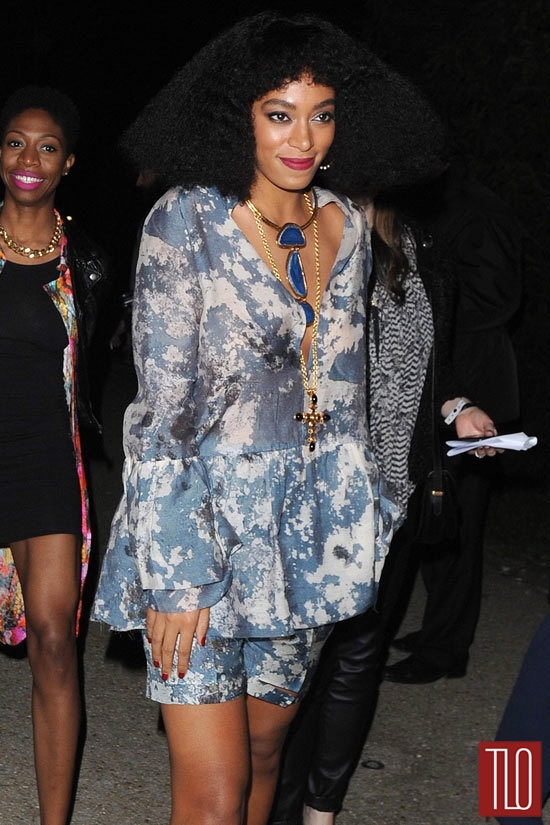 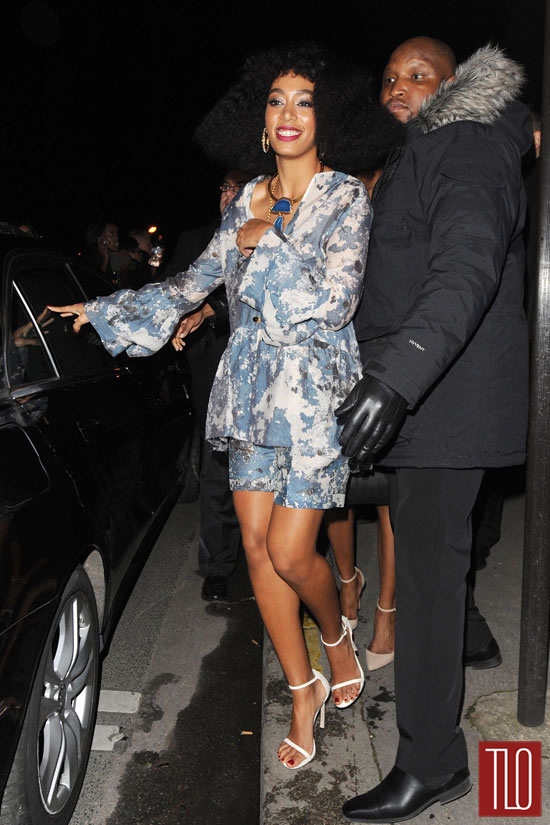 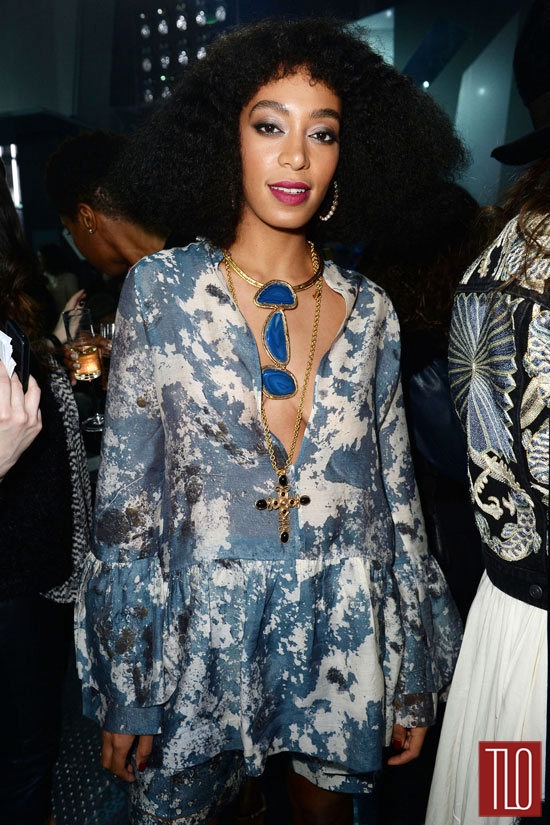 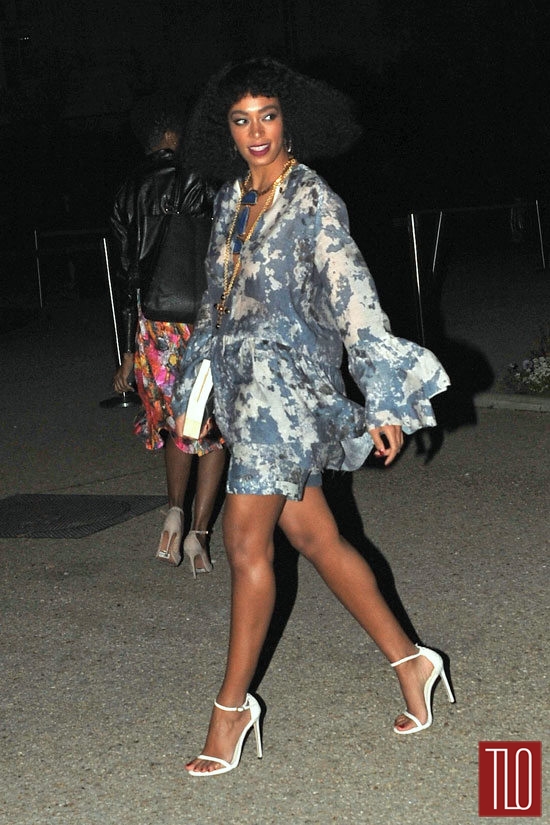 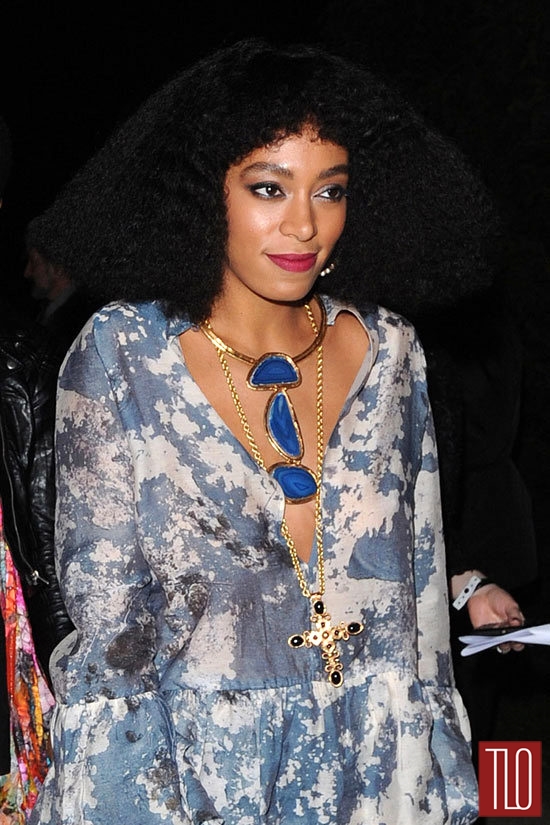 The shape, to our eyes, is kind of ugly, the print is a hard one to work without breaking it up a little, and the jewelry choices seem kind of random.  But damn, if this lady doesn’t have poise out the wazoo. LIVING for the Donna Summer hair. But get your fabulousness inside, girl. You look like you’re freezing.

Wazoo is a highly technical fashion term, by the way. Anna Wintour says it all the time.