Home » Style » Shania Twain Says Her Songs Belong to Everybody...

Shania Twain Says Her Songs Belong to Everybody for InStyle Magazine 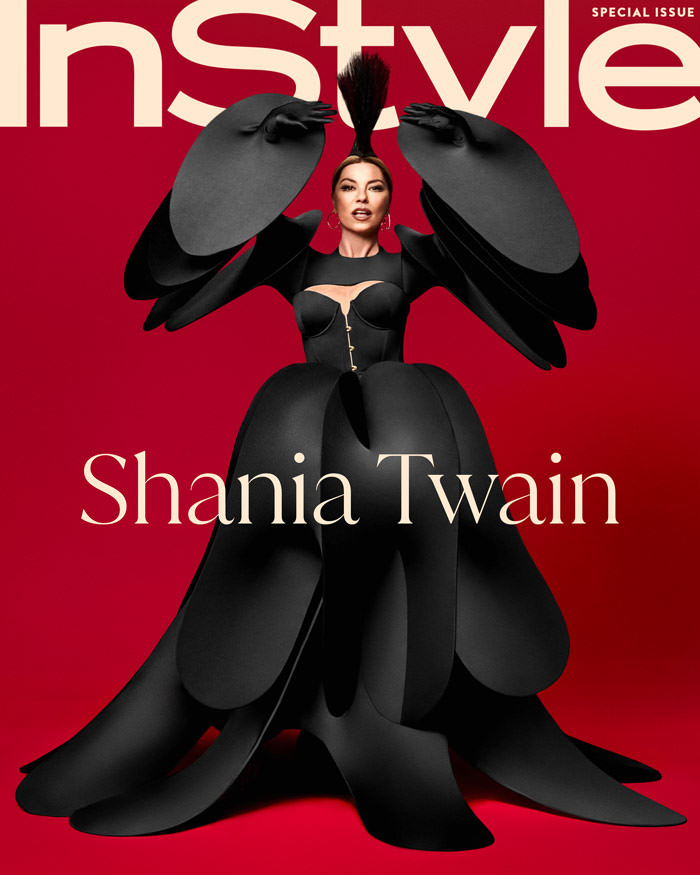 About recovering from surgery: “After I had the surgery, I was petrified to make a sound. I didn’t know what was going to come out.”

“It did scare me, but I just had to take the leap and make a sound. And I was so excited about what came out. It was a connection to the vocal cords and it came out very easily. I was really, really, really excited.”

What nearly losing her voice has taught her: “It’s a reminder, don’t take time for granted. Don’t take the opportunity for granted. It’s possible I might lose it, that it may not last. I guess any prosthetic or support that you get that is synthetic, your body still may give out around it. It could happen.”

About her new voice: “It’s easier for me to make loud sounds than it is to make soft sounds,” she says of the shift and how she adapted to the changes, which include Gore-Tex rods to stabilize her throat from what she called “flanging” and a lack of control. “When the air is dry, it’s harder to get that resonance. When I’m loud, it happens, which was the opposite problem before I got the surgery.”

“I’m just not as worried as I was when I was younger. I’m a professional. I want things to be great. I want to be as perfect as I can be as a professional, but I’m not a perfect person. I sound different. I look different and I’m OK with that. I’m fearless in that way and that motivates me.”

The sound of her new album: “It’s more rhythmic in a lot of ways. That is very new to me, to the broadness of my recording style so far,” she says. “There’s a lot more ‘get up and want to shake your body’ kind of thing. There’s still some stomp in there, though. It’s almost like everything is there, but a new dimension. I just really want to get up and dance to it myself.”

The unique origins of her song “Inhale/Exhale Air”: “I wrote that song right after I had a very bad battle with COVID, and my lungs were filling up with COVID pneumonia and I was losing my air. I survived it, but it was iffy,” she explains, adding that the simple video clip and a breathing exercise evolved into a song. “This minister, he just starts breathing in through his nose, out through his mouth. And I’m like, ‘I still identify with this.’ And he’s like, ‘Air.’ He says, ‘Air. What are you going to do with it?’ What are you going to do with it? It’s free, it’s there, don’t take it for granted. I celebrated it by writing a song about it.”

Why she values mentoring other artists: “Artists will ask for advice or will share stories and I feel a little bit like an aunt in a way. It sort of makes me feel auntie-ish, which I like. I enjoy it. I’m a nurturing person and I like to share my experiences,” she says of putting her heartache and successes alike out for everyone to see. “I’ve gone through them, so what good are they if I can’t pass them on or share them? It’s like dying with a good recipe. It’s a shame. Nobody wants to keep that for themselves. I enjoy passing any of it on.”