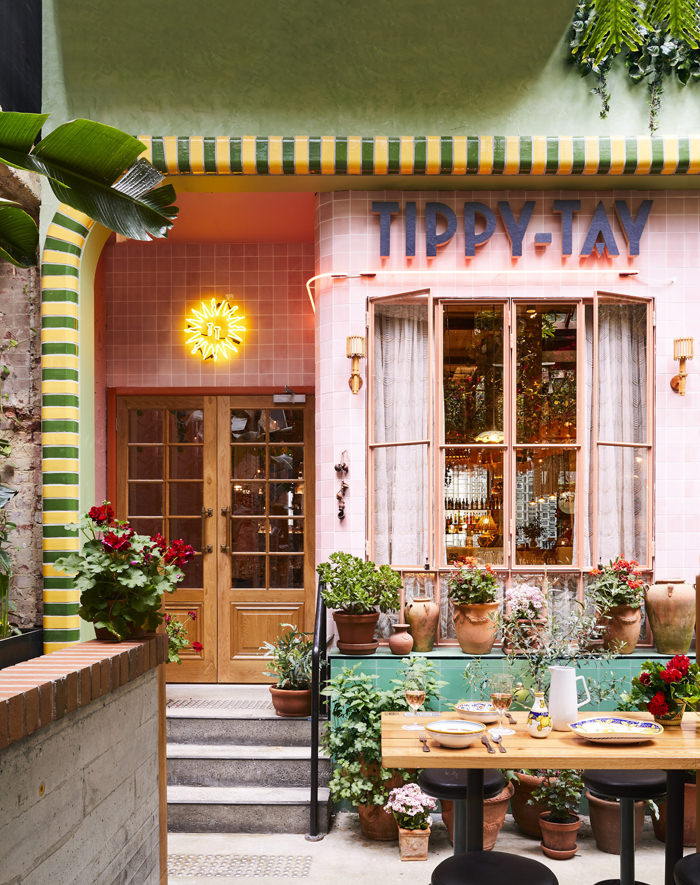 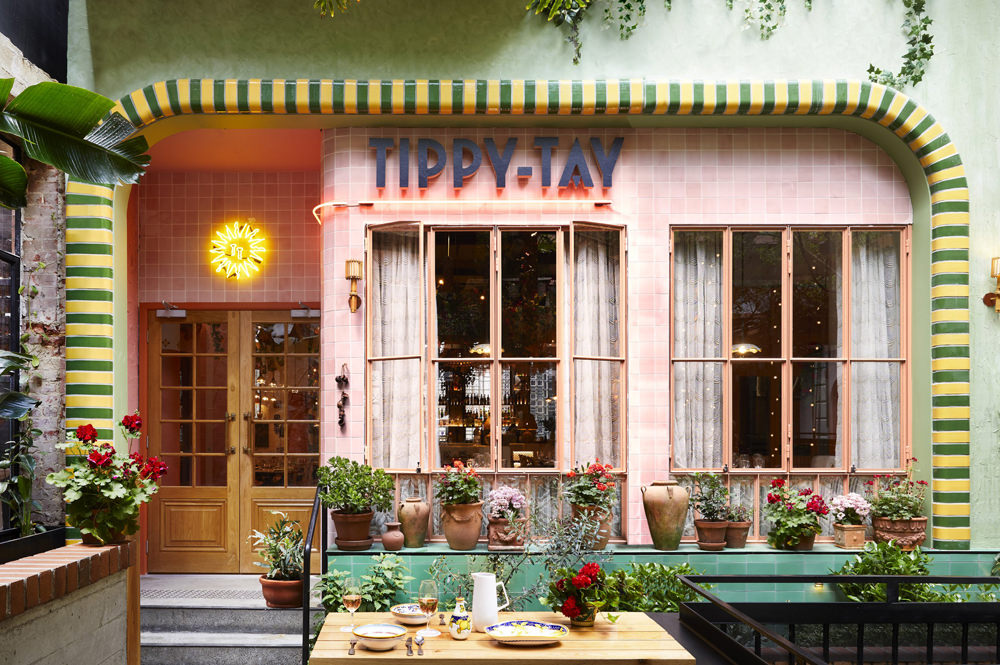 Let’s have a party today, okay? It’s WEDNESDAY, it’s a holiday week for most Americans, and a lot of us have some cooking and baking to do. In fact, you can get a load of everything coming out of T Lo’s kitchen in the next three days right here:

Here’s what I’m making this week. This nut roast for just us on Thursday served with mashed potatoes, cranberry sauce and a saladhttps://t.co/3DFvoR6sUW

We have a few nibbly bits of celebrity style to throw at you today and we’ll be back on Friday with a no-doubt scintillating podcast about whatever topic occurs to us between now and then, but we thought we’d take this moment to wish all of our kittens a Happy Thanksgiving and wish you whatever version of that sounds best to you, whether it means being surrounded by people or off on your own enjoying some quiet time.

The Evolution of Camilla’s Royal Style
The Queen Consort has carved out her own unique corner of the royal style pantheon.
From royal weddings and black tie events to international tours of the Commonwealth, Camilla carries out a number of official duties—and she has to look the part of the wife of the future King of the United Kingdom. Unlike the late QueenElizabeth—and her step-daughter-in-law Kate—Camilla usually steers clear of bright colors, favoring neutrals, pastels, and navy—with the occasional pop of bright blue. But when it comes to hats, she’s not afraid to make a bold statement.

Exposing the Secrets of the World’s Greatest Art Forger
Tony Tetro faked works by some of the best artists of all time, fooling collectors, museums, and even royals in the process. Here, in an excerpt from his new memoir, he reveals the tricks of his trade.
For a forger, drawing and painting and aging is just the beginning and most obvious part of the process. To really be a forger, you must have a voracious appetite for information and a sharp eye for detail. As you learn and read and watch, you are always on the lookout for a weak point, an opening, a mistake, any bit of uncertainty that allows your work a chance to exist. You are looking for plausibility. If you think about it, the key to being a great forger is not being a great painter but rather a convincing storyteller.

How Nicola Peltz Beckham Transformed Into Dorothy Stratten for Hulu’s Welcome to Chippendales
When we’re first introduced to Nicola Peltz Beckham as Dorothy Stratten for Hulu’s Welcome to Chippendales, it’s Friday night in late ’70s West Hollywood, and she’s arriving at the mirrored space that’s soon to become an infamously oversexed club. All in white, with blonde brushed-out waves swept into a hair comb, she orders a pink squirrel cocktail from the bar. What’s immediately striking is Peltz Beckham’s uncanny resemblance to Stratten, the very real, very beloved model and actress whose life came to a disturbing end.

A Tea Lover’s Guide to New York
Over the past few weeks, I visited some of my very favorite places to discover tea in the city—all with friends who love tea best. Along the way, it became more apparent to me than ever that the humble habit of a cup of tea can create the kind of quiet moment in this city that feels all too rare. Tea is an intimate luxury, a moment for oneself, and a simple way to feel good.

Budweiser Pledges to Send Unsold World Cup Beer to Winning Country
The World Cup sponsor was left with thousands of beers after a last-minute change banned them from selling alcohol at Qatar’s stadiums.
The winners of this year’s Qatar World Cup will need to clear a seat on their flight home for the World Cup trophy, an iconic gold and malachite sculpture that weighs over 13 pounds. The winning country also needs to ready both their bank accounts and their refrigerators for the other prizes that will be heading their way.
International soccer’s governing body FIFA has confirmed that the champions will get a jaw-dropping $42 million in prize money, which is $4M more than defending champs France collected in 2018. And on top of that, Budweiser has pledged to send all of the beer that it couldn’t sell in Qatar to the winning country, too.

Letitia Wright Criticizes ‘Disgusting’ Article About Vaccine Controversy
Letitia Wright is calling out a publication for seemingly comparing her to a group of “men who have been accused of abuse & sexual misconduct.”
On Monday, November 21, The Hollywood Reporter published an article written by executive editor Scott Feinberg about “How Personal Baggage Will Impact Oscar Chances,” which discussed how controversial filmmakers and actors like Woody Allen, Roman Polanski and Casey Affleck still went on to win Oscars after facing serious allegations of sexual abuse and harassment. And as such, Feinberg went on to wonder whether recent controversies involving three of this season’s nominees — Wright, Will Smith and Brad Pitt — would pan out differently.
“How dare you. You mentioned my name alongside men who have been accused of abuse & sexual misconduct. This is vile behavior,” Wright said, claiming that this was all the result of a “personal vendetta.”
“Stop your nonsense. I apologized TWO years ago. Remained silent on the topic,” she continued, before denying the article’s report about how she allegedly shared her views on-set.

This Thanksgiving it’ll be just my mom and me at the table. I’ll still be thankful.
I call my parents, aunts, and uncles “The Glue Generation.”
They exuded gravitas that none of us who came after could. For the five decades I’ve been alive, they’ve ensured everyone joins their Thanksgiving table in New Jersey: first cousins, first cousins’ kids, their kids, and me. We didn’t argue, but we didn’t have much in common. Still, we loved each other.
But that went only so far during the holidays. The Glue Generation’s adhesive weakened as its members vanished. This year, some relatives are joining in-laws. Others who moved decided not to come back. A few are taking a trip. There is no ill will, but slowly everyone moved on.
I did a quick head count for Thanksgiving dinner a week ago, and it was just two: my mother and me. That stung.

The Best Outdoor Christmas Decorations You Can Get for Under $50
This adorable decor won’t break the bank this holiday season.
Whether you’re after a snowy wonderland or want to transform your yard into a new second location of Santa’s Workshop, we found the decor to make it happen thanks to the likes of Amazon, Wayfair, Walmart and more. And because getting into the holiday spirit shouldn’t mean having to go broke, we’ve focused on finding the best outdoor Christmas decorations for under $50. Who doesn’t love a deal? Especially if you’re looking to save money so you can buy the presents on your shopping list. Here, the best outdoor Christmas decorations that won’t break the bank.

Where to Donate Toys to Kids Who Need Them Most
By giving to places like hospitals, daycare centers and Buy Nothing groups, you’ll be making some little ones very happy.
If you’re adding exciting new toys to your kid’s collection, some of their old ones might need swapping out. As kids grow, they develop new interests and skills, and former favorites get tossed aside like yesterday’s news. But unless those discarded toys are dirty or broken, don’t send them to the landfill: plenty of kids would love to give them a new home.
Here are some of the best places to donate toys, including electronics, stuffed animals, dolls and other playthings. Before you pack up the car, always call ahead to make sure the organization is currently accepting donations and whether they have any parameters you’ll need to follow.

The case for buying less — and how to actually do it
Buying fewer unnecessary items is good for the planet, your wallet, and your brain.
A 2019 survey by Ladder and OnePoll revealed that Americans spend an average of $18,000 per year on nonessential items, including streaming services and lattes, impulse Amazon finds, and unnecessary clothes. Not only is this enough to buy a semester of in-state tuition for your soon-to-be-college kid, but it translates to lots of clutter you have to deal with as items become unnecessary with time. Household goods and services are responsible for 60 percent of global greenhouse gas emissions, one study shows. It seems we are as aware as ever of this fact — since the pandemic, consumers want to reduce their unnecessary shopping behaviors.

How Jellied Cranberry Sauce Is Made
Americans buy 75 million cans a year, with 85 percent sold during the Thanksgiving to Christmas season. Here’s how it’s made, from the farm to the factory.
Jellied cranberry sauce is one of the easiest things to prepare on Thanksgiving. It slides onto the serving plate, retaining its cylindrical shape — and even some of the can grooves. Slice it along the rings and you have perfect circles of tart jelly to serve alongside traditional American fixings.
The sauce is “that same product you count on year after year,” said Joan Driggs, a vice president at IRI, a marketing research company. And this year marks the 110th birthday for the sauce, which was invented in 1912 by Marcus Urann, a Massachusetts farmer.

100 Notable Books of 2022
The year’s notable fiction, poetry and nonfiction, selected by the staff of The New York Times Book Review.

Natural Cold and Flu Remedies That Actually Work, According to Doctors
Here’s what you should be adding to your non-medicine cabinet.
You do your best to avoid falling sick when cold and flu season hits by getting your annual flu shots and COVID-19 booster, but despite your best efforts, the sniffles oftentimes strike. And while most of us turn to fever and cough suppressants to feel better, it might be habit to reach for a few natural remedies, too—especially if brewing a cup of honey-ginger tea is something your mom used to do.
But do these solutions go beyond ritual? Are natural remedies really effective? We reached out to few doctors to discover just how helpful ingredients like honey, ginger, zinc, and garlic actually are when it comes to battling common seasonal illnesses.

This Dreamy Italian Town Will Pay You $30,000 to Move There
Welcome to Presicce.
Forget dreaming about moving to Europe — this Italian town will pay you to do it.
The town of Presicce, located in the Puglia region, is the latest Italian destination to entice new residents with a few financial incentives. According to CNN, officials announced they are willing to pay people up to €30,000 (or just about $30,000) if they will commit to buying an empty house and live there permanently.
The outlet added that the homes for sale were all built before 1991 and begin at 25,000 euros, meaning you could walk away with a rather cheap new abode, all thanks to the community’s new program dubbed “Welcome to Presicce-Acquarica.”
However, just be prepared for a little bit of work as these homes have been abandoned for some time, but really, the fun is in the renovation project.