Home » Television » Sarah Jessica Parker and Kristin Davis on the... 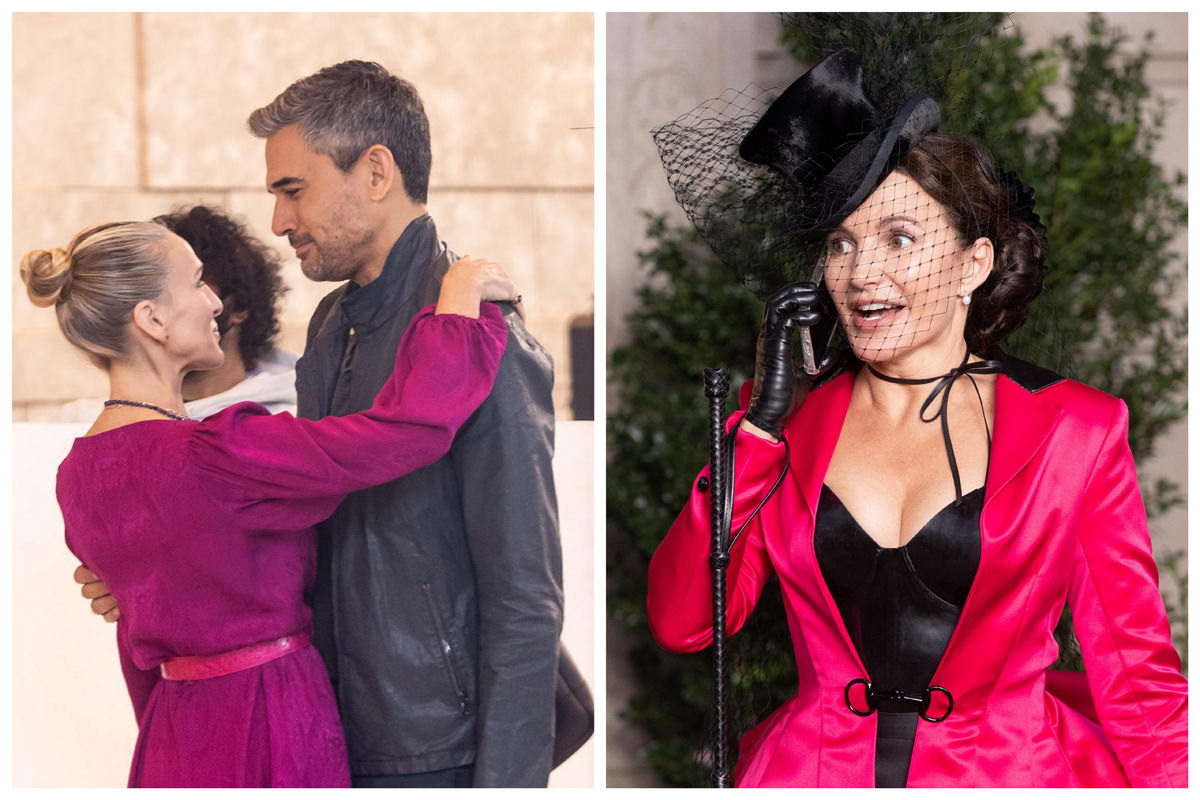 Street kissing and ridiculous outfits! Yes, those sassy middle-aged gals from Sex and the City are back for season 2 of the sequel series no one asked for And Just Like That. Do we sound snarky and ennui-ridden about the whole thing? Yes. A little. Will we watch every episode? Of COURSE we will. Now, let’s check in on the girls. It looks like Carrie’s podcast producer, played by the very pretty Ivan Hernandez, is still in the picture – at least for now. That doesn’t look like the most passionate embrace in the world and generally speaking, people only carry empty coffee mugs on the street if they’ve just been asked to clear out their desk and leave the building. Besides, he wasn’t the most interesting guy in the world and we can’t imagine they killed off Big just so Carrie could settle down again. Besides, you know Aidan’s waiting in the wigs. Carrie’s outfit is cute, but she would never be so matchy-match. Sigh. We’re sighing. Out loud and everything. The thing about the crazy fashion on the original Sex and the City was that the show’s costume designer Pat Fields had an insane love of quirky looks and hard-to-find pieces. The characters were all dressed appropriate to their lives (for the most part), meaning the corporate lawyer did not dress like the sex columnist who didn’t dress like the stay-at-home mom. Now, it just feels like they put everyone in the most outrageous fashion just for the spectacle of it. We have no doubt there are good story reasons as to why Charlotte is dressed up like Eliza Doolittle, but we suspect they’ll just be cover for the real reason behind the costume: posts like these.