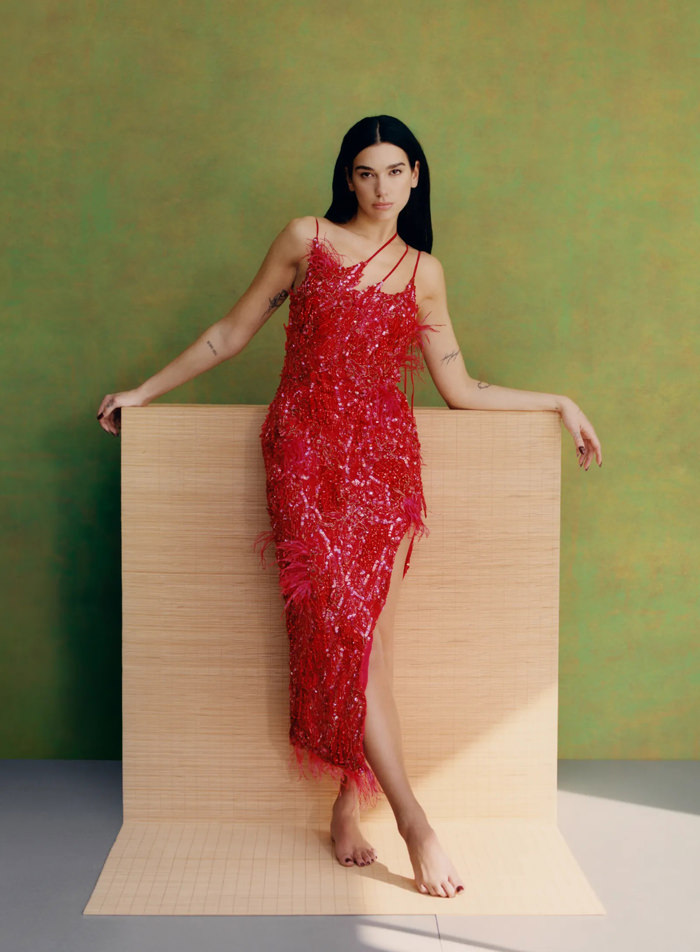 Even a viral shimmy Dua was mocked for on TikTok a few years ago finds its way into her encore performance of “Don’t Start Now,” a physical clapback to the haters, with a dash of self-​deprecation.

“All I ever wanted was for it to be about the music,” Dua says. “My goal was, I want the music to be good enough so that people would talk about that more than anything else. But unless you’re a fully formed pop star who’s trained in pop-star camp for five fucking years before you hit the stage for the first time, one misstep, one wrong move, one dance that doesn’t really work and it’s used against you. That was fucking hard for me.”

“I’m always on the side of the oppressed,” says Dua, a vociferous supporter of refugee groups, LGBTQ rights, and racial justice. She’s also pro–Labour Party, anti-Brexit, and confounded by the proliferation of guns in the U.S.

“Being from the U.K., it’s hard for me to wrap my head around. When I’m in the car with someone in America and they have, like, a little bit of road rage, I’m always like, ‘Don’t do it. You have no idea who that other person is and if they’re carrying a gun,’ ” she says, in a room in which it’s statistically likely that nearly half its diners own one.