“The Lord of the Rings: The Rings of Power” Reveals Character Posters 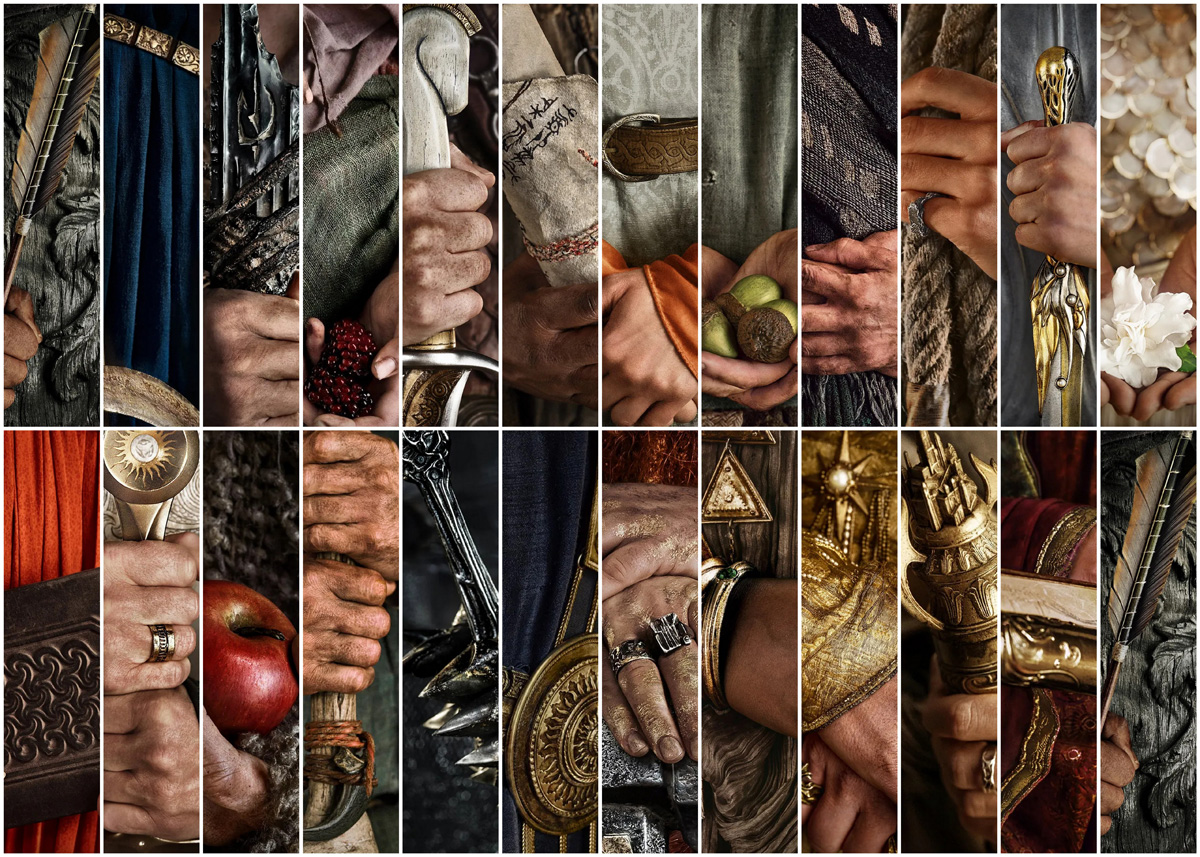 Amazon released a whole truckload of character posters for The Rings of Power, its upcoming series based on The Lord of the Rings. When we say “character posters,” what we really mean is “hand posters,” because aside from some easily pegged references to Elven and Dwarven designs and motifs, there is almost no easily found information in these shots. Given the title and the posters themselves, it’s likely that we’re looking at several of the ringbearers (including Sauron and probably Galadriel), although not everyone in these pictures is wearing one. Aside from that, we’ve got no clue, but they sure look pretty. Any more expert-level nerds want to weigh in on these?