Home » Celebrity » Kim Kardashian Out and About in NYC in...

Kim Kardashian Out and About in NYC in Balenciaga 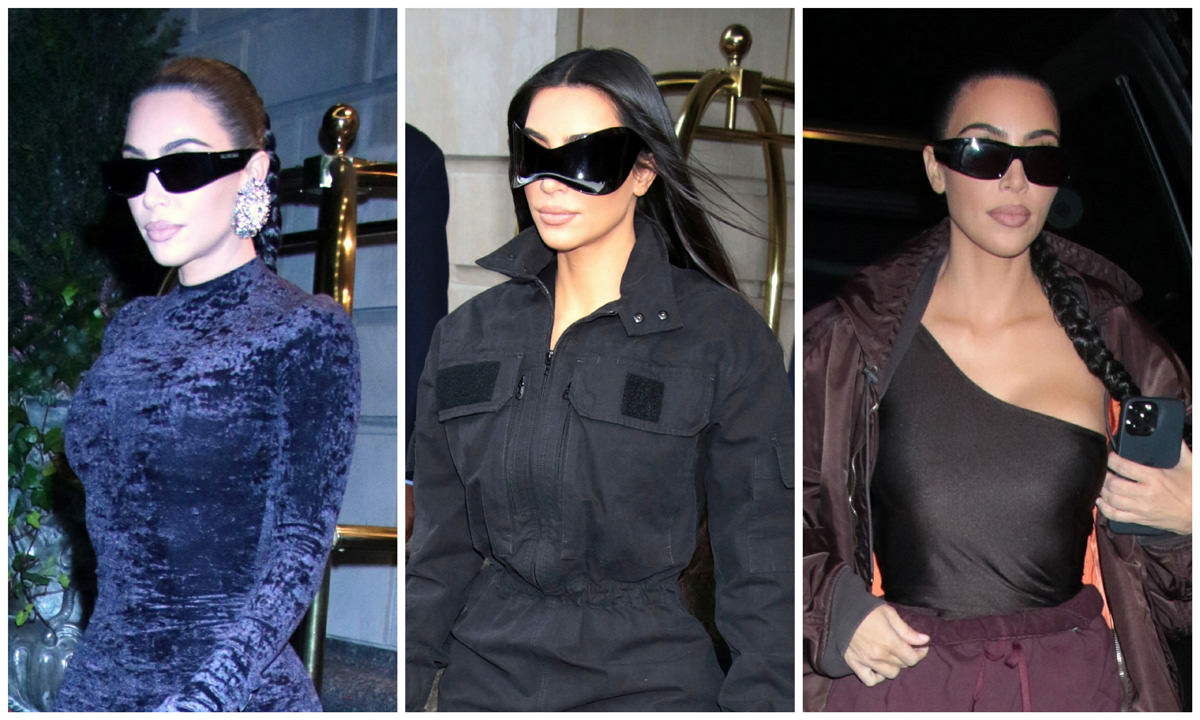 Kim Kardashian has been photographed exiting and entering places all over New York as the celebrity gossip folks practically light themselves aflame with each new rumor that she’s spending time with Saturday Night Live star Pete Davidson. Personally, we figure Davidson is a go-to guy for any celeb lady on the rebound simply because Ariana Grande said he had a big dick and it makes really good press to be seen with him for a brief period of time. We doubt very much they’re actually dating. They’re just using each other for press. We can all tut-tut about it but it’s literally one of the oldest stories in the entertainment industry. Davidson gets to look like a stud and each successive ladystar gets to look like she’s having fun and shocking people. Anyway, she’s been serving lewks all week and we’re afraid it’s time for us to admit something: this is absolutely the longest stretch of unobjectionable Kim Kardashian looks ever. Leaving Kanye really did have a change on her personal style and while it’s often as body-based as it ever was, it sure feels like she’s expressing herself a bit more through her fashion lately. She’s all about the covering up at the moment, which she’s been doing so consistently that it no longer feels like there’s a question as to its deliberateness. We don’t mind a but of this look. It manages to feel very over the top but also minimalist at the same time. Say what you will about looks like these; no one else in the celebrity world is doing it quite this way. She’s managing to loosen up quite a bit more. Her accessorizing remains as questionable as ever – that doll bag looks ridiculous in her hand – but we’re amused at how she scales up her shades when her silhouette gets a little larger. We don’t think that’s accidental at all. Another notable thing about her style: she actually has a fairly adept understanding of proportions. No, really. Like a drag queen, she knows how to accentuate specific body parts and minimize others based on how she dresses. That doesn’t necessarily mean the results are always good, but she is deliberate in how she uses proportions to produce a highly specific image of her own body. Again, we see no problems here. It’s not chic to our eyes. And to us, it’s only stylish in the sense that she has a very specific and replicable style, which she has cultivated well and, like it or not, has been highly influential. This feels very New York in a very curated and image-conscious sort of way. As with so many of her turns in the public eye, she knows exactly what she’s doing.