This is one of those rare instances where we almost feel like we’re being a bit presumptuous in thinking we have any room to dispense advice, but Daniel Craig’s long record of impeccable suiting aside, we feel like he made one major mistake here. 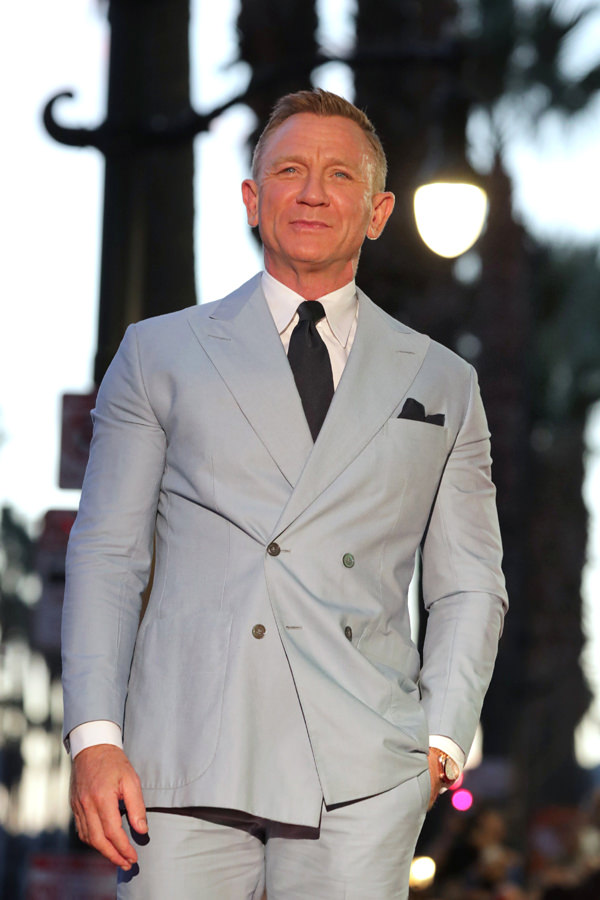 It’s an absolutely gorgeous summer suit very smartly chosen to match is ice-blue eyes and the fit is pretty much flawless as per usual. Also, we are once again compelled to point out that he may have the best classic dress shoe game in the red carpet world right now. But dressing for a Walk of Fame ceremony is always a tricky thing. You need to look as glamoruous as a movie star in order to justify the entire point of it and to give the crowds of supporters who showed up something to look at. But you also need to crouch down on the sidewalk and come off looking not only dignified, but still glamourous and hot. He needed to keep the bottom button of his jacket undone in order to kneel down, but double-breasted jackets really need to stay completely done up or there’s no point to them. It’s hanging badly on one side in most of the shots.

But yes, he looks great, this one quibble aside. In fact, he looks better than 90% of the stars who’ve been asked to lie down on the Hollywood Boulevard sidewalk over the years. Like we said, it’s a tough gig to pull off.

Daniel Craig gives an acceptance speech after receiving a star on the Hollywood Walk of Fame: “I’m gonna keep this short and sweet, which is kind of what I am.” https://t.co/e6f0Q96Yiy pic.twitter.com/4AuRwIJMuM