A Tory Burch dress would not necessarily be our first choice when predicting what Cynthia Erivo would wear to a Venice Film Festival photo call. It’s not a time or place for being low-key and besides, we’re pretty sure she’s incapable of being low-key when it comes to her style choices. Not that there’s anything wrong with the Tory Burch aesthetic, just that it’s not quite as theatrical as Miss Erivo prefers. But this is a masterpiece of styling: 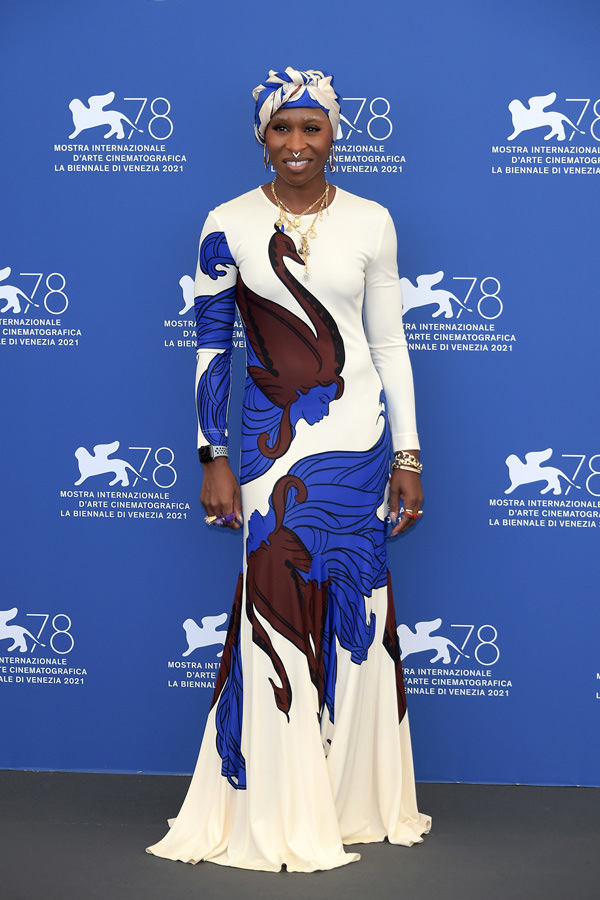 THAT’S how you turn a Tory Burch dress into a Cynthia Erivo red carpet moment. The turban and jewelry are both GLORIOUS choices. To be fair, the dress is a bit more dramatic than the usual Burch fare, but there’s no denying that the styling and the wearer took it to a whole different place and level.