Home » Fashion » Jennifer Hudson in Dolce & Gabbana at the...

Jennifer Hudson in Dolce & Gabbana at the “Respect” Premiere Miss Jennifer Hudson showed up for the premiere of her Aretha biopic in a great gown… beautiful gown, which is as it should be. And because she’s paying tribute to the queen herself, said beautiful gown was in an entirely appropriate royal purple. All she needed was a crown to complete the picture. Instead, she inexplicably wore a veil. 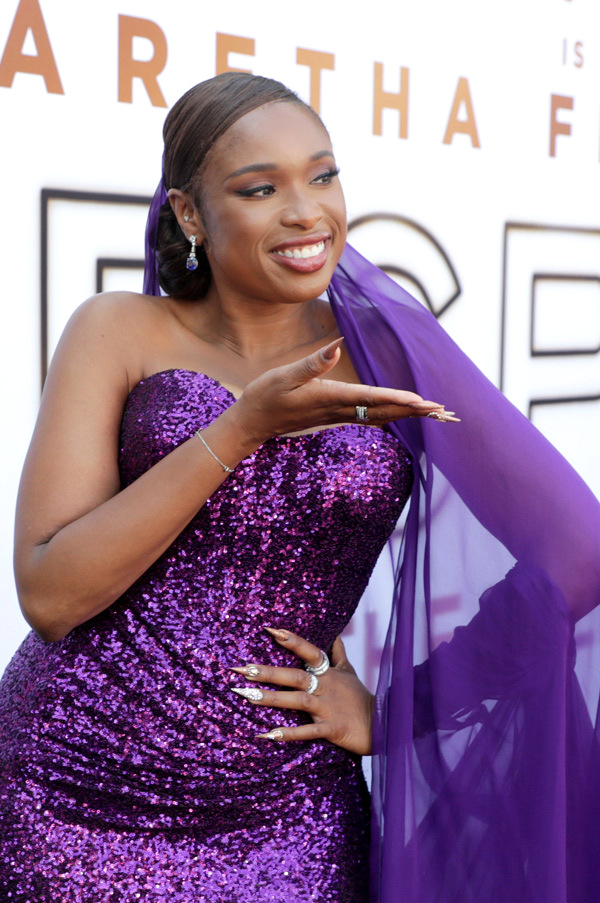 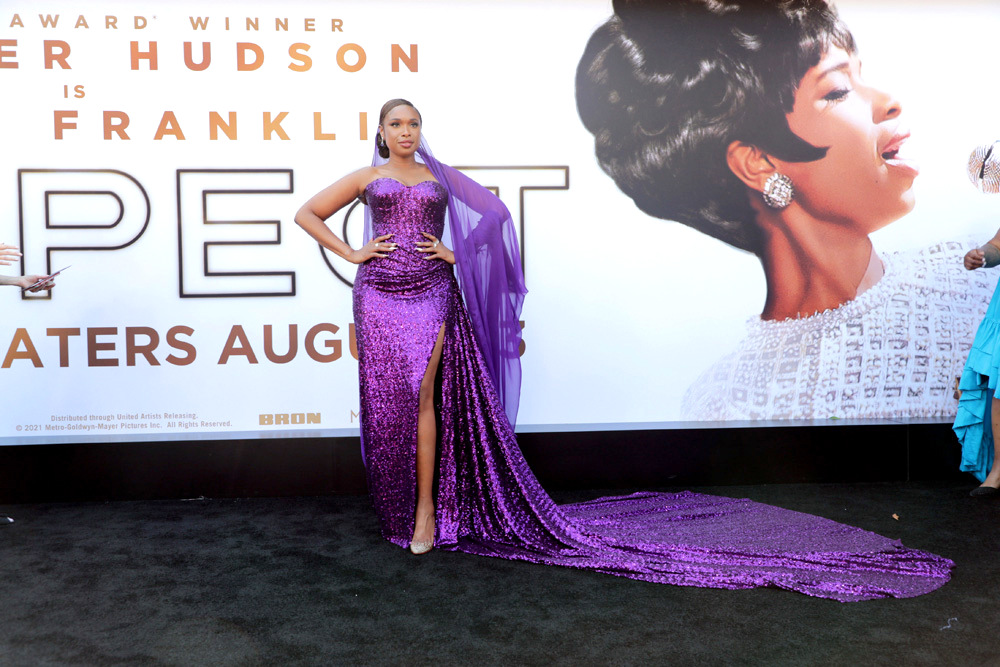 She looks gorgeous, of course. The purple really pops on her and the entire effect is a very Aretha-esque sense of unfussy  divahood. We’re just not feeling the veil. The only reason it doesn’t look bridal is because of the color. We like the effect of all that flowy, drapey sheerness, which makes us think she’d have been better wearing it as a kind of shawl or wrap, hanging from the shoulder or elbows. And since we’re quibbling, we may as well admit that we don’t think the shoes are the best choice. We appreciate the sparkle, but they tend to pull focus a little. We think a richer gold or even a bronze metallic would’ve worked better. Love the hair, makeup and nails, though.