If there’s one thing we can take away from Drag Race España‘s inaugural season, it’s the idea that an international Drag Race franchisee is much better off creating its own thing rather than trying to just be another slot in the worldwide Drag Race entertainment machine. This was never more evident than in its finale episode, in which the crowning of a particular queen was treated almost like an afterthought to an hour-long celebration of the art of drag. All of the markers of a Drag Race finale were there; a choreography challenge, a series of exit interviews, and a final unveiling of each queen’s best drag followed by a lip sync. But all of that felt perfunctory. The exit interviews lingered just long enough on each queen to reveal some aspect of their backstory, whether it was the backlash suffered by Killer Queen, Carmen Farala’s struggle to build a life and career with low resources, or the particulars of Sagittaria’s rather recent entry into the world of drag. But the editing was brisk and very little time was wasted on trying to get anyone to cry, let alone on casting Supremme in some sort of life coach role, as RuPaul has done in recent years. Which isn’t to say the queens aren’t appreciative of Supremme’s presence. All three of them paid her the utmost respect, over and over again in their comments. Ru has sort of lost that old-school drag mother vibe in her onscreen persona. Supremme comes off genuinely touched by the girls’ response to her, whereas Ru always seems to be expecting, if not demanding their respect. There was a half-hearted attempt to drum up some drama between Carmen and Sagittaria, but it resolved itself quickly because these queens were way more about celebrating each other and their own accomplishments than about eliminating threats or dominating the competition. It’s just not that kind of show; not really. Rather than the finale to a cutthroat competition, it felt more like a graduation ceremony for some sort of drag finishing school. Lots of tearful goodbyes and declarations of love. It was sweet, actually. We especially love how kind and supportive Ana, the Javis, and Supremme were in their final commentary to the queens. Like the exit interviews, the actual number felt a little perfunctory and under-produced. None of the girls were asked to do anything particularly challenging in terms of choreography. We’ve been figuring all along that it was only a matter of time until Carmen got the crown, and this number felt like the show simply filling up air time before they could get down to it. It was fine, everyone acquitted themselves well enough, but it didn’t feel like any of the queens really connected with the song, which is kind of telling. One of Ru’s signature drag songs got little more than a shrug from the girls but when they were tasked with lip-syncing Rocío Dúrca’s La Gata Bajo La Lluvia, they tore that stage the fuck up.

But first, they had to deliver their best drag. We think Carmen deserved the win for a whole host of reasons, but dominating the final runway looks was not one of them. Of the three finalists, only Killer Queen served up something that truly felt finale-worthy. We agreed with Ana Locking that she routinely has a problem with proportions and silhouettes (that hem length is awkward as hell), but she was polished and transformed at a level somewhat above the other two. Of all the queens this season, she’s been the biggest surprise. Sagittaria’s final look was … fine. We think the last few episodes have demonstrated that she reached the limits of her drag some time back in the competition. She’s very good, but she’s just not fully baked as a drag queen yet. So much of her drag relies on her own body and bone structure, with very little variation in style or look. She’s to be commended for really giving it her all near the end, determined to take things as far as she could in the competition. Carmen’s look sums up Carmen’s drag as well as Carmen’s appeal: She is an old school queen who sews her own gowns and consistently serves classic glamour looks. Her drag rarely approaches any sense of pushing the envelope or taking the art form in a new direction. She serves up classic female illusion drag with a strong Hollywood undertone to it. It’s not new, and quite often, it’s not the kind of drag Drag Race tends to reward, but it really is the heart of traditional drag and she does it all extremely well. We came away from this finale thinking that, of all the queens, she’s the one we most want to see with some money, exposure, and opportunities coming her way. Imagine what she could do with all three, considering how handmade her current drag is. 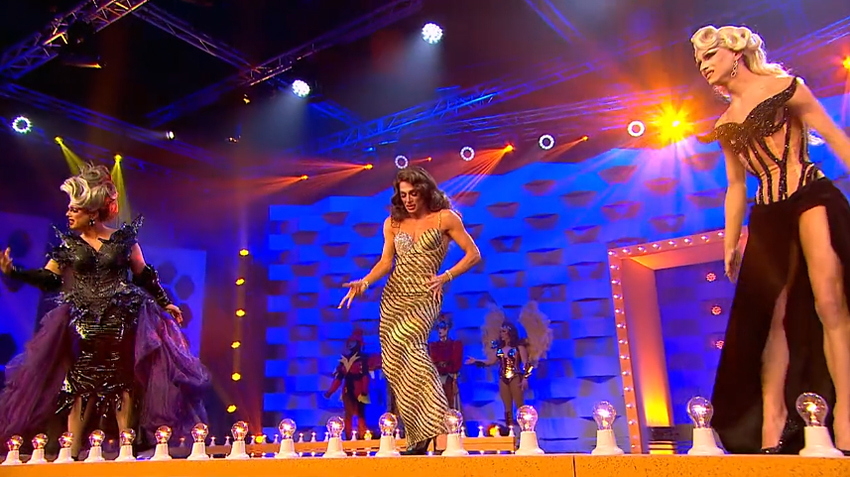 Carmen also has an old-school drag performer’s ability to do a lot with very little. It’s notable that none of the queens here really attempted the sort of kinetic, dipping and flipping lip syncs that the English-speaking Drag Race franchises tend to highlight. The song called for old-style chanteuse drag and no one on that stage was better equipped to deliver it than Carmen, who executed a perfect wig snatch and had a faux-vibrato you could see from space. She served up pure drama without a lot of pyrotechnics and she strikes us as the kind of queen who could hold a crowd in the palm of her hand for as long as she wanted to; a true homemade drag artist and classic spinner of illusions. This is the first time we’ve seen an international Drag Race winner who felt like she had true international superstar potential to her. Carmen Farala, we cannot wait to see what you do next.