Darlings, today’s podcast is all about one of our favorite topics: costume design. It’s also about your two humble hosts stepping up and doing that thing that just isn’t natural for podcasters: admitting when they’re wrong.
We got our hot little hands on a Cruella screener and we’re embargoed from posting our review yet, but we can tell you this: we don’t think our eyerolling at the promotional material for the film was warranted in retrospect. 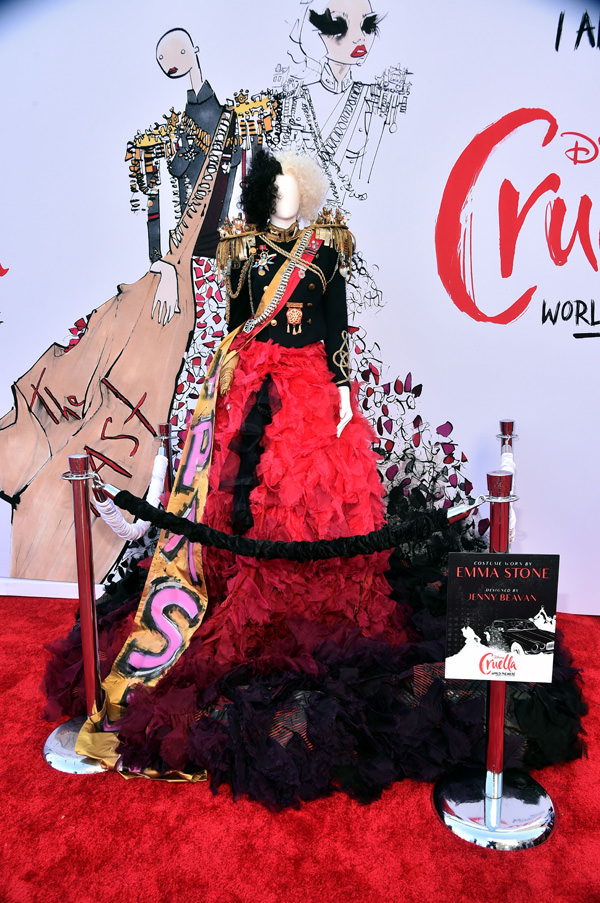 To be fair, we still think it’s weird when corporations appropriate aesthetics from punk and the anarchy movement, but that stuff’s a bit overemphasized in the runup to the premiere. What we can tell you is that the costume design by Jenny Beavan is some of the most eye-popping fashion seen on film in a decade-plus. We talk a bit about her clear inspirations, the movements and influential people it’s paying homage to, and why her approach represents the very best thing about costume designers and how much they differ from fashion designers. Continuing that theme in our uncharacteristically cohesive podcast, we sat down with costume designer Jeriana San Juan to talk about her work on Netflix’s Halston. In particular, we were fascinated by the intersection of fashion design and costume design and those points in the story when one had to take precedence over the other. How do you execute a rejected Halston design? When do you recreate pieces exactly and when do you take license? What are the broad strokes of designing for a fictional Liza or Elsa Perretti? A topic near and dear to our hearts and the chance to talk with an absolute master regarding her work. We think you’ll love this one.

And as always, kittens: THANK YOU for all your support.