Kacey Musgraves thought she had it. She describes the moment when she felt “on top of the world” in 2019, when her record Golden Hour was named Album of the Year at the Grammys. In ELLE’s June/July 2021 cover story, on newsstands June 8, the singer and songwriter reflects on where she is now, the inspiration for her upcoming album, redefining her views on marriage following her divorce from Ruston Kelly, what she learned from her guided mushroom trip and more. “If you would’ve told me the night of the Grammys, ‘Hey, in two years, you’re going to be divorced and have a whole ’nother album written,’ I would have been like, ‘F**k off. No. No way.’” 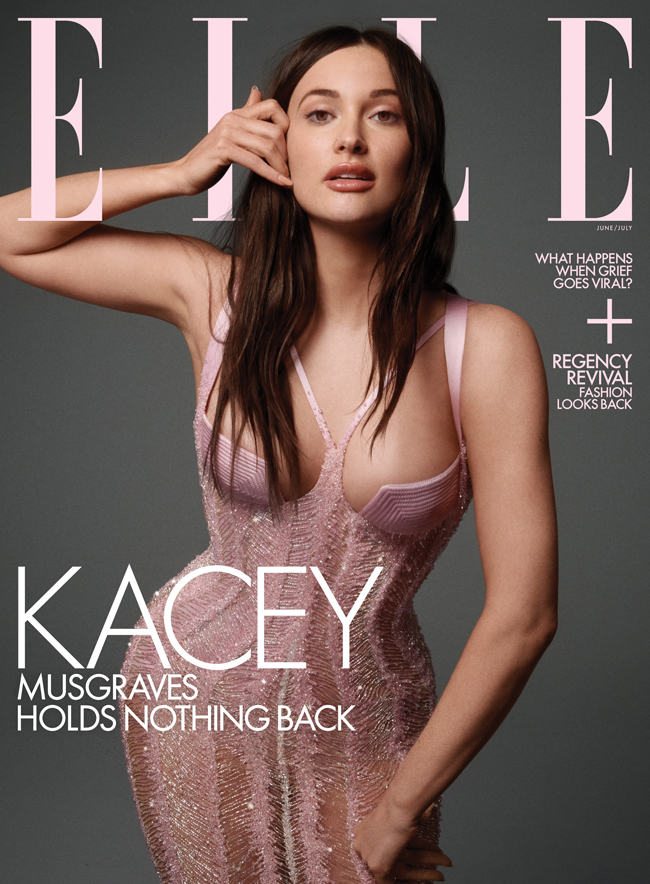 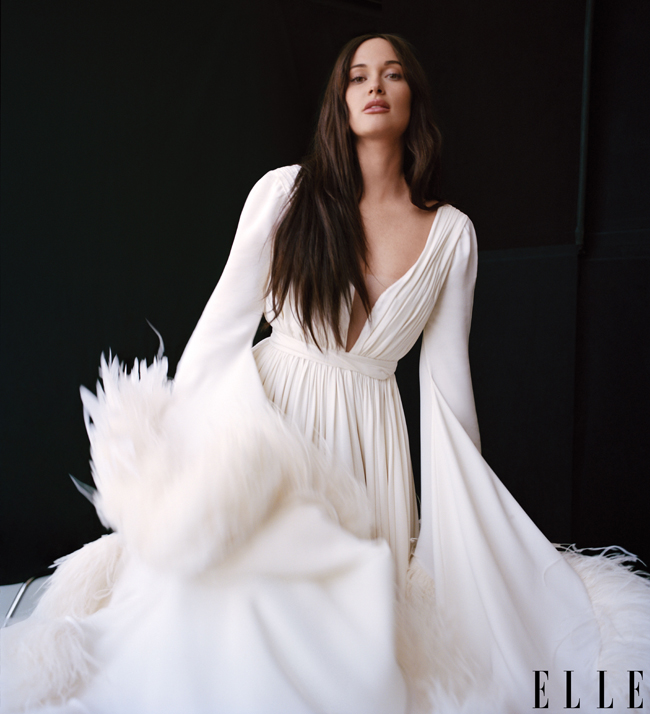 On drawing inspiration from literature including Shakespeare for her upcoming album, which she refers to as a “catharsis”: “I’m constantly torn between free will and fate,” Musgraves says of her conception of the world, and for her, the genre has resonated in ways both personal and political. “I think when you look at the whole last year, or last four years, here in America, you could say that on many fronts it was a tragedy,” she says. “Then whenever I zoom in to my own personal life, I also experienced tragedy, but in a completely different, personal way.” The album’s three-act structure came to her a few days before recording. She was lying on her bed, journaling and listening to Bach. “The word tragedy just popped into my mind. And I was like, ‘Whoa, what if the album was formulated like a modern Shakespearean or Greek tragedy?’”” “Being a human is tragic, but it’s also beautiful. And you can’t really experience the beautiful parts of life without also experiencing the absolutely heart-wrenching.”

On how the upcoming album differs from her previous album: “Golden Hour was, in a lot of senses, escapism,” she adds. “It was fantasy. It was rose-colored glasses.” Its successor, she says, “is realism.” She tells the story of “two people who love each other so much, but they cannot make it work in the physical realm to be together, because it’s just not written in the stars for them. It almost takes the blame off the two people, which is what I like, because it could be easy in a heartbreak to be like, ‘Well, you f**ked up, it’s your fault.’ ‘No, you f**ked up, it’s your fault.’ And it’s like, ‘No, let’s just blame the stars. Let’s just say that we’re not meant to be.’”

On the vulnerability shown in her next album and why ‘it’s kind of scary’: “It’s daunting to put your emotions about something really personal on display,” she says. “I haven’t spoken much about this chapter, and I don’t feel like I owe that to anyone, but I owe it to myself as a creator to flesh out all these emotions that I’ve felt, and I do that through song. It would be strange if I didn’t acknowledge what happened in my life creatively, but it is scary to be like, ‘I’m about to share my most personal thoughts about me, about this other person, about a union that I had with someone.’ I mean, I’m not a ruth- less person. I care about other people’s feelings. So it’s kind of scary.”