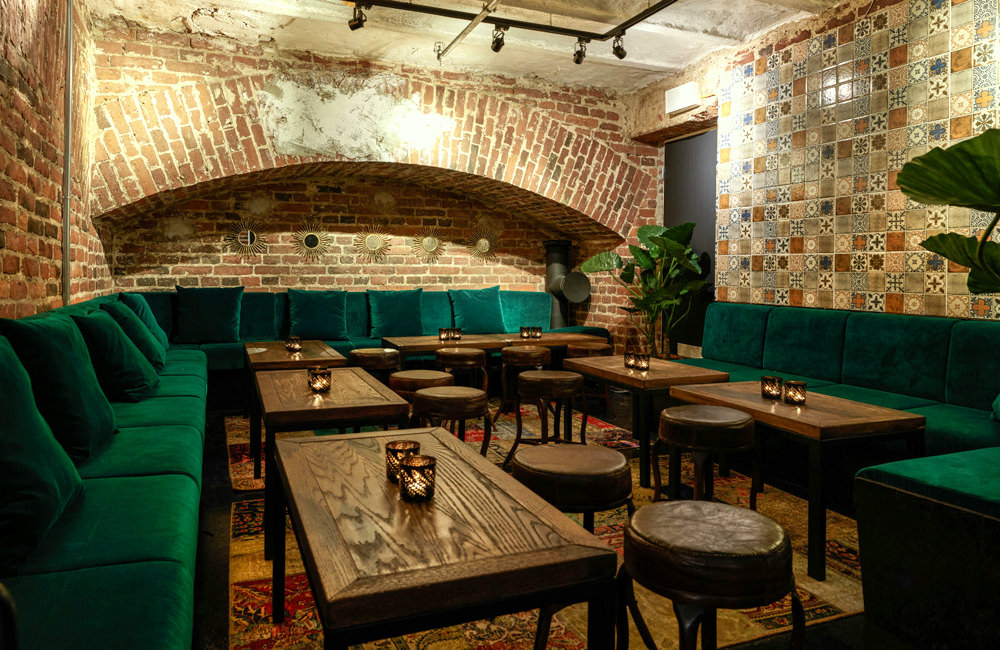 Let’s order nosh and nibblies and sit around gossiping all day, kittens! It’s TUESDAY and we’d like to pretend we have nothing better to do for as long as possible. Join us!

We’re pleased as punch and thrilled as … something that begins with “th” with the prospect of a nearly full plate of awards season celebrity style content this year. To be honest, we weren’t sure what to expect. The celebrity publicity machine figured out a method to continue it work during this weird time, as we knew they would, but we kind of assumed there would be a collective sense of burnout and “Why bother?” as the pandemic culture starts winding down and looking toward the aftermath. This has not been the case and we’re surprised to admit that we’re really looking forward to the Oscars and the BAFTAs. Now we just have to hope they can figure out some way to give us a Met Gala this year.

Anyway, we’re off to set up all that lovely, blessed, welcome style content. Chat amongst yourselves until we throw something at you!

Prince Harry and Meghan Markle Embrace Archie in a New Stunning Family Photo
The snapshot was taken by Misan Harriman, the same photographer who captured the Sussexes’ Valentine’s Day pregnancy announcement.
“What wonderful news to celebrate on International Women’s Day!” Harriman captioned his Instagram, referencing Meghan and Harry revealing they are expecting a baby girl this summer to Oprah. “Congratulations my friends, and welcome to the #girldad club H ❤️”

A Century Later, Garment Workers Still Face the Unfair Labor Conditions That Sparked International Women’s Day
Could garment workers look to the past for the tools needed to herald a better future?
Over a century later and 3,000 miles from Cooper Union, the site of the 1909 strike’s genesis, garment workers toil in similarly abysmal conditions in factories throughout Los Angeles’s Fashion District, mere blocks from the shining spectacles of the Staples Center and Walt Disney Concert Hall. While much of the industry’s production is now outsourced overseas to countries like Malaysia or Bangladesh, where lax labor laws allow for the further exploitation and abuse of workers, there are also about 45,000 workers laboring in these warehouses, who work for as little as three cents per piece that they assemble. Other hazards abound: Dust is thick in the air, bathrooms are left unmaintained, rats can be seen scurrying across some factory floors.

Inside The Secret Society of White House Social Secretaries
The Bidens are bringing a new administration to Washington, D.C. What will that mean for the city’s social life?
Years ago, during a former presidential administration, there was a dinner at the White House honoring a prominent patron of the arts. His twenty-something stepsons were seated on either side of a celebrity who was then, and remains now, a household name. She was not pleased. “She took one look at the seating and called over the White House social secretary and said, ‘I do not find this to be appropriate seating. I do not know these people,’” recounts one of the stepsons (as long as no one’s identity is revealed). “The secretary said, ‘These are the sons of the honoree of the evening and if you are not comfortable, we suggest you not stay.’ Of course, she did stay.”
This is the job of the White House Social Secretary. It’s a position whose holder has to navigate the fine but distinct line between graciousness and boundaries—often for some of the most powerful (self-appointed or otherwise) people in the world.

The Best Bagels in America
Nearly 50 of the greatest bagel shops from coast to coast.
Here’s the thing about making bagels—it’s not hard. Have you managed to produce a passable sourdough loaf over the last twelve months? Now that’s a feat of baking strength. Have you ever succeeded at making a baguette? Maybe you should forget about bagels and move to France. To master bagels, any experienced baker will tell you: Follow a few simple rules, and nobody gets hurt.
So why, then, if they really are that easy, are most American bagels barely worth a bite? You don’t have to be very old to remember a time when New York was synonymous with the utmost quality, a time when bagels were nearly always sensibly sized, golden brown and micro-blistered on the outside, crackling as the knife went in. The proof was the pull, in your first bite, like daily strength training for your teeth. The rest of the country? Who needed it.

Who Will Be the Next Decorator-in-Chief?
The Bidens are not rushing to hire an interior designer, but whoever lands the gig will inherit a historical backdrop of unique political power.
Few jobs in interior design are as coveted as the plum assignment to decorate the White House of a new administration. The Kennedys had Sister Parish, the Reagans had Ted Graber—he came up as assistant to Billy Haines, the revered Hollywood decorator—and the Obamas had Michael S. Smith.
All put their stamp on the People’s House, and all understood its unique power as a tool of political diplomacy. So does Joseph R. Biden Jr., an institutionalist who has spent over half his life amid the pomp and circumstance of the nation’s capital, but like his old boss, former president Barack H. Obama, the 46th president is coming into office with more pressing agenda items than looking at swatches.

Should We All Be Drinking Olive Oil?
Suddenly, the ancient elixir is being hailed as the ultimate beauty treatment.
Norma Kamali, ageless at 75, has called olive oil her “favorite beauty food,” and habitually carries a mini bottle with her wherever she goes. Gleaming, golden Jennifer Lopez insisted that it be a key ingredient in her new skincare line, having slathered it on her hair and body since childhood. Gwyneth Paltrow and Beyoncé consume it liberally. Sophia Loren bathes in it, literally, and look at her. Could the fountain of youth be lurking in our kitchen cupboards?

Introducing British Vogue’s 2021 Hollywood Portfolio, Featuring 27 Of The World’s Biggest Stars
Held against the backdrop of a world in chaos, this year’s Baftas and Oscars will offer escapism like never before.
Frances McDormand as a woman lost and found on the fabled highways of America; Viola Davis as the “Mother of the Blues” making her first recordings as the world flits between loving and loathing her power; Steven Yeun as a young father risking it all on Arkansan soil; an unforgettable 24-minute single take of Vanessa Kirby set during a home birth; and 23 more exquisite, poignant and hilarious performances celebrated by Vogue.
The film industry is wounded badly, but its stories continue to nourish, heal and offer escape, even hope. So see them all, on whatever screen you can, while we wait for those cinema lights to fade to magic once again.

The Rigorous Empathy of “Oprah with Meghan and Harry”
This iconic artifact of pop culture could not have been without Oprah.
This instantly iconic artifact of pop culture could not have been without Oprah, a truly singular examiner. Is what she does simply interviewing? She certainly asks questions, difficult ones, and doggedly follows up on hedges or evasive responses. But she is also something of an emissary, a reactive translator of emotion, a master weaver, pulling disparate revelations into a collective portrait that colonizes the mind. The question is never just a question; the subject is helpless to her storytelling, a rigorous empathy that was like refuge to the Duke and Duchess, who have long been prostrate to the narratives of the tabloids. “Were you silent,” Oprah asked Markle, “or were you silenced?” When she does this, it is like opening a door. And Markle walked right in.

Quarantine Made Me Long for Painful High Heels
Suddenly all those old fashion torture devices are looking awfully good.
The torture devices of fashion, previously demonized as tools to disempower women (cocktail dresses, corsets, pantyhose, awkwardly sized handbags), have taken on a whole new cast in the pandemic, while the comfort clothes lauded as their better replacements (tracksuits, flats) are now synonymous with being stuck at home: limited, constrained. It is increasingly apparent that the moral ratings we attach to clothing derive from associations. Heels — or, say, waddle-inducing pencil skirts — were only constricting when one could rightly argue that woman were pressured into wearing them, when there was the suggestion of a lack of choice. What happens to that theory when the option to wear them is basically gone? And when the thirst to put them on appears on its own, uninfluenced by gaze or occasion, on a quiet Tuesday morning, while eating leftover takeout by the fridge between video calls? Locked down, we can appreciate what makes us feel free: what we want, what we miss.

The Best Bagels Are in California (Sorry, New York)
West Coast bakers are driving a great bagel boom, producing some of the most delicious versions around and finding ways to expand during the pandemic.
When Zachary Liporace moved to Los Angeles from New York, he tried every bagel in town. In 2017, when he was working as a caterer, he started a pop-up called Pop’s Bagels, named for his grandfather. “New York-style is an influence, for sure,” he said, but he still hesitates to use the phrase on his menu. In part, it’s that the term connotes so many different things to different people, often setting them up for disappointment. Compared with a New York bagel, “our bagel’s not as dense and chewy,” said Mr. Liporace, 34. “And the exterior is different, because we use deck ovens.”