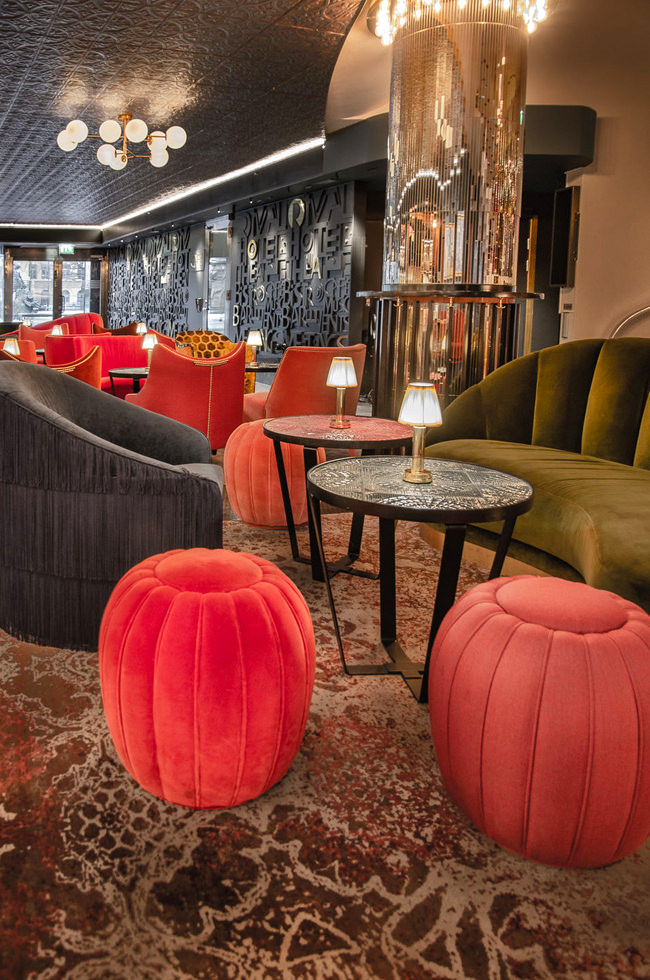 Plant your ass on velvet, darlings! We’re all exhausted and stressed, but at least we have each other – and an open bar tab. Let’s make the most of it, shall we?

Today is THURSDAY. So there’s that at least.

This doesn’t rank high on the list of the worst things about this week, but it sucks that the worlds of celebrity and fashion came grinding to a halt during the election. We’d love nothing more than to show you a parade of celebrity style, but everyone’s hunkering down. Fret not, for we have plans to keep you entertained today in our own way. And until then, at least you have our carefully curated Menu of Distractions to keep you afloat.

How to Make a Downton Abbey-Inspired Christmas Wassail
It’s the perfect drink for chilly weather. How to Make a Downton Abbey-Inspired Christmas Wassail
Wassail, a hot mulled punch usually made with cider and sometimes with ale, has been part of British Christmastime festivities for hundreds of years. In the eighteenth century, it was the custom to invite friends and neighbors to play cards and to enjoy dinner together on Twelfth Night.
The wassail bowl, full of roasted apples in sweet spiced cider or ale, was brought in at the end of the evening. First, each person scooped out an apple and ate it, and then the bowl was passed around the room and everyone would drink from it and wish one another good health.

Prince Charles on His “Stopped Clock” Style and Fondness For Mending His Clothes
The Prince of Wales reflected on his personal fashion sense during a discussion about sustainable fashion.
Prince Charles makes headlines for many reasons but his fashion sense is not usually one of them. However, the heir to the British throne’s passion for sustainability is well known, and he has recently been reflecting on how that influences his style.
The Prince of Wales chatted with editor-in-chief of British Vogue, Edward Enninful, about traditional skills in the British textile industry and creating more sustainable fashion. During the discussion he joked that the way he dresses was “like a stopped clock” but added that he likes to find “brilliant makers” as well as get items repaired rather than throw them away.

New Romeo & Juliet Movie, Starring The Crown’s Josh O’Connor, Set for PBS
Chernobyl’s Jessie Buckley will star opposite O’Connor in the made-for-television production from UK’s National Theatre.
Before the ongoing pandemic brought public performances to a halt, Josh O’Connor—best known to Town & Country readers as The Crown’s Prince Charles—was set to lead a UK National Theatre production of Shakespeare’s Romeo & Juliet, opposite Chernobyl’s Jessie Buckley. Now, the play is being reconceived as a TV movie, the first original production for the screen to be filmed in the theater’s South Bank home.

How Will We Dress in the Future? These Central Saint Martins Students Have the Answers
With a reputation for consistently producing some of the most influential players in the field of fashion—Phoebe Philo, John Galliano, Riccardo Tisci, Alexander McQueen, Stella McCartney, and Grace Wales Bonner to name a few—London fashion college Central Saint Martins has been a crucial source of talent to the fashion industry since it was founded in 1854.
“Fashion at CSM is not just about clothes,” says program director for fashion Hywel Davies. “We aim to be at the heart of the debate about the future of fashion. We developed our reputation for excellence by supporting students to develop their own individual voice, and by doing this, they find their own authentic narrative.”

Zoom Therapy: What Are We Gaining, and Losing, From Going Digital?
It isn’t just the discomfort of being on camera that people don’t like. Mina Naderpoor, a 26-year-old L.A. resident who has been in somatic and cognitive therapy for a decade, explained to me that as someone who deals with issues like body dysmorphia, sharing a physical space with her therapist is very important: “When you’re on Zoom, they can’t see your physiological responses to things. Like, if my hand shakes in response to something,” she said. “It’s hard to be validated virtually because they can’t see my physical being. I’m a floating head.” Not to mention the fact that not everyone has a space they can carve out for themselves. Naderpoor has roommates, and has had trouble finding an environment that feels private or safe once a week.

21 Times Beyoncé Dazzled In Jaw-Dropping Jewels
Queen Bey’s collection of jewels is legendary. Over the years, Beyoncé has accumulated an impressive collection of opulent crowns, statement necklaces, custom hoops and even 18-carat sparklers, with a large amount of her treasure trove designed by celebrity jeweller Lorraine Schwartz.
It was Schwartz who was enlisted by Jay-Z to create Beyoncé’s show-stopping, 18-carat, emerald-cut, flawless diamond solitaire engagement ring complete with a split shank, with which he reportedly proposed in 2008 – the very same year she first sang the immortal words, “If you liked it then you should have put a ring on it”. (Message clearly received.)

Celebrities And Their Dogs: All The A-List Pooches From Jennifer Aniston’s To Ariana Grande’s
A series of celebs and their puppy friends.
Celebrities, they’re just like us – dog lovers.
For many an A-Lister, a dog is a loyal companion to accompany them on the road (or the red carpet, in Tom Hardy’s case), serve as a protector and be a trusted confidante – they’re hardly going to sell stories to the tabloids, now are they?
From Ariana Grande to Jennifer Lawrence to Selena Gomez to Priyanka Chopra and Nick Jonas, celebrities love their dogs and the proof is in the picture…

Women of the Year: Gillian Anderson shows her mettle as the Iron Lady in The Crown
In a career full of memorable roles, Gillian Anderson is at her most compelling with her total transformation into Margaret Thatcher
There was a moment, making the fourth series of The Crown, when Gillian Anderson was in full costume as Margaret Thatcher and her partner, the series writer Peter Morgan, came to see her on set. “I smiled at him, as me, Gillian, smiling at her boyfriend, and he said, ‘This is Thatcher! This smile is Thatcher!’” Anderson recalls, laughing. “And I’m like, no! This smile is me!”
Watching the show, you can understand the confusion. In the role, Anderson performs one of those metamorphoses where though she is entirely visible as herself beneath that great cloud of hair, she is also utterly transformed. For a while, the creative team had toyed with the idea of her wearing prosthetic teeth to capture the distinct shape of Thatcher’s mouth, but Anderson found them too cumbersome.

First Look: Billie Holiday’s Blues
The feds hounded her because they feared her voice. An exclusive preview of Lee Daniels’s new movie, The United States vs. Billie Holliday.
Andra Day remembers being 11 years old and hearing Billie Holiday’s music for the first time. “I was like, What?! This is nothing like Whitney Houston!” she recalls with a laugh. “It really transformed me as a singer.” Now the Grammy-nominated artist is set to play Holiday in “The United States vs. Billie Holiday,” directed by Lee Daniels (“Precious”) and written by playwright and screenwriter Suzan-Lori Parks. The drama, due out February 12, delves into the Federal Bureau of Narcotics’ quest to imprison Holiday on drug charges as retribution for her singing political songs like “Strange Fruit” and her dedication to integrating audiences.