With a buzzy new role on the streaming platform Quibi and a rumored pregnancy with husband Joe Jonas, the former Queen in the North has a clear place in Hollywood’s new royal court. But don’t let her worldwide fame fool you: the wisecracking, refreshingly irreverent Brit is anything but a princess. 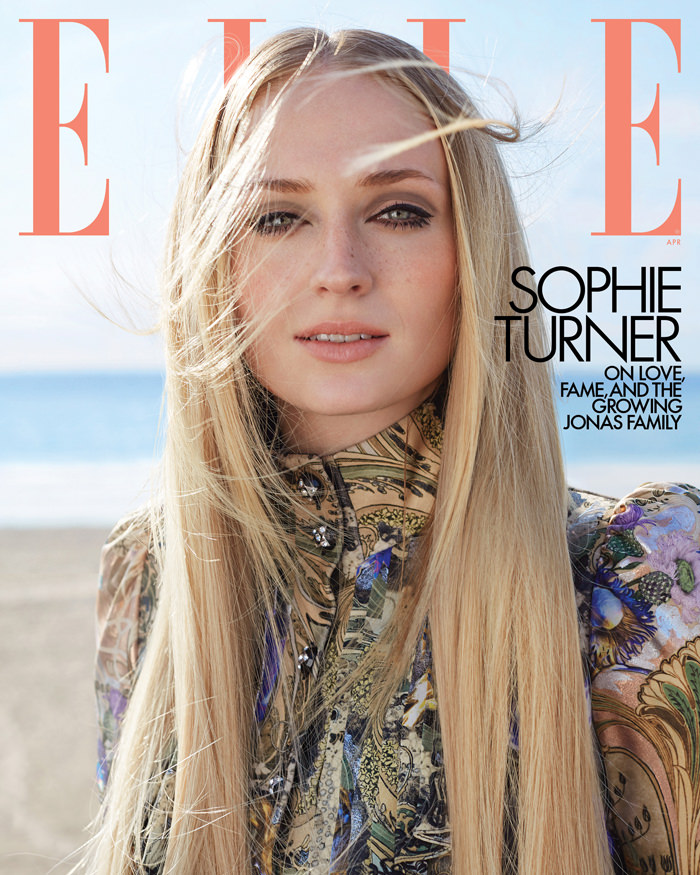 ON NOT BEING A JONAS BROTHERS FAN INITIALLY: “My friends and I were not Jonas Brothers fans. There was this band in the UK called Busted. They had a hit called ‘Year 3000.’ It was amazing, and we were huge Busted fans. Then the Jonas Brothers covered the song and made it massive. And Busted broke up. We thought it was all the Jonas Brothers’ fault. So we hated them.”

ON MEETING JOE JONAS FOR THE FIRST TIME: “I expected him to show up with security and everything. I thought he would be such a d**k. I took all my guy friends with me to meet him, because in the back of my mind I was worried he could be a catfish, or… I don’t know what. I just wanted my guy friends with me. I had my rugby boys. I was safe.” The meetup happened at a bar in Camden. “The best thing was that he didn’t bring security. He brought a friend and they drank just as hard as the rest of us. I remember us two spending only a couple of minutes on the dance floor, and then we found a space in the far corner and we just talked. We talked for hours, and hours, and hours. And I wasn’t bored. It wasn’t contrived, it wasn’t small talk – it was just so easy. Soon, we were inseparable. And then I went on tour with him.”

ON ‘PUNCHING ABOVE HER LEAGUE’ WITH JOE: “With Joe, I always felt like I was the one who was punching, like, way above my league. And I still feel like that,” Turner says. “He’s so handsome, talented, funny, charismatic. I’m really lucky to be with him and have someone like him want to be around me and spend time with me.”

ON WHY SHE LOVES BEING MARRIED: “I feel as though the only thing that’s changed for me is having this incredible sense of security. Just the word ‘husband’ and the word ‘wife’ – they solidify the relationship. I love being married. I think it’s wonderful. I’m sure we’ll have our hiccups, but right now the security and the safety are everything.”

ON BEING A J SISTER: “It’s also nice to have built-in girlfriends who are actually really cool, who I can hang out with and we can really talk to each other about, like, how crazy the boys’ lives are. We can relate on so many different levels. It’s like, thank God, because you never know [about your in-laws].”

ON NOT WATCHING THE ENDING OF GAME OF THRONES AND BEING AMONG GREATNESS: “I began watching when the last season started. I was planning to watch the rest, but then I fell behind. And then I started reading all these comments online…” I ease her off the hook: “And you didn’t want to ruin it?” “I feel like not everyone can be satisfied with the ending. Especially a show that’s been going for 10 years at that point. People have so many ideas about how they want it to end. You can’t make every fan happy. Now that I’m out of it, I’m only starting to realize how incredible it was, what a revelation it was for television. I’m like, ‘Oh my God, I’ve been, like, blessed.’ When it’s happening, you don’t realize you’re among greatness: The people I was around. The atmosphere. The way they worked. I was spoiled by that show completely. And I’ll never have anything like it again. Nothing will be the same. And only now am I realizing that.”

ON HER NEW SERIES SURVIVE: “The second I finished Game of Thrones, I wanted to go straight back to some form of television. I just love the atmosphere that you get on the set. I love the arc you can create over a number of episodes. When I found out about Quibi, it’s kinda one of those things where you go, ‘I don’t really know if this is gonna work, but I wanna be a part of it.’ And then I read the script and I fell in love with it.”

The issue hits newsstands on March 24.

Previous post:
Janelle Monáe at the Chanel Fashion Show in Paris Next Post:
Rose Byrne in Zimmermann at the Couples’ Choice Gala