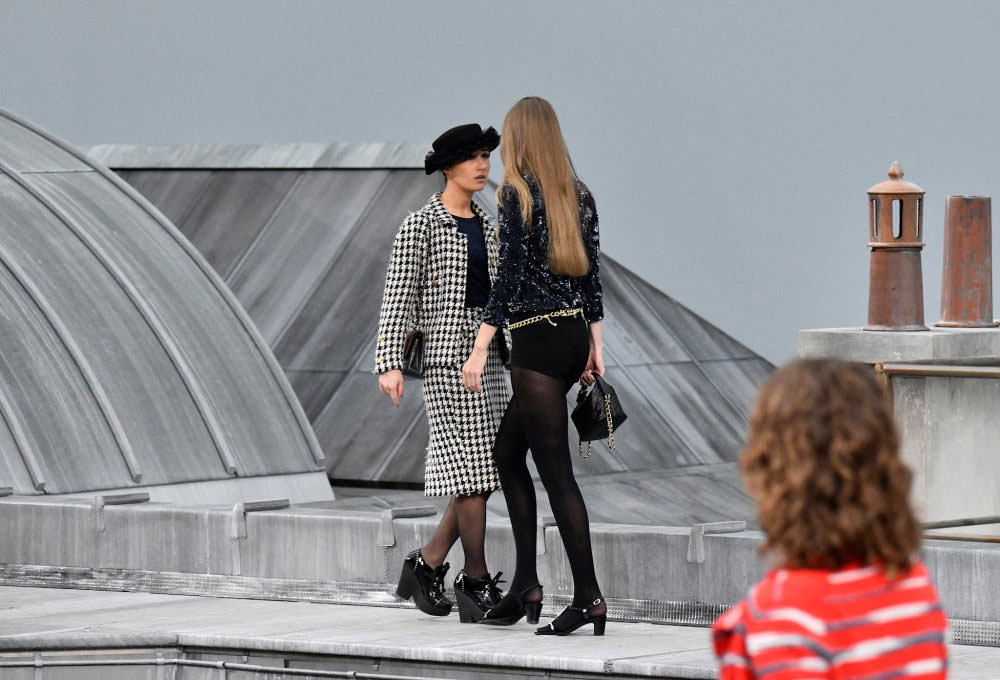 Before we dash off to a pumpkin-spiced weekend, here’s a list of our favorite things to help you get zeitgeisty!

“I still run into people today on the train who say, ‘Because of you, I lost my job.'” While most New York stories that begin this way don’t tend to end well, David DePino sounds warm, even delighted as he shares this information with Billboard.

“You have to think about building your career, but there’s a whole lot of stuff you can cut out.”

Diahann Carroll, the captivating singer and actress who came from the Bronx to win a Tony Award, receive an Oscar nomination and make television history with her turns on Julia and Dynasty, has died Friday. She was 84.

Diahann Carroll, Pioneering Actress on ‘Julia’ and ‘Dynasty,’ Dies at 84 by Mike Barnes at The Hollywood Reporter

Markle’s biracial heritage has been mocked since the day the Daily Mail’s headline announced “Harry’s girl is (almost) straight outta Compton.” Prime Minister Boris Johnson’s sister Rachel described Harry’s then-girlfriend as the daughter of a “dreadlocked African American woman” who would bring “rich and exotic DNA” to the royal family. “The problem is that Meghan Markle is a mixed-race woman, occupying a space which was presumed for a white woman, in a notoriously white institution,” journalist Ilayda McIntosh wrote on the online Common Sense Network.

Opinion: Meghan Markle vs. the tabloid mob by Anne-Marie O’Connor at the Los Angeles Times

The phrase “Judy gene” was popularized by bloggers Tom Fitzgerald and Lorenzo Marquez of TomandLorenzo.com. As Gen Xers, they grew up on the Judy cusp, aware of her larger-than-life impact on those who adored her before her death, but they never fawned over the star, even as her gay legacy grew in the 1970s and 1980s. About 12 years ago, the duo announced in a long lost blog post that they didn’t have the Judy gene. Not surprisingly, they took some flak for it.

“We got a lot of angry responses from gay men who thought we were doing her a disservice,” Fitzgerald tells me. “There are some men in our age group who worship her as if they knew her when she was alive, but nobody from our generation did.”

To determine that canon, we invited more than 20 Asian American critics and curators who professionally observed and debated the scene for the last two decades to participate in a poll. They were limited to films from this period (2000-2019) directed by and prominently featuring Asian Americans. (Canada was bracketed off because while Asian Canadian cinema played the same festival circuit, its films were produced in a different political context surrounding issues of immigration, citizenship and national belonging all central to how Asian American cinema was first defined.)

People are indeed sensitive, and the reason for that is that they are people. There have always been words and topics that have been off-limits, and while the borders around the things you cannot say are ever-shifting, the area within has always been there. Here’s one of the ways I know that’s true: In 1981, Nickelodeon began airing a children’s sketch-comedy show called You Can’t Do That On Television. That’s how ingrained the idea of social mores, standards and practices are; a fledgling cable network made a bet that the media-illiterate, pre-pre-internet children of the very early ‘80s, in the midwestern areas where cable television first took hold, would be familiar with the concept. Nowadays, you can say fuck on television, but the audience might not fall all over themselves laughing at Zach Galifianakis having to stay 200 feet away from a school. You win some, you lose some.

It has been an education, both for the companies that book them and the models they tower over. “The first couple times I did it, it was a little weird, and I would get side eyes from the straight-size guys,” says Hunter Westfall (27, six-foot six-and-a-half inches, 270 pounds; Calvin Klein, Levi’s). Makeup artists and hairstylists stare; the Brawn guys have all been tended to, in Gulliverian style, by people standing on stepladders or apple boxes. Many of the clients they worked for had never worked with plus-size men before. “The first year and a half that I was working, I was the first time they’d ever worked with a big guy, period,” Miko says. “I’ve thought, man, if I mess this up, they’re just not doing this ever again.”