Home » Fashion » Beanie Feldstein Does Not Come Quietly to “The...

Beanie Feldstein Does Not Come Quietly to “The Today Show” Yes, you can already tell that this look is goingto be asking a lot of you, we know. Before you scroll down, we should prepare you because we’re going to wind up defending it a little. 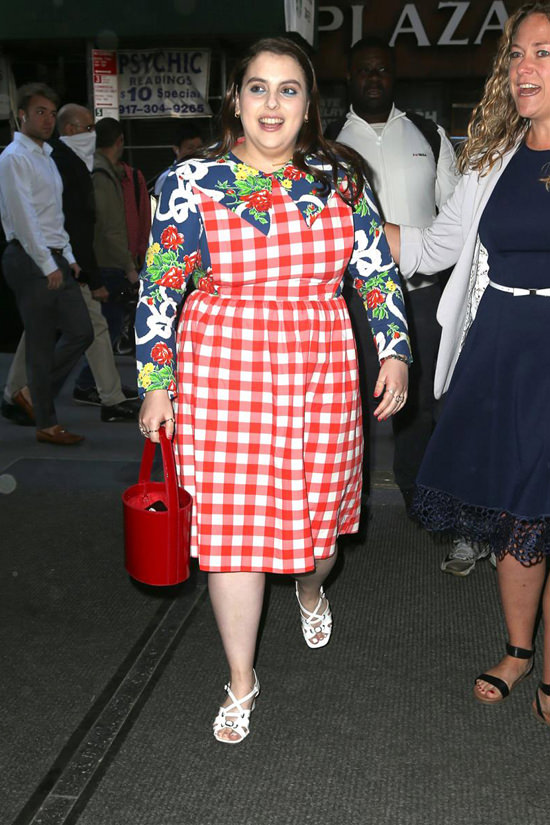 We don’t know, you guys. We don’t like it, but we think we get it. And if we get it, then we can’t really hate it.

Maybe because we just got finished gushing about her film, but this doesn’t bother us as much as it probably should. We don’t think those patterns combine even a little bit and they both come off WAY too picnic-blanket in tone for us to truly give this look the thumbs up. But we also tend to think she’s making a bit of a point about being bold and not doing as expected. It’s kind of like the thing Lena Dunham tends to do, except the end result is an attempt to look wittily cute and not one that makes you look like you hate fashion.

What we’re saying is this: We don’t like these textiles AT ALL but we absolutely think it’s a great idea for her to go big and bold in her style if that’s what she wants. There’s a bit too much of a camp vibe to this (no pun intended) and we’d rather she went for bright and fun while also shooting for chic and stylish. It can be done, but this is not the way.