Gigi Hadid covers the March 2019 issue of ELLE magazine – her first ELLE US cover – which was shot in Rio de Janeiro, Brazil by photographed by Chris Colls and styled by Ilona Hamer. 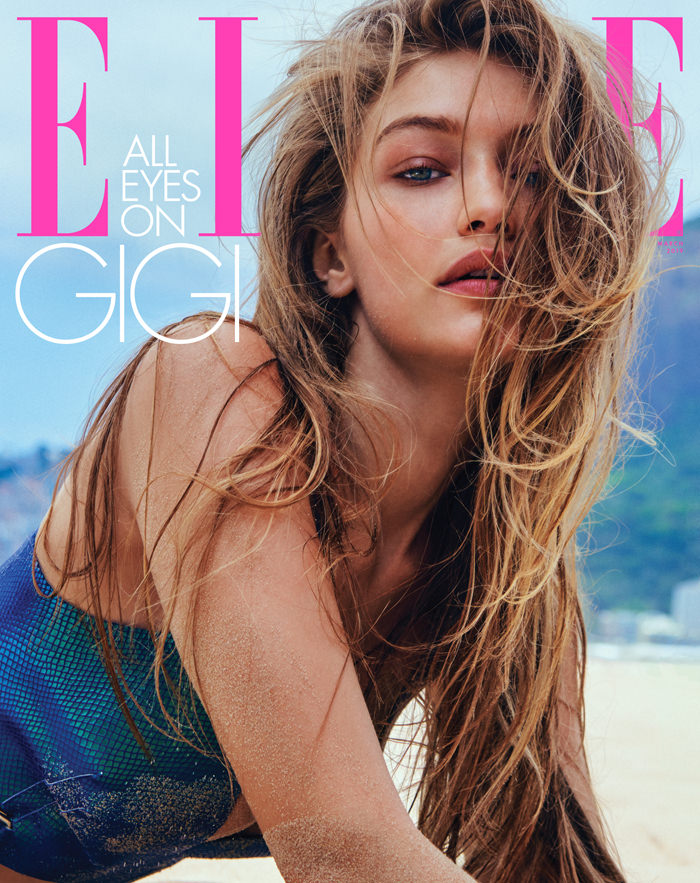 On what compelled her to march against Trump’s travel ban in 2017: “Hearing my family’s stories. My family was grateful to be given the chance to make a different life for themselves. Everyone could have stories like that if they were given the chance. Being from two different cultures, I see how both sides treat each other. It’s important that there is more openness for people to mix and get to know different cultures.”

On people crediting her success to her family connections: “I mean, I understand it. I come from privilege, and I recognize my privilege. But because my mom was on a TV show [Bravo’s The Real Housewives of Beverly Hills], people think that my whole childhood was fame. It absolutely was not. My mom was a model. She moved to the States when she was 16 to send money back to her family in Holland. My dad was a refugee and worked his way up in every way. I work hard to honor my parents.”

On not being competitive with Bella: “Bella and I have very different styles. A job that wants Bella is not a job that I’m the right look for, so I never took that personally. In a lot of ways, she inspires me. We learn from each other.”