Bow to Your Queen: Iman in Zac Posen at the Elton John AIDS Foundation’s “An Enduring Vision” Benefit 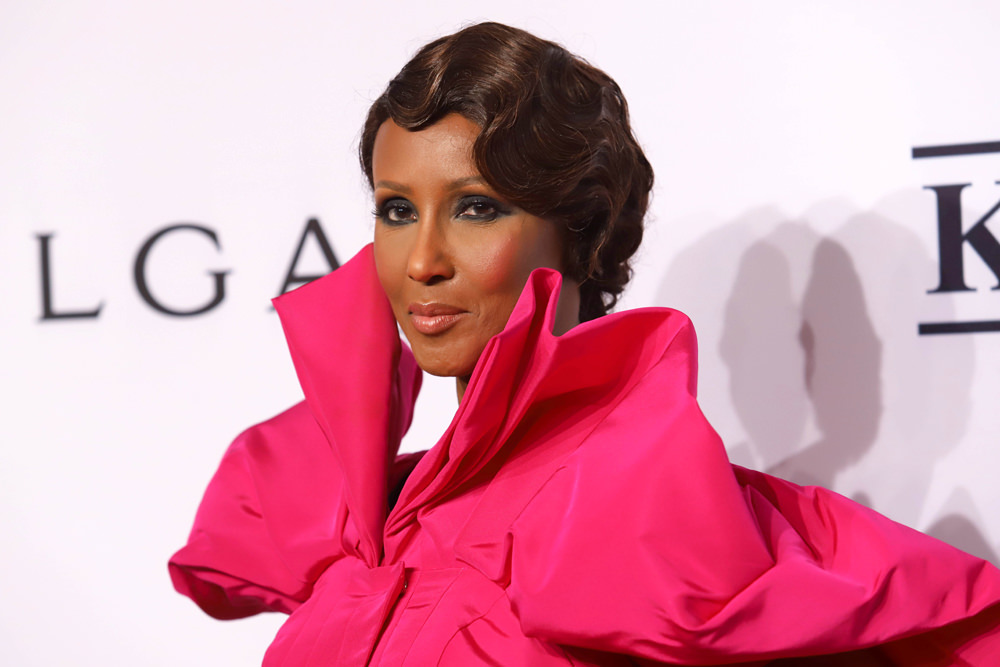 What was that line she said on Project Runway about wearing a winner’s dress? “It’s not an interesting dress but I will make it interesting?” Something extremely Iman like that. Why are we bringing this up? Because years later, she’s proving that the converse is also true. She’s taking a dress that is entirely too interesting and making it seem chic, dramatic and regal. A lesser woman would have gotten totally Posen’d by this dress but through sheer force of Iman, she’s keeping the Posenness at bay. And by that we mean Zac’s trademark technique of overworking one element of a design to the point of exhaustion or total distraction. The bust, shoulders neckline and back are all close to being overwhelmed by their various design elements separately. Grouping all those elements on one part of the body (the way Posen tends to do) only amplifies how overworked and overwrought it all is. 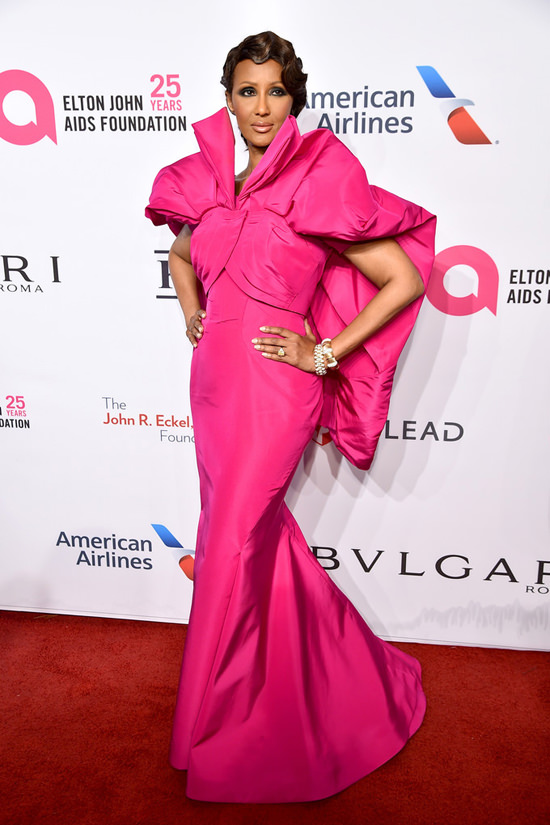 But she is a goddess of fashion, so her poise, ability to WERQ, and common-sense styling (the finger waves and jewelry choices are perfect) combine to turn this into something that feels like a major high-fashion moment. Bow down.