Home » Movies » Tom Holland and Zendaya on the Set of...

Tom Holland and Zendaya on the Set of “Spider-Man: Far From Home” Because Spidey rescuing MJ is a now-iconic cinematic scene on par with Lois Lane falling out of a helicopter. 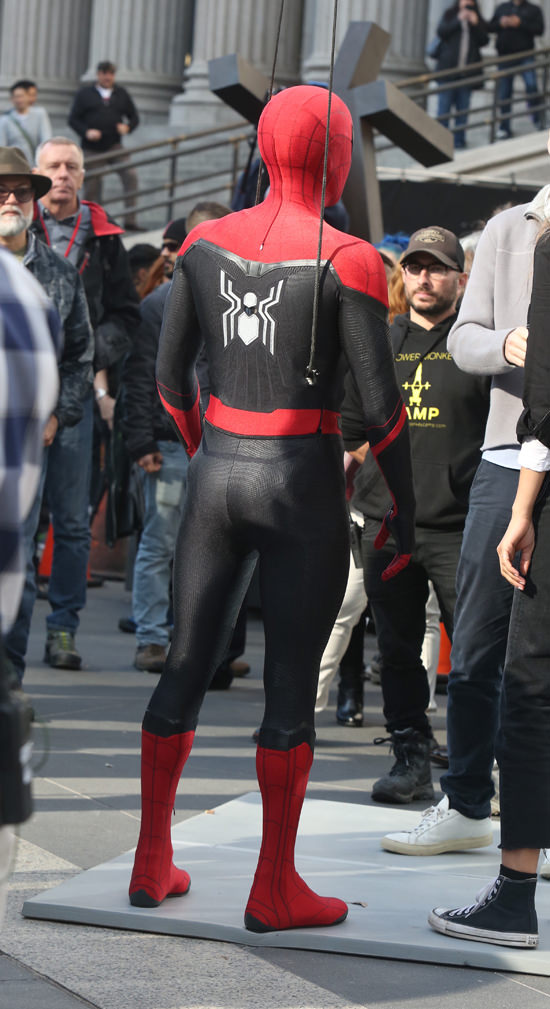 SPOILERS: Spider-Man doesn’t stay dead after Avengers: Infinity War and also gets a spiffy new black-and-red suit. The former is no surprise at all. As to the latter, it’s pretty sharp, but the cynics in us long ago noted that Marvel characters get new costumes in every film appearance, allowing for new merchandising each time. MINOR SPOILERS: Zendaya looks cute and Tom is look entirely too hot to be believable as a nerdy teenager.