Princess Eugenie Wears a Peter Pilotto Gown to her Wedding 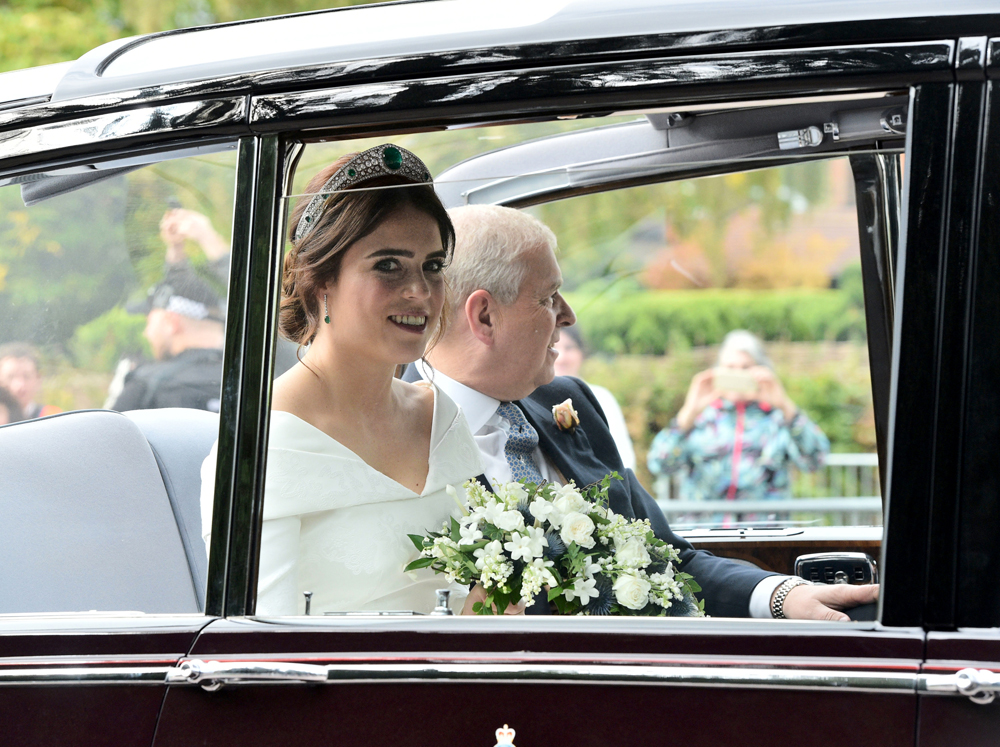 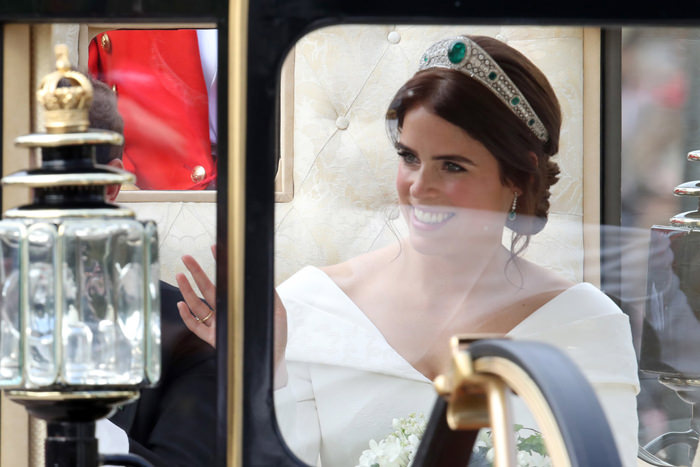 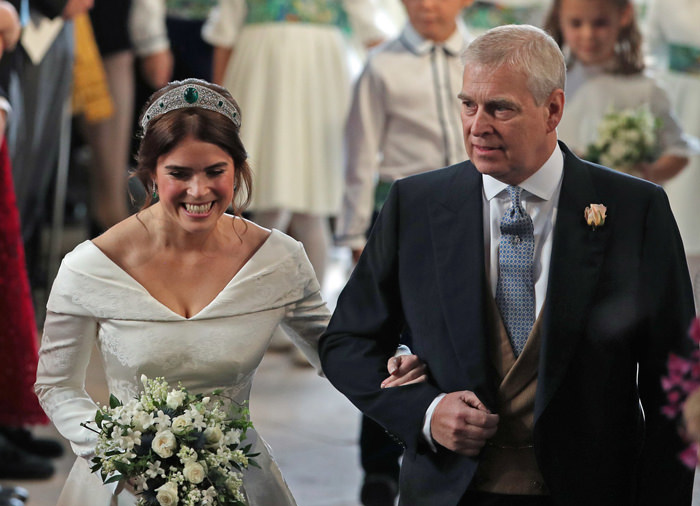 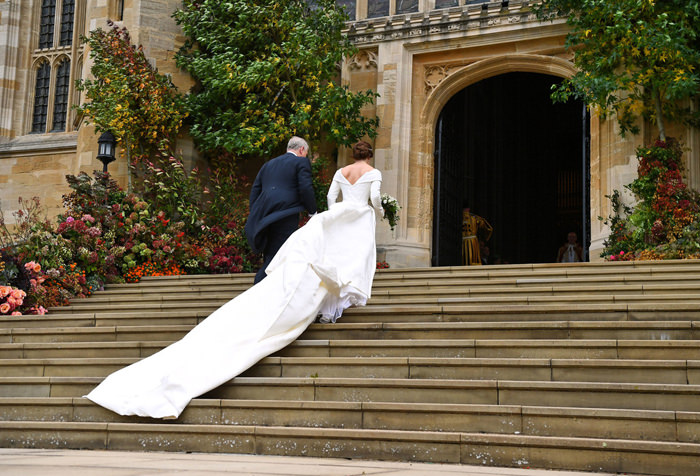 She looks lovely. Very traditionally fairy tale in a way Cathy and Meghan never tried to be. Which is ironic, because Peter Pilotto is pretty far away from traditional fashion, let alone Royal wedding wear.

The tiara looks stunning and we’d swear she took a page from Meghan’s book (of wispy strands of hair). And we’ve said it before, but we’ll be the two crass queens who say it again: Those Windsors always were very adept at picking good-looking folks to add their DNA to the family bloodline. Eugenie’s just upholding the fam tradition.

Eugenie is wearing the Greville Emerald Kokoshnik Tiara, lent to her by the Queen. The tiara was made by Boucheron for Dame Margaret Helen Greville in 1919 in the fashionable “kokoshnik” style Princess Eugenie’s Wedding dress has been designed by Peter Pilotto and Christopher De Vos, who founded the British based label Peter Pilotto, in London in 2007. The brand is known for its innovative textile design, paired with a modern feminine silhouette.

Princess Eugenie met the designers when she was co-hosting an event in support of women artists. Her Royal Highness has been wearing designs by the brand for several years.

Princess Eugenie, Mr Pilotto and Mr De Vos have worked closely together on the design of the dress. The designers undertook archive research into previous dresses worn by Members of the Royal Family and identified a silhouette.

During several fittings the dress was developed layer by layer, constructing it from the corset and the complex underskirt to the fitted bodice and full pleated skirt. The dress features a neckline that folds around the shoulders to a low back that drapes into a flowing full length train. The low back feature on the dress was at the specific request of Princess Eugenie who had surgery aged 12 to correct scoliosis.

The fabric was designed by Mr Pilotto and Mr De Vos at their studio in East London and includes a number of symbols that are meaningful to Princess Eugenie as motifs.

The symbols are a Thistle for Scotland acknowledging the couple’s fondness for Balmoral, a Shamrock for Ireland as a nod to the Bride’s Ferguson family, the York Rose and ivy representing the couple’s home.

Peter Pilotto and Christopher De Vos have reinterpreted these symbols in a garland of rope like motifs, woven into a jacquard of silk, cotton and viscose blend.

Once the artwork was completed, it was translated into a jacquard weave in the Como region of Italy. The result is a very modern looking fabric using a highly intricate weaving technique.

Princess Eugenie is wearing the Greville Emerald Kokoshnik Tiara, lent to her by Her Majesty The Queen. The tiara was made by Boucheron for Mrs Greville in 1919 in the fashionable ‘kokoshnik’ style popularised in the Russian Imperial Court.

The tiara is made of brilliant and rose cut diamonds pavé set in platinum, with six emeralds on either side. The tiara was bequeathed by Mrs Greville to Queen Elizabeth in 1942.

Princess Eugenie is wearing diamond and emerald drop ear-rings which are a Wedding gift from the Groom.

The Wedding shoes are satin peep-toe heels by Charlotte Olympia.

Sprigs of myrtle from Osbourne House are also included in the bouquet. The tradition of carrying myrtle began after Queen Victoria was given a nosegay containing myrtle by Prince Albert’s grandmother during a visit to Gotha in Germany. In the same year, Queen Victoria and Prince Albert bought Osborne House as a family retreat, and a sprig from the posy was planted against the terrace walls, where it continues to thrive today.

The myrtle was first carried by Queen Victoria’s eldest daughter, Princess Victoria, when she married in 1858.