If we had to give this a name, we will dub it HIGH AUTUMN DRAG. 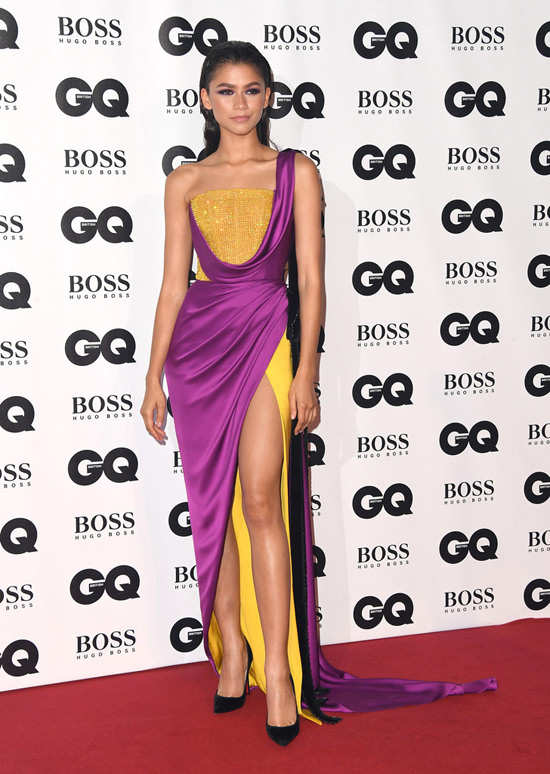 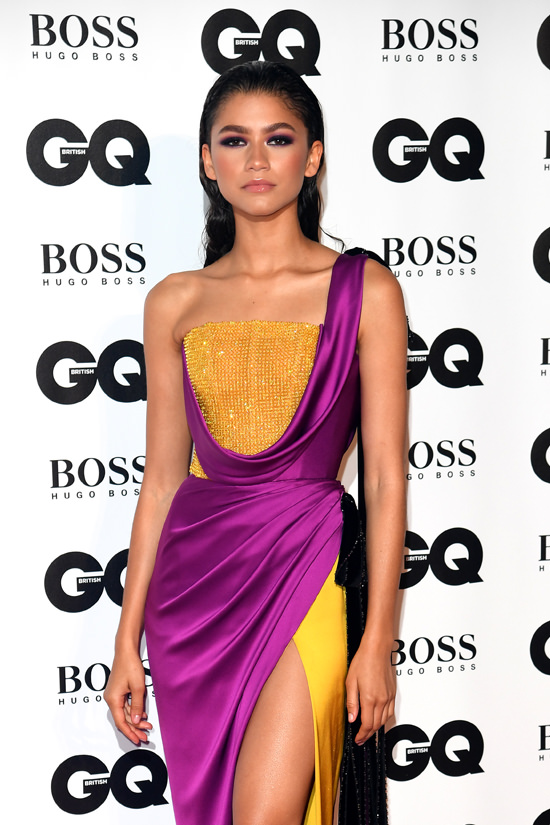 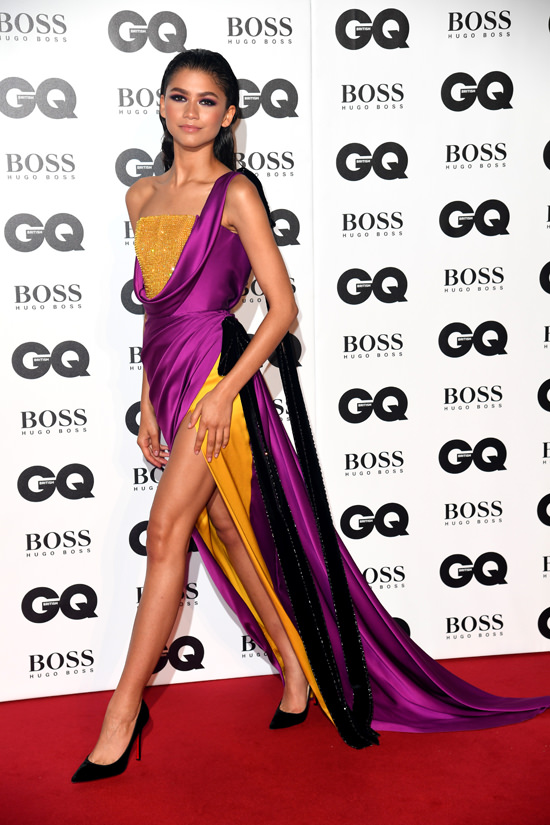 We can admit upfront that we’re reacting positively to this look for reasons other than its chicness or fashion-forwardness. We tend to call looks like these “drag,” because they have an old-school Bob Mackie sort of glamour. And if there’s one American designer who’s inspired mainstream drag the most, it would have to be the man who made his career dressing Cher, Diana Ross, and Tina Turner, to single out just a few of the long roster of divas on his C.V. Our point: This has drape, drama, sparkle and color. Possibly not what anyone would consider Vogue-cover chic and certainly not a design that’s reinventing any wheels, but it’s bold, sexy and takes a spectacular picture. We especially love the unusual color story, which she’s fortunate enough to be able to make sing. We suspect these sports-team colors would look pretty awful on a lot of other women.

Kinda dig the styling here too; the way the hair and shoe choice stayed simple and didn’t try to fight all the drama of that dress.