Home » Television » Rachel Brosnahan and Michael Zegen on the Set...

Rachel Brosnahan and Michael Zegen on the Set of “The Marvelous Mrs. Maisel” in the West Village Time to take a short break from all that film festival finery and do a little check in on some fabulously on point mid-Century costume design. 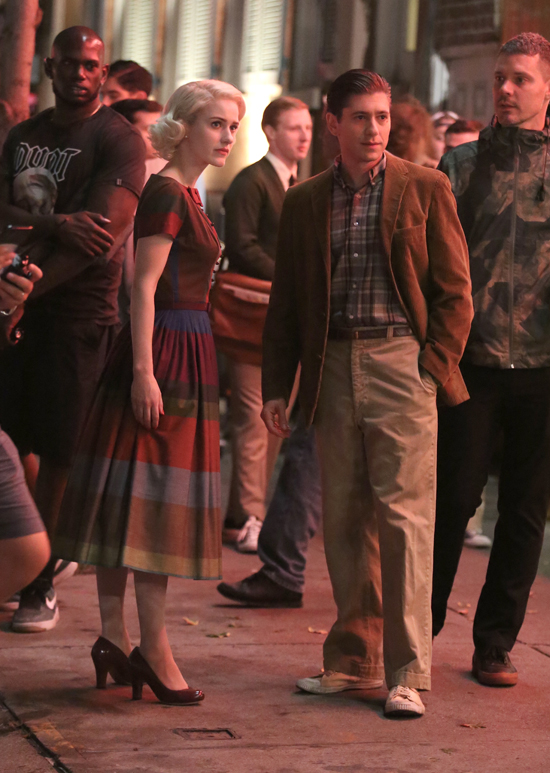 While we’d much rather see Midge Maisel working some high-chic park fashion (along with her natural hair color) with Zachary Levi, rather than playing off her annoying husband in a platinum blonde wig, we can’t help but gush over the costumes here. We’re almost certain this is a flashback to their college years, based on her hair and the styles of clothing. It’s all got a much more youthful, much more 1950s feel than her more settled styles as a wife and mother. While we don’t love the hair color, we absolutely adore the look overall. It’s a really cute dress and it feels as accurate and on point as any of the mid-Century costume design of Mad Men.