Home » Fashion » Friday Leftovers for the Week of August 19th,...

Friday Leftovers for the Week of August 19th, 2018 Let’s shuffle this sad little collection of losers out the door, shall we?

Wait. Was that harsh? If so, we apologize celebrities. This is one of those cases akin to yelling at the cab driver who stopped for you because three other cab drivers passed you by in the rain. After all, it’s not the fault of these hard-working celebs that there was so little decent red carpetry to be had this week. At least they’re out there, doing their sadly mediocre best.

Wait. Was that still harsh?

Whatever. Let’s get to it. JESUS. We thought it was just a typically unflattering Chloe choice. Then we got to the completely insane footwear choice. Honestly, we’re starting to think this gal has really bad instincts. SHE DID IT AGAIN.

Of all the items to recycle in the same promo tour, Ronald McDonald’s disco boots should not even have been considered. Oof, no. The items aren’t bad but the pushed-up sleeves reek of douche fumes. That’s just a bad color for a design like this. The result, whether fair or not, is that it looks a bit cheap. This Wednesday Addams sort of style works really well for her, but the drab color of that blouse is not to her benefit. Cute enough. The shoes actually do some work to bump it up a little; make it a bit more photogenic. We don’t love that yoke design on her dress, but she’s perfectly styled for it. He looks good, but dull. Can’t really rag on her, considering she’s more than dressed up enough for the venue, but the zipper situation is hellaciously distracting. 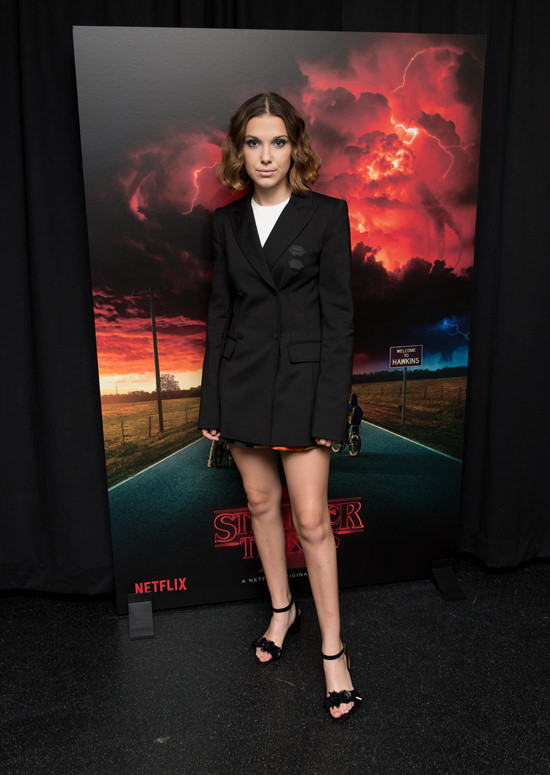 Once again a 14-year-old is made up to look like an exhausted 26-year-old junior fashion editor. Classically elegant in some lovely and flattering colors. Not a thing wrong here. The hair really makes the dress. The look would be somewhat generic without that pop of color.