Kittens, we’ve shone our loving Spotlight of Judgment on several of the more notable, discussable, possibly even disastrous if not downright offensive attendees of this little clown car of celebrity fashion, but it’s time to put the rest of these attention-seekers to bed. And by that we mean let’s judge all of their ridiculous outfits really quickly and totally unfairly. Ready? GO! 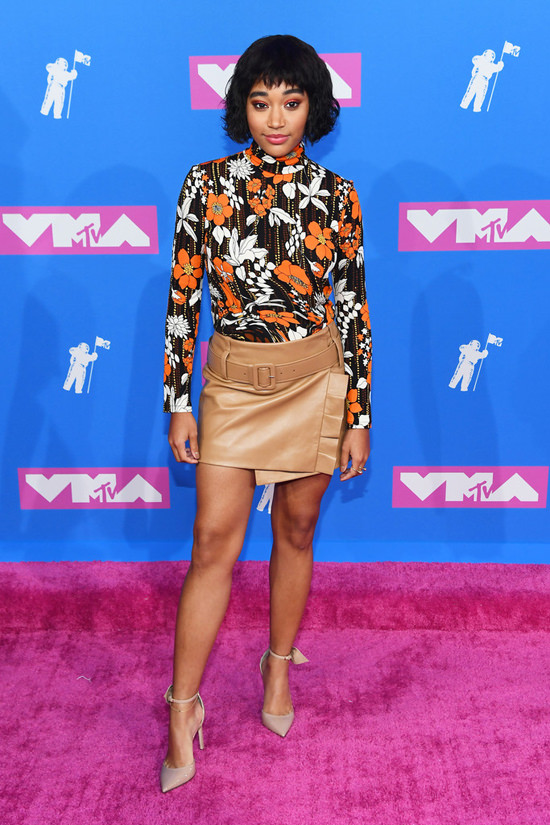 Cute, but if we’re being perfectly blunt, it looks a little like Zendaya cosplay. Everything she wears is either bland, awkward or ill-suited to her. Guess which one (or two!) this is. Also cute, but we’d argue that the proportions aren’t working and the shoes just don’t go. It’s fine if a little prom-y for the VMAs. There’s that tacky gal we’ve come to know and … cringe at. She was doing pretty okay there for a while, but this is a glorious return to form for her. Somehow she manages to find looks that most drag queens would turn down for being too much. And speaking of too much…

We suppose we should be grateful. This is extremely toned-down for him. Love the jacket but nothing fits quite as well as it should. These are pretty hot pieces, but on her, they come off a little try-hard. At the very least, the boots and dress should split up and see other items. Bland and weirdly aging. Sure, she’s a new mom, but girlfriend’s still only 21 years old. We’d tell him to never change but that would be redundant. Maybe we’re being too literal in our thinking but there’s a weird disconnect between the ’80s silhouette up top and the ’70s silhouette on the bottom. It doesn’t quite work. It’s different and has that quirky high-fashion feel, but like so much of her public ensembles, it comes off mature. Weirdly shaped and oversized garments are all the rage among the youth! She knows her brand and she’s sticking to it, which is good because she’s really only passing through for pictures, essentially. Credit where it’s due: this is pretty fabulous. She makes a lot of seriously questionable style decisions in her public life so it’s kind of refreshing to see her working something that actually looks pretty great on her. Downright chic. He can just barely get away with having that many buttons undone on his shirt. That skirt’s a stunner. We’d say this was too nice for the occasion, but the bust and straps are kind of ugly, to be honest.