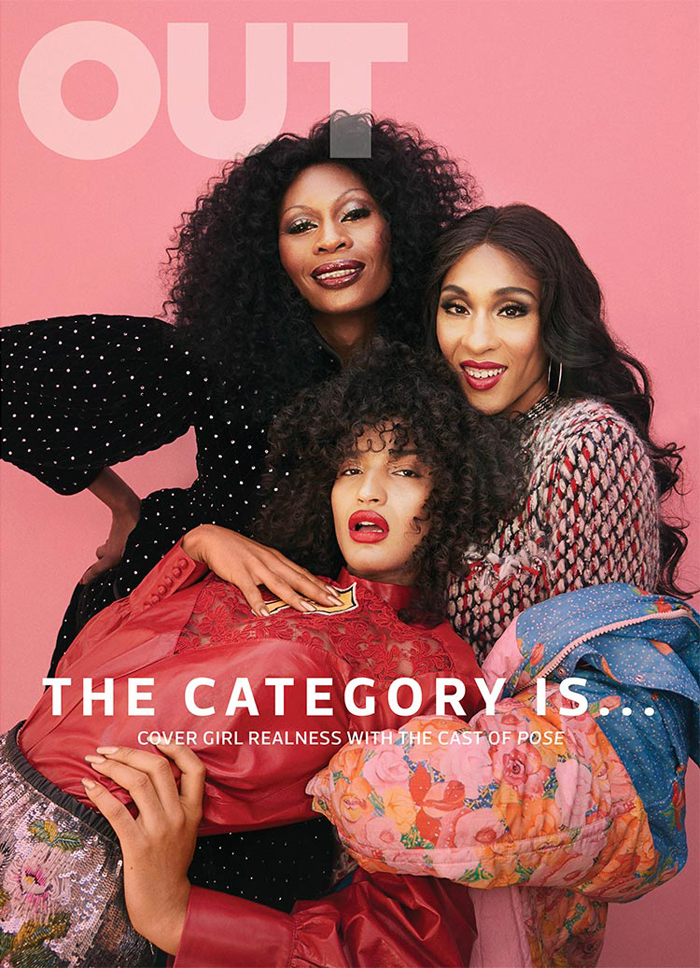 Mj Rodriguez (Blanca): “I was pretty conscious of the history that I was making, but there was some numbness in that I didn’t want to see it because I was just so, so enamored with what was happening when I arrived. But then after a while I just played Blanca knowingly of my sisters, knowingly of what we’re going through. After I got outside of my nervousness and my insecurities, I saw that there were women around me that I felt comfortable with. I lived in that and I learned from it. And also I learned from them. That’s what made it easy for me just to stay grounded in the history and stay grounded in the work that I was doing alongside them.”

Dominique Jackson (Elektra Abundance): “Seeing trans women behind the scenes writing, on the set, actually working — that just made me feel like we have done the work. And we will continue to do the work to make sure that we get to be viewed and our stories get to be told. And it also made me personally feel safe to know that Janet Mock was writing, that Lady J was writing, because they have trans experiences.”

Indya Moore (Angel): “I hope these stories redefine trans bodies in a really important way. People have never really known what to expect from us and the things that we go through in our lives, so I want people to see that the pit of our struggles [is] centered in the very things that no one else would wanna go through or experience themselves. But it’s also composed of all the things that people want and crave for themselves. I see people really redefining the way they see humanity, what it is to be a woman, what it is to be a man.”

Previous post:
Alison Brie in Vivienne Westwood at the 2018 ESPY Awards: IN or OUT? Next Post:
ESPY Awards 2018: Ciara is Bold and Gold in Maticevski