“Orange Is the New Black” Season Six Trailer Release (with Opinions, of Course) Info, trailer and promo art below, with our brief opinionating (Like you expected any different from us?) at the bottom:

Picking up one week after the emergency response team stormed Litchfield Penitentiary, the ladies of Litch have been torn apart, literally and figuratively, as they enter a new facility in the sixth season of Orange Is The New Black. Now ​newbies ​they ​must navigate new rules and power dynamics, starting at the bottom, and getting hazed by inmates and tortured by guards. Friendships will be tested and new allegiances formed — some by choice and others by circumstance — as the women face a slew of charges from the riot. Will they take plea deals and turn on each other or band together and keep their bonds intact? 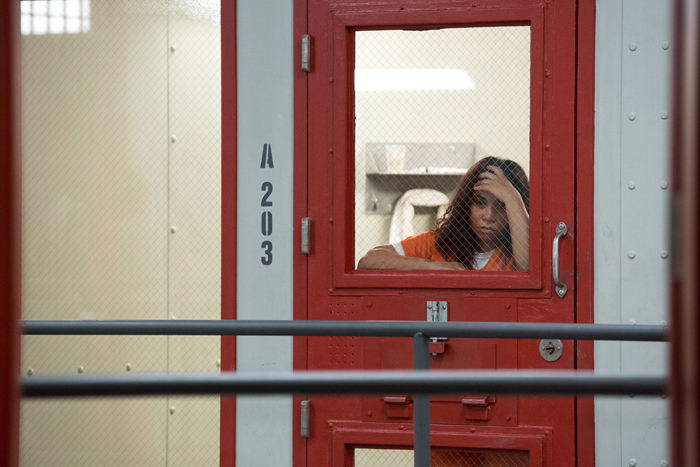 It’s still got one of the best casts on television, but we’re starting to think this show needs to start wrapping everything up. Or maybe we’re just full up on women-torturing drama at the moment. Whatever the reasons, the show just doesn’t feel very fresh anymore. On the one hand, we’re glad to see they’re not glossing over the ramifications of last seasons prison riot arc. On the other hand, in order to pay that off in a believable manner means watching these characters get punished harder than we’ve ever seen before. OitNB always did a great job of balancing the light and dark sides of its milieu, but we’re feeling the sisterhood of GLOW over more Handmaid’s Tale-style lady misery. Of course we’re going to watch it, but this is the first time an upcoming season of the show feels more like an assignment rather than something we’re looking forward to.