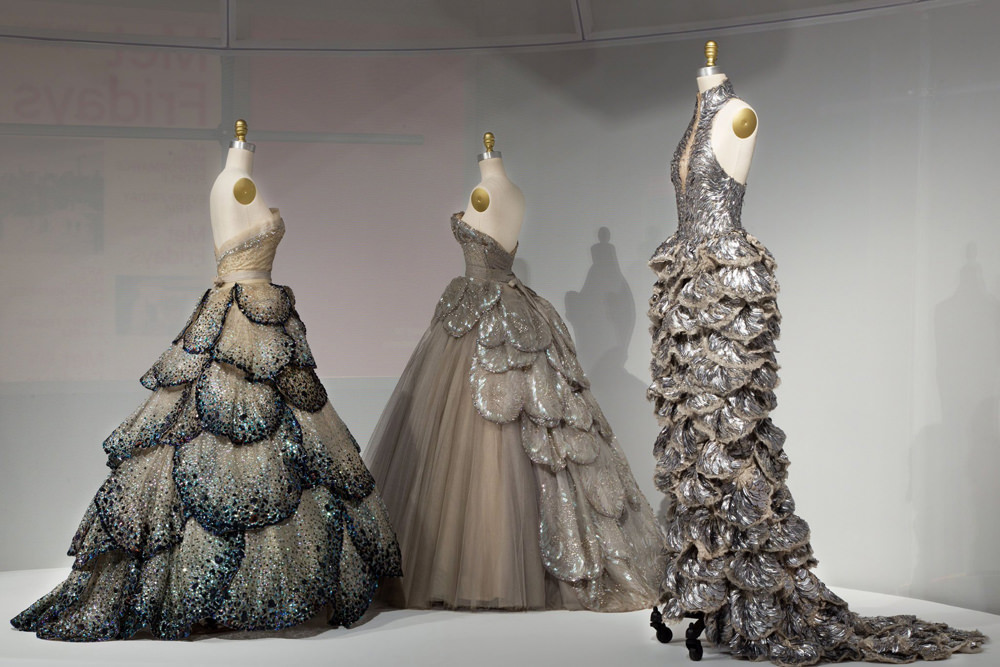 Kittens, we’re out of here until Monday, but don’t you worry. We dropped a TON of fabulous time-wasters in your lap until we get back. Because the Met Gala’s on Monday night, this round of homework is both very fashion-heavy and (due to the theme this year) unusually religion-heavy. Enjoy!

“Wintour has become Bolton’s close ally and an integral player in the Met’s Gala and spring exhibition. “It would be difficult to do it without her support,” he says. “Anna works out what sponsors would be appropriate for the exhibition. Sometimes I have an idea, and it’s less of a big idea or popular idea, which is not terribly appealing to sponsors,” he says with a laugh. “Anna is extraordinary and supports us in so many ways, but in particular by going out for sponsorship.”

How the Met Gala theme is decided each year, from Vogue

“At the appointed hour, the big doors would swing open and the dinner guests would begin to make their exits. There, right before our eyes, were Jackie Onassis, Nan Kempner, Oscar de la Renta, Bill Blass, my very favorite gal, Pat Buckley (who chaired the event until 1995), and, of course, Diana Vreeland until her health began to fail.”

“Wanting to envelope myself in that virtuousness again, in solidarity with the women on screen, I continue to watch. But the inner voice refuses to be silent. It’s feminist to watch women enslaved, degraded, beaten, amputated, and raped? How exactly am I participating in a women’s revolution by sitting on my comfy cozy bed and consuming this?”

“Mr. Bolton received authorization from senior Vatican officials to borrow the vestments. He was also granted full access to the Sistine Chapel Sacristy and became so close with its custodian priests in his 10 trips to Rome that they entrusted him with the hidden chamber’s keys and opened secret doors, behind which elderly nuns ironed the pope’s white vestments.”

“Each community of Pink Sisters has a seamstress who makes the nuns’ habits, which include white scapulars and white veils. According to Sister Mary Amatrix, “we follow the same pattern for every sister’s habit, which has been handed down through the generations.”

“My husband did a lot of work with the children of trans men and women, too. I remember one year, we had a summer picnic at the lake near our home. I was walking down from the picnic table to the water, and in front of me was a woman and two little boys, they must have been 6 or 7. The one little boy turned to the other and said, “That’s my father!” There she was, in her bikini. It was touching.”

“Each side is also aware of its dependence on the other — the newspapers for access and the royal family for publicity. Stig Abell, who served as director of Britain’s Press Complaints Commission, a regulatory body, described the relationship as ‘a hug that was always threatening to become an assault.'”

Prince Harry’s wedding seems to mark a turning point, as a younger generation with a bone-deep mistrust of the news media takes center stage.”

“I think for women in particular, if you don’t have an exclamation point, it’s like you’re under-enthusiastic,” she adds. Tannen calls this concept “enthusiasm constraint”: “You have to show a certain level of enthusiasm or people will think you don’t mean it or you’re being sarcastic,” she said. “Then the multiple ones show actual enthusiasm.”

The Strict, Subtle Rules of a Hey Ladies! Email By Ashley Fetters at The Cut

“There’s something sort of uncomfortable to me about seeing women who are clearly presenting themselves in a way that’s designed to make people stare, but not for the right reasons.”

“Seemingly unafraid of blasphemy, Jean Paul Gaultier and John Galliano teased us with naughty nuns in latex in 1990 and 2000, respectively. Rick Owens has sent both female and male models down the runway in nun’s veils. And Alexander McQueen, Riccardo Tisci, and Undercover’s Jun Takahashi have reimagined Jesus’s crown of thorns as a cruelty-free accessory. While it’s unsurprising that Domenico Dolce and Stefano Gabbana would be attracted to the glittering mosaics and intricately worked vestments designed to pay glory to God, we have to confess to being more than a little surprised by Helmut Lang’s use of rosary rings, crosses, and the sacred heart motif for his Spring 1993 collection.”

“Stella Blum, the curator of The Costume Institute at the Metropolitan Museum of Art until 1983, once said that describing Judith Leiber as an accessories designer was “a little like calling Louis Comfort Tiffany a designer of lighting fixtures.”

“Producers NBCUniversal and streamer Netflix declined to comment, but the next batch of Unbreakable Kimmy Schmidt episodes (split in two parts) will be the last. Filming is only halfway complete on the run, delayed so that co-creator Tina Fey could launch her Tony-nominated Mean Girls musical on Broadway, so there’s no chance of an abrupt end for the Emmy-favored comedy.”

‘Unbreakable Kimmy Schmidt’ Will End With Season 4, With Talks of a Movie by Michael O’Connell at The Hollywood Reporter

And finally, if you’re looking for cute little bop of a song about bottoming (And who isn’t?), here’s Troye Sivan’s new single “Bloom.”

Previous post:
Friday Leftovers for the Week of April 29th, 2018 Next Post:
Michelle Obama and Tracee Ellis Ross at The United State of Women Summit 2018