She’s not someone who spends tons of time doing fashion-based poledances, relatively speaking. But we feel a little bad in retrospect, because when she’s on the promo tour, she tends to make consistently good and often bold choices that flatter her and help her stand out tastefully – and we don’t think we’ve featured her enough for it.

We’re sorry, Gillian. We will now commence with the judging. 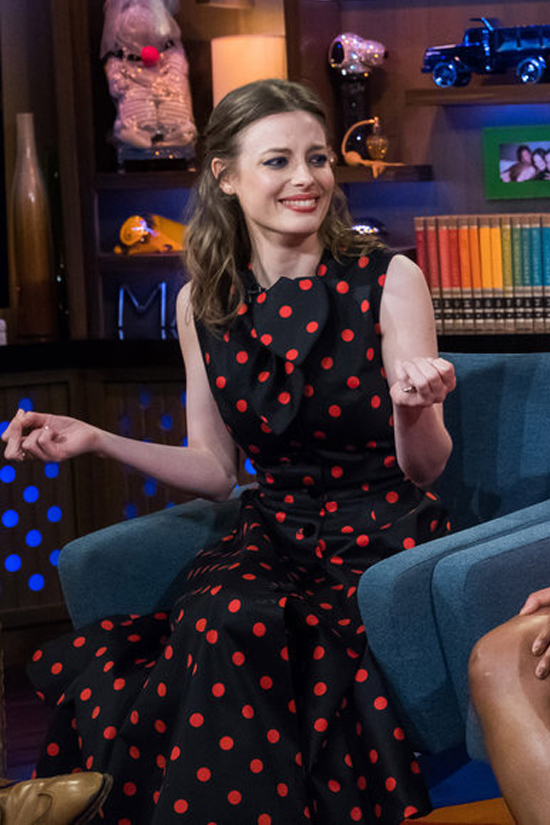 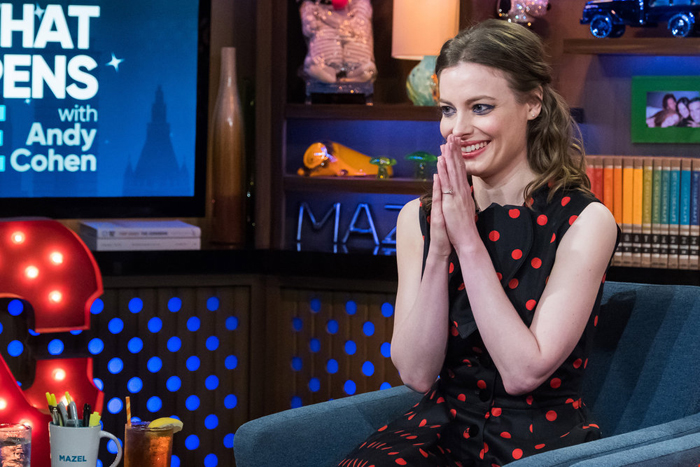 This is not a criticism, but we think part of the reason we’ve largely passed her by is because her style tends to be tight, consistent, and well-rendered using classic shapes and a preference for classic prints. In other words, on their own, a lot of her promo ensembles don’t tend to inspire much more than “She looks nice” from us. But that’s the thing: we realized with this post that we’re always saying that about her, which is fairly high praise considering how nitpicky we can be.

And now the non-praise portion: another reason we think we tend to gloss over her is that her hair and makeup aren’t usually up to the style choices. Love the dress and shoes, but the hair seems under-played for such a retro-matchy style and we’re not in love with the eye makeup. Still, it’s a really good look; perfect for the setting. 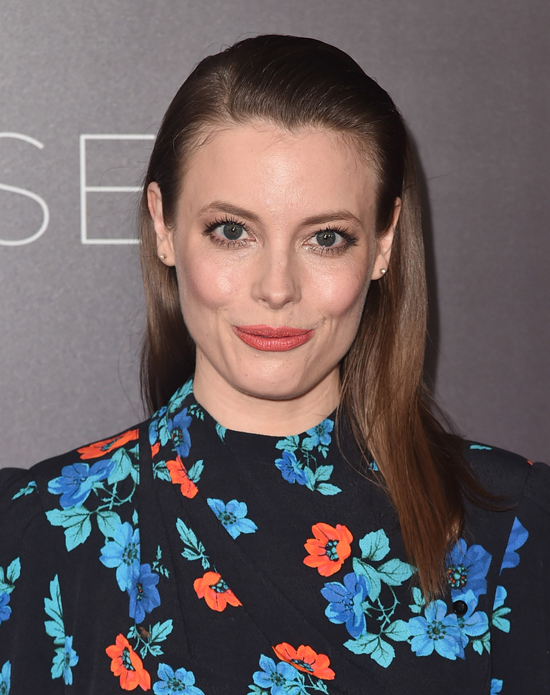 The head styling’s much better here. The dress is really cute too. She seems to be feeling bold prints on dark backgrounds this week. The shoes are fine until you get to the labia, which is a thing we generally don’t want to appear biased against, but we can’t shake the feeling they really shouldn’t be on your feet.

Previous post:
Emilia Clarke Sends Us at the 2018 American Songbook Gala Next Post:
The Boys of “The Boys In The Band” at the 50th Anniversary Celebration