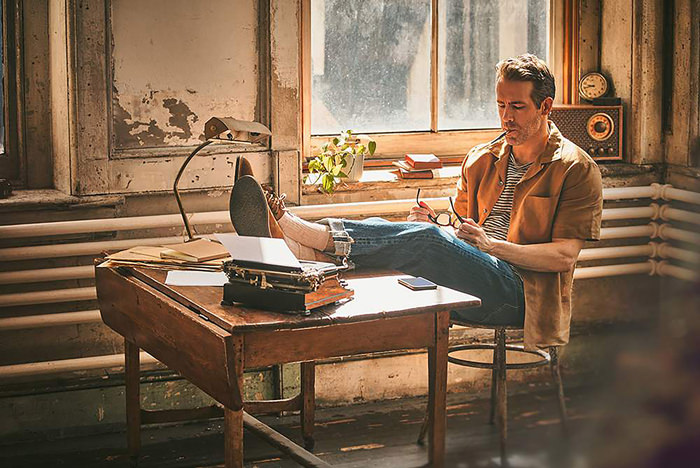 On his upbringing: ““My dad was a tough guy,” he says. “He was good in many ways as well, but he was tough on us,” he says. “This is not meant to be some sob story – everyone carries their own bag of rocks around and I am no different in that regard – but growing up in my house, it was never relaxing or easy and I know that, throughout my life, I’ve dealt with anxiety in different ways.”

On wearing a very unforgiving suit and mask in “Deadpool”: “These are uptown problems, my friend,” he laughs. “Very uptown problems.” There’s a certain irony in one of the world’s most handsome leading men playing a facially disfigured antihero disguised by a mask. “There’s something very liberating about hiding under a mask”, he says. “The mask is a big part of the attraction for me.”

On embracing the ageing process, not fighting it: Fine lines, grey hairs, bring them on. “One hundred per cent, I’ve always enjoyed getting a little bit older,” he says. “You never bemoan a birthday. I like it. It’s getting a little bit more difficult with the stunt work stuff. I find that landing on cement isn’t hilarious any more. But I’ve been injury-free for a while, knock on wood. As I’ve gotten older, I’m more comfortable with who I am.”

Previous post:
Friday Leftovers for the Week of May 20th, 2018 Next Post:
Ruth Negga Goes Bold at the Louis Vuitton 2019 Cruise Fashion Show