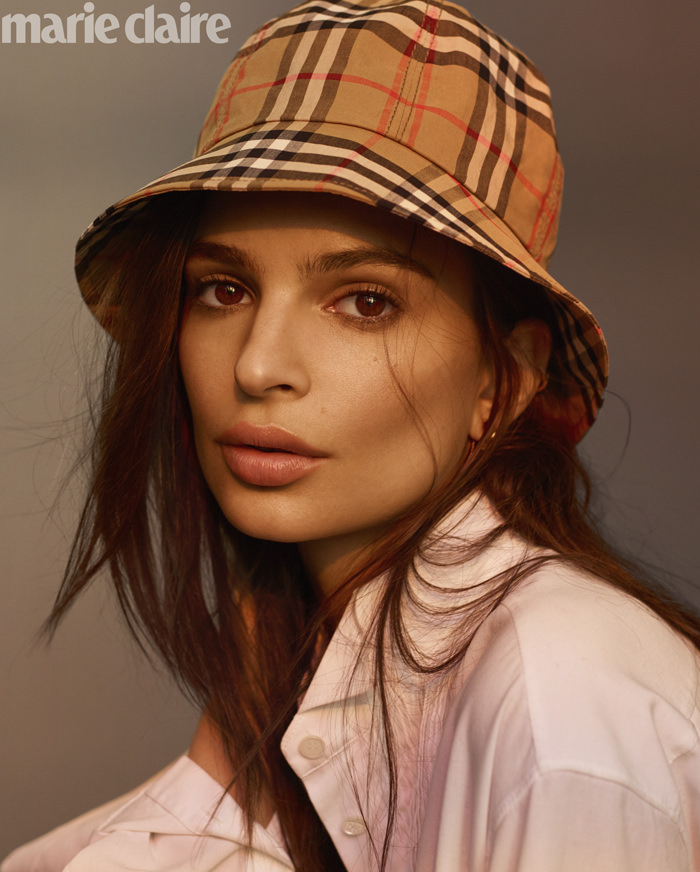 On being taken seriously in Hollywood: “It’s actually something I’ve thought about a lot without ever saying seriousness in my head. I care a lot. I think I freak people out sometimes going into meeting with Hollywood producers…with f*cking guns blazing. I had something to prove, and it had very little to do with my acting ability or the way I looked. It was about the Take me seriously. Look me in the eye.”

On body confidence: “Boobs are funny. They hurt sometimes, and sometimes they’re the thing that makes me feel most powerful. They’re a key to my sexuality. They’re all those things.”

On marriage and making her own decisions: “People came after my marriage, like, ‘Wow. I give it three weeks.’ I’m like, ‘What?’ No one can take women seriously on any choices that they make, especially if they’re unique to them and they don’t play into the way we think women should get married. It’s a constant writing-off.”

On what feminism means to her in 2018: “We grow up in this patriarchal, misogynistic culture, and women fantasize about watching themselves through a male gaze. But if a woman decided that she likes herself in a gaze, and it makes her happy, should she feel the burden of where that comes from? I don’t know the answer. That’s now what feminism is about. It’s freedom of choice. Do what you feel like!”

On her definition of activism: “I struggle with the label of ‘activist’ because I’m struggling with what activism means in 2018 in general. I want a radical left, and I don’t see it…I was hopeful that with Trump coming into power there would be this drive to radicalize. I’ve seen lot of people, no offense, wearing pink hats and posting it on Instagram and thinking that they’ve done something good for the world, and I just don’t think that’s true.”