We admit upfront that this isn’t perfect, but we’re afraid you’ll just have to put up with our swooning anyway: 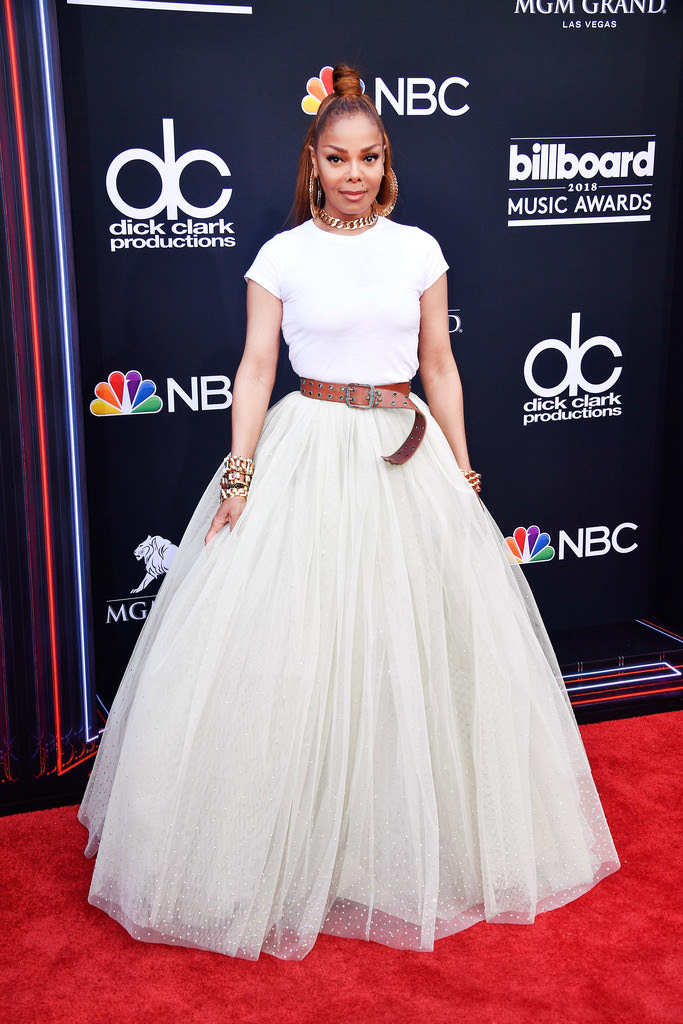 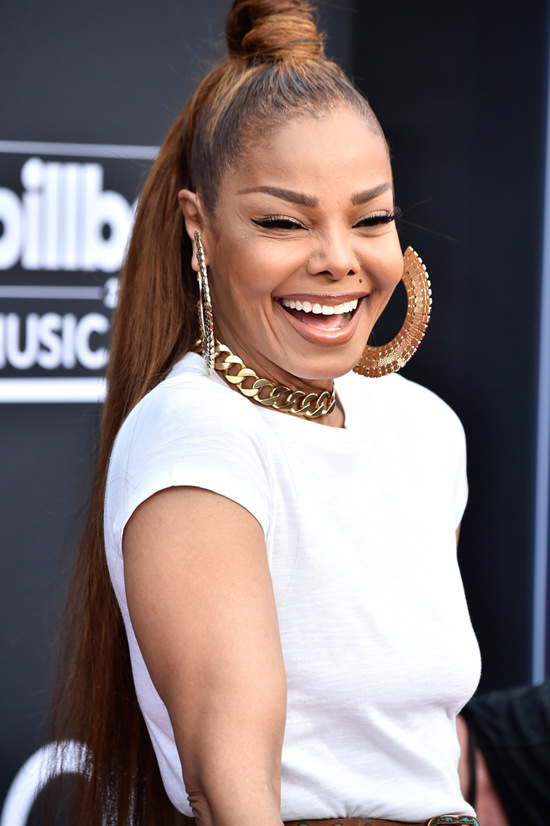 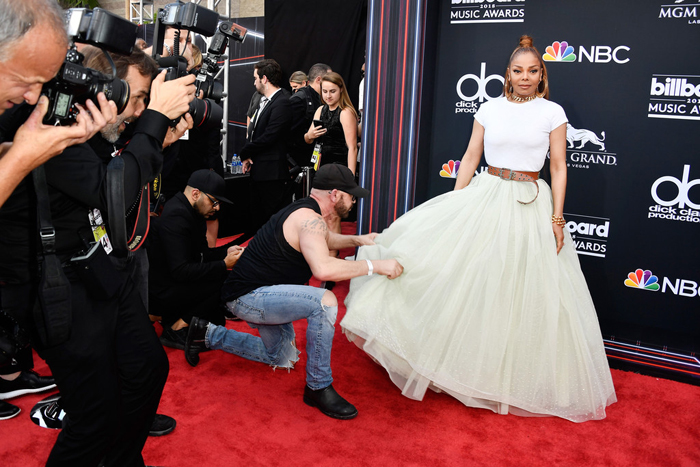 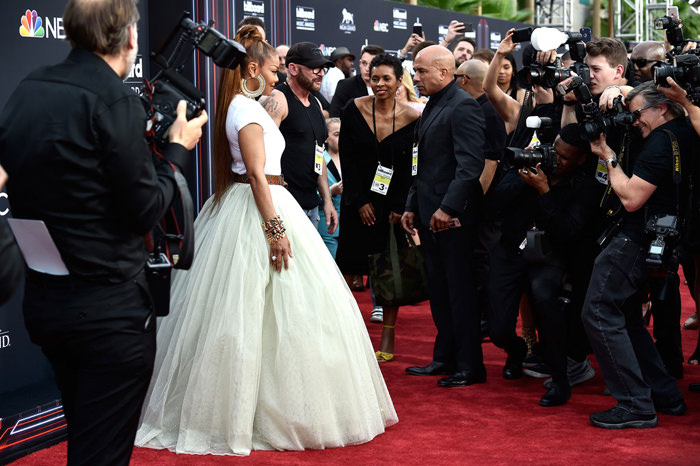 This is a slightly unusual look for her, in that she normally doesn’t trade in any version of big, poofy princess fantasies. On the other hand, the simple undershirt, thick belt and heavy jewelry are all very much her. It feels like a freshened-up, slightly high-fashion version of her basic “pretty/hardcore” aesthetic, some version of which she’s been working since the “Control” days. Having said that, it does tend to remind us of Madonna, which is not something we’ve ever had cause to say about her style before. And if we’re being blunt – and darling, you just know we are – then the shirt looks too cheap and the tight, high pony isn’t the best thing for her face.