Home » Fashion » Tom Holland Suits Up (Unfortunately) for the “Avengers... 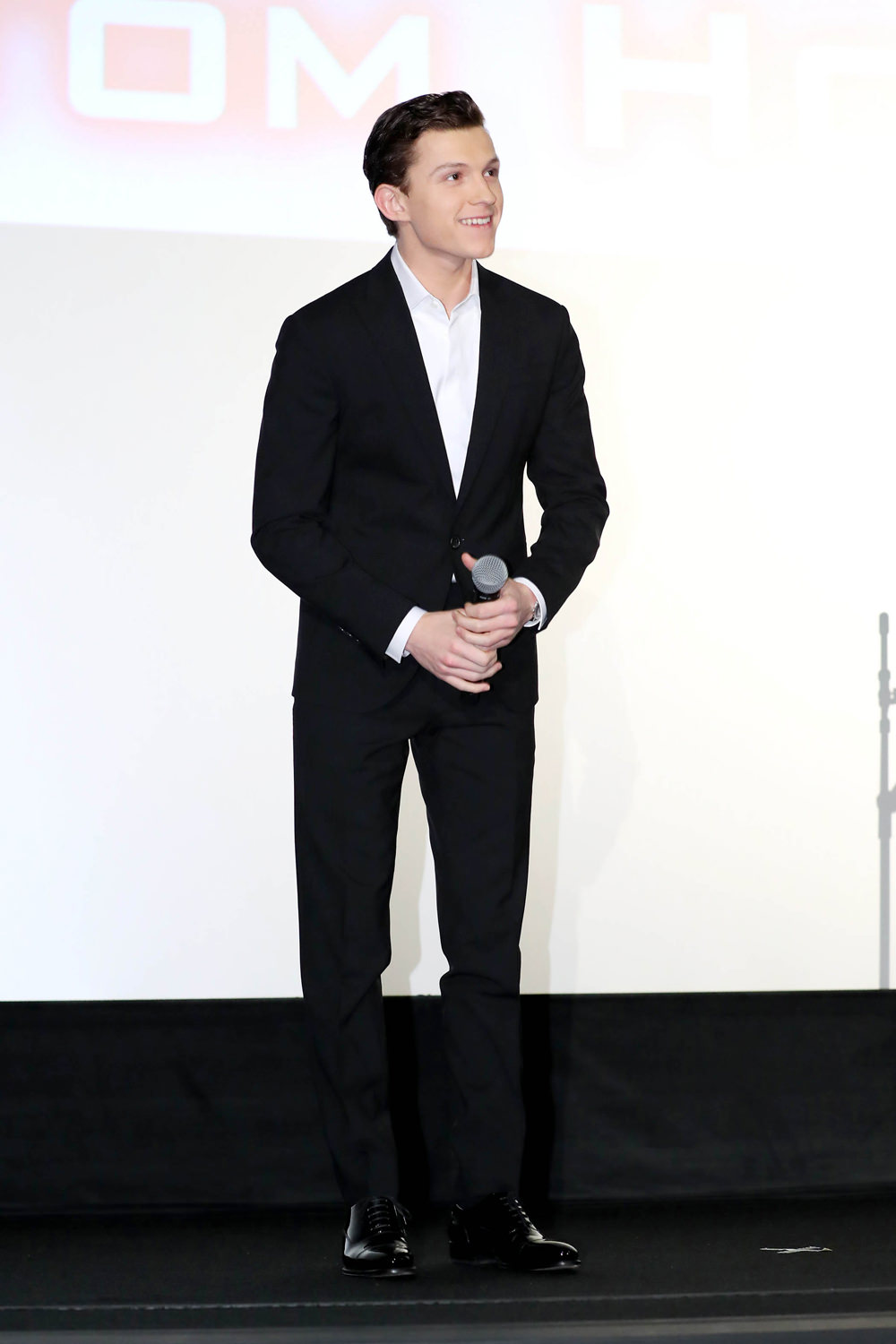 We were so happy to see him in that cute, somewhat boyishly stylish casual look he was sporting in Seoul last week, hoping it meant that he and his stylist were not going to make the mistake of putting him out there in big-boy suits, like they did during the Spider-Man: Homecoming tour. It’s just not the best sort of look for him; not for a poledance like this. If you absolutely have to put him in a suit, then let him work the kind of colorful, disco suit he worked to surprisingly sexy perfection at the Vanity Fair Oscars Party last month. Don’t send him out in a funeral suit. It does nothing for him.