A style preview, if you will, of what we can expect from the upcoming poledance for this highly awaited (by us) film: 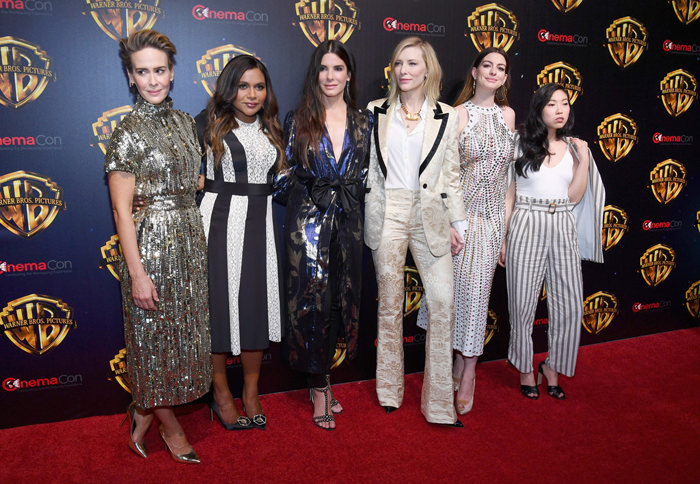 Yep. That’s about how we expected this all to shake out. None of these ladies are going to be half-assing it for the promo tour. While Cinemacon is an event that calls for some high-fashion look-at-me-ism, these gals are bumping it up just a little. If this is how they’re dressing for an industry convention, imagine when they’re walking red carpets for the film’s premieres? 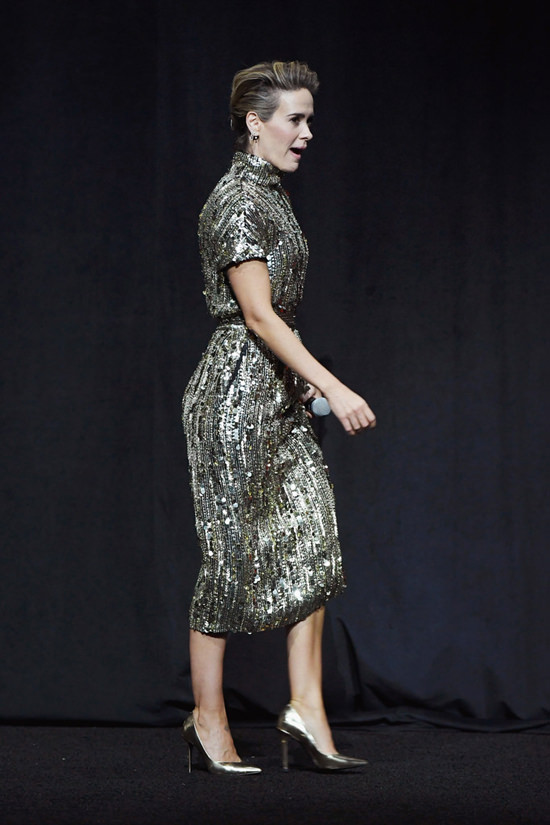 She’s been doing the armored style of metallics for a little while now. It’s a look she’s particularly well-suited for. Sometimes this sort of look can come off too heavy and overwhelming for the wearer but she’s got the bearing to pull it off and the personality to make it kickass. We like the shape and the effect of the broad stripes, but we really wish it wasn’t rendered in lace. We know we’ve declared the loungewear trend dead a half-dozen times in the last year, and we know that we’re on record as mostly hating it, but dammit, when someone does it well or wittily, we can’t help but be charmed. This may be a bathrobe, but its a fabulous and well-styled one. She’s going to spend this promo tour pretty much dressing as her character in the film, it would seem. Fine by us. It’s a great style for her and a refreshing change of pace after years of cheek-sucking gownery. Love the dress, but sweetie, those shoes look evil. Convention situations are notoriously terrible for style pictures and Miss Awkwafina really got short-changed here, but it’s a cute, fresh look. We seriously question the shoes, though. Something quite a bit lighter and more delicate in design would’ve been our rec. Can’t wait for this one.