Home » Fashion » A Tiny Percentage of the Massive “Avengers: Infinity...

A Tiny Percentage of the Massive “Avengers: Infinity War” Cast Made Their Way to “Jimmy Kimmel Live!”

Since having the entire cast make an appearance at the same time pretty much requires the renting of an airplane hangar, it makes sense that they’re breaking the team up into smaller teams, comic book style, to perform their poledancing duties. It’s also really weird (but understandable, given his Broadway obligations) to have an Avengers movie launch in full swing with no Chris Evans in sight. 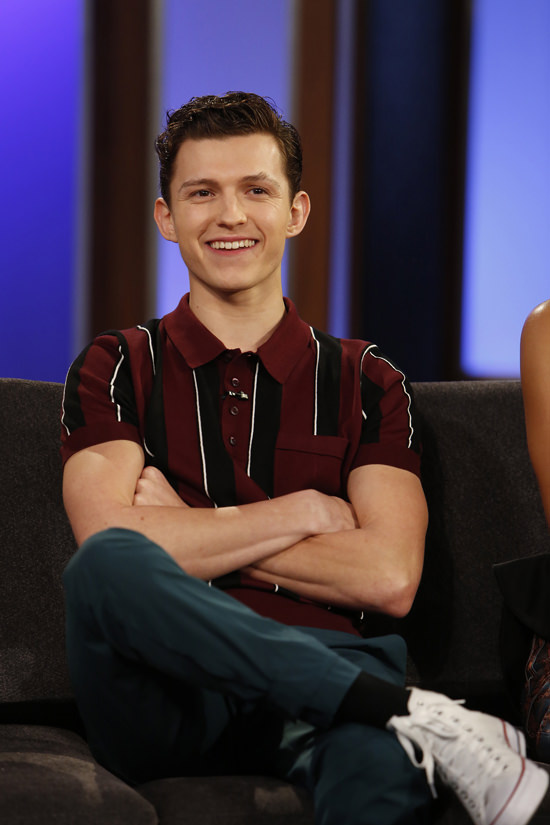 Not the best picture-taking in the world, but you get the gist. Pom is washed out in that white. RDJ’s pink wedge-heeled kicks are fairly ridiculous and he needs a haircut. Paul turns into Nerdy Dad without his fierce-as-shit wife by his side. Tom looks adorable. Zoe looks relaxed and telegenic. Love the skirt but the bodice is too fussy.

There you go, Avengers and Avenger-adjacents. You’re fully assessed. In other news, the film is getting quite the round of positive buzz among the critical set, to our pleasant surprise. We’ll have a review up on Friday morning because we can tell we’re not going to be able to keep our mouths shut on this one.