Okay, so maybe not “beige” exactly, but if there was one persistent color story of the 2018 Oscars red carpet, it was a range of very pale rosy-beiges. Long-time Bitter Kittens know we have a fairly negative reaction to dresses the color of old bras, but at least this time around, the hues were kept just a little lively, if not quite as pink or saturated as we would have liked it. This is one of those times when we think the low-key color lets the dress down. It takes some time to notice how beautiful the design is. A color with a little more contrast against her skin as well as against the sparkly embellishments would’ve really helped. Here’s the problem with talking about these under-hue’d frocks: on television, this came off like a very pale lavender, which looked lovely on her. Here, it’s the exact shade of her skin. Miss Lady, pale pink is not your color and the design of that bustline is terrible. This dress looks like it’s holding you hostage or something. It’s pretty, but we’ll never understand picking such an exuberant gown with all that sparkle in a color almost assured to photograph badly. 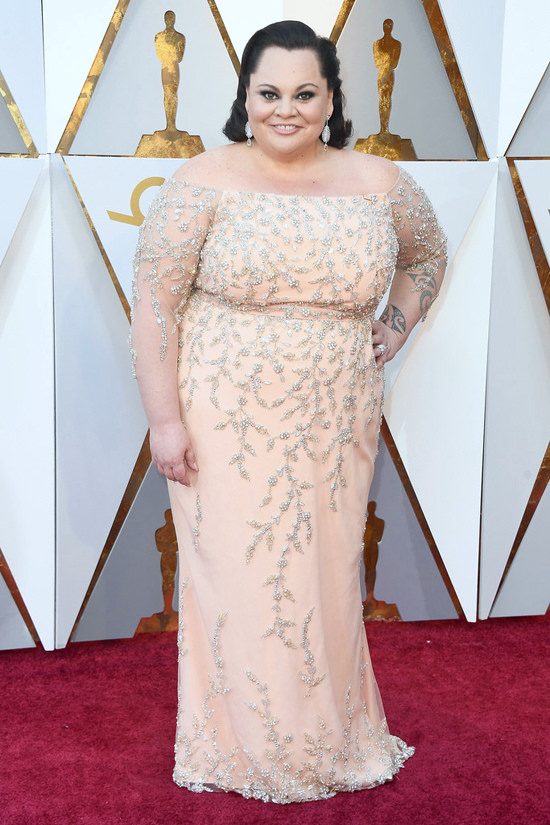 This one’s more on the peachy end, which means we are bound by bitchy blogger law to hate it. It’s a nice dress, though. We’d have loved it in purple. This is actually quite lovely and the color looks great on her. When we did the rundown of her pre-Oscars red carpetry, we noted her love of bold colors, plunging necklines and shaped sleeves, but figured that in the end, she’d go for something like what she wore to the Critics’ Choice Awards. This sleekness doesn’t seem to represent her own preferences, but it sure does look great on her. You weren’t robbed, lady, but we were rooting for you. 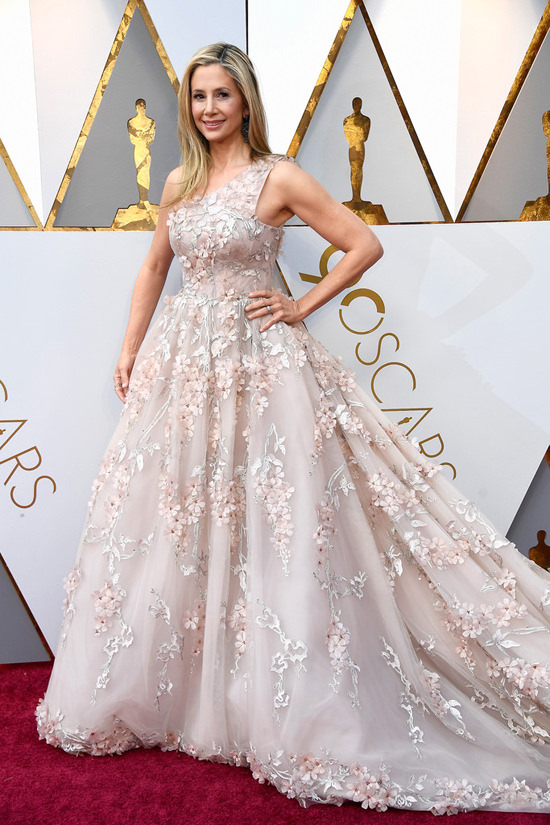 On a different wearer, we might have found the low-key color a bit underwhelming, but it actually looks great on her. And how great for her to make her triumphant return to the Oscars after being shut out of a career for so long, looking every inch a movie star. The romance of the dress is ever-so-slightly over the top, but we think it suits her. This has more of a yellowish tint to it, but it actually works to her benefit. There’s something very old-school about it that’s very appealing; like something Katherine Hepburn or Joan Crawford might have worn to the Oscars in the 1930s. Could’ve used a little help with hair and jewelry, though.