Considering it was apparently a factor in the Aniston/Theroux* breakup, we expect we’re going to see lots of Justin walking the sidewalks of his preferred city, New York. What we did not expect was the sight of him in head-to ankle shades of brown. 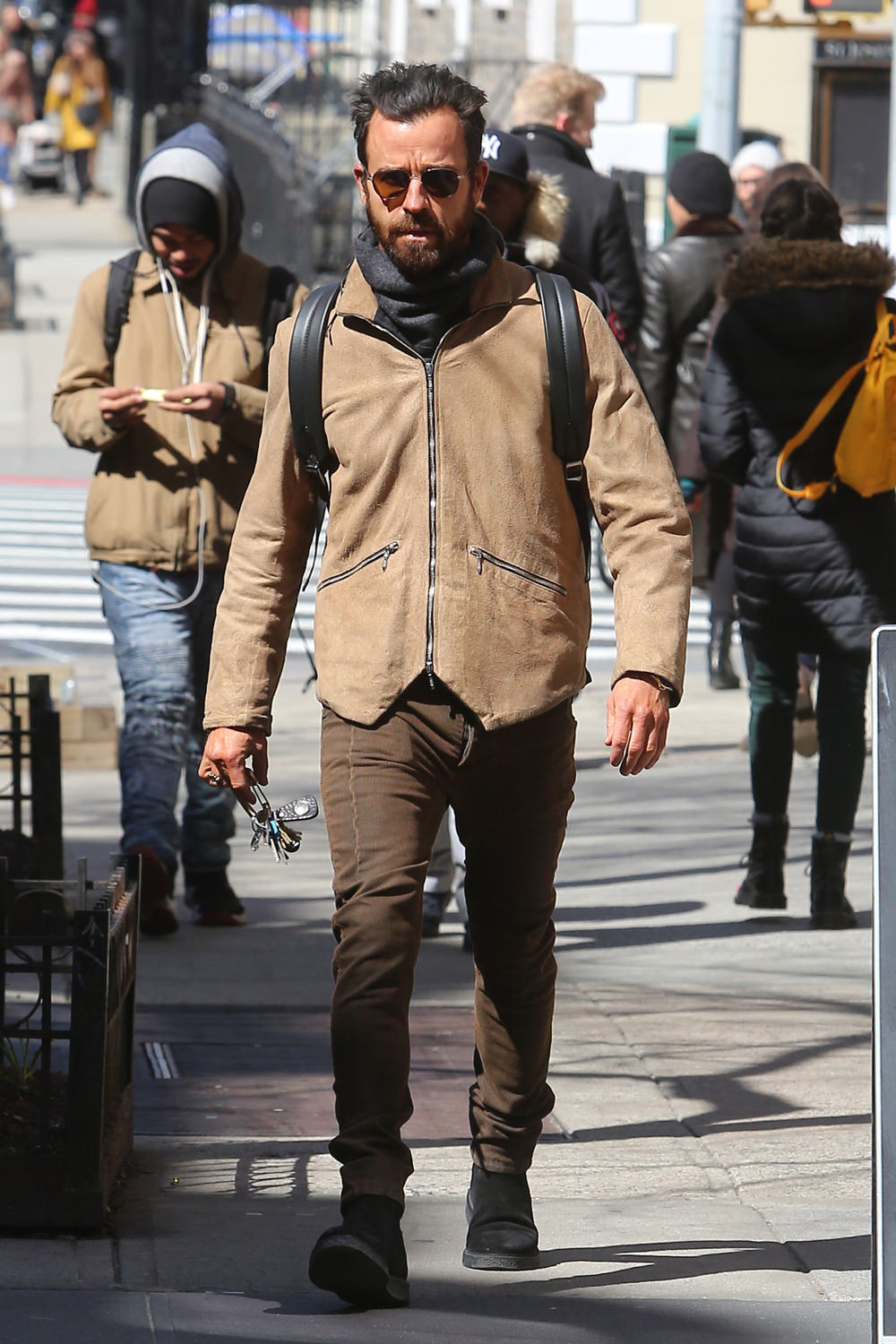 This is a man who was born wearing skinny black jeans and a black leather jacket. This is a man who never risks being photographed working his best Johnny Cash look. Is this turn toward earth tones a signal that he’s trying to change his style? A fresh new look for this new chapter in his life? Or is he merely operating under the delusion that he won’t be recognized if he dresses this way? Whatever the case, you can be assured of one thing, Justin. The bottom of that jacket sure is goofy-looking.

*In retrospect, the fact that no decent portmanteau was coined to describe their relation ship was probably an indicator of its eventual demise. Justinfer? Jennifin? Anisoux? Theriston? Sounds like generic drug names.

Previous post:
Cate Blanchett Doesn’t Even Have to Think About It, at the Si Passione by Giorgio Armani Launch in Australia Next Post:
Angela Bassett Co-hosts “Good Day New York” While Quietly Slaying