Please don’t look at us like that. We’re serious. 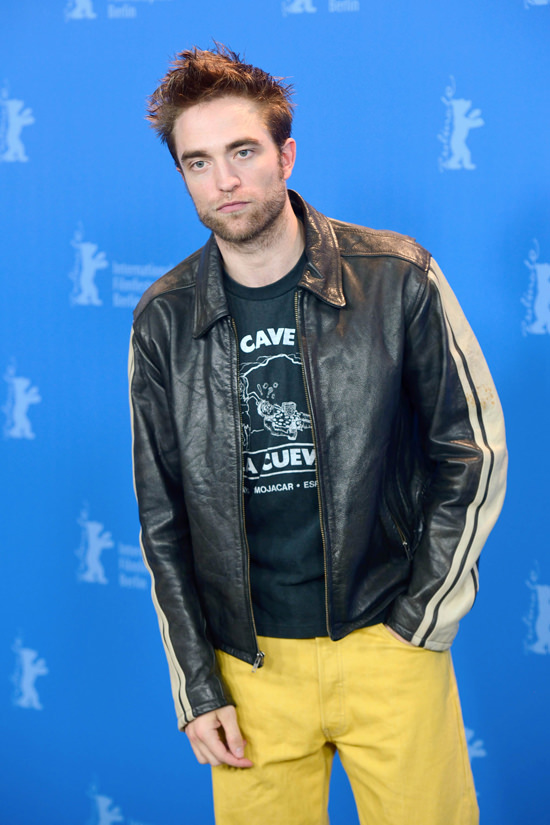 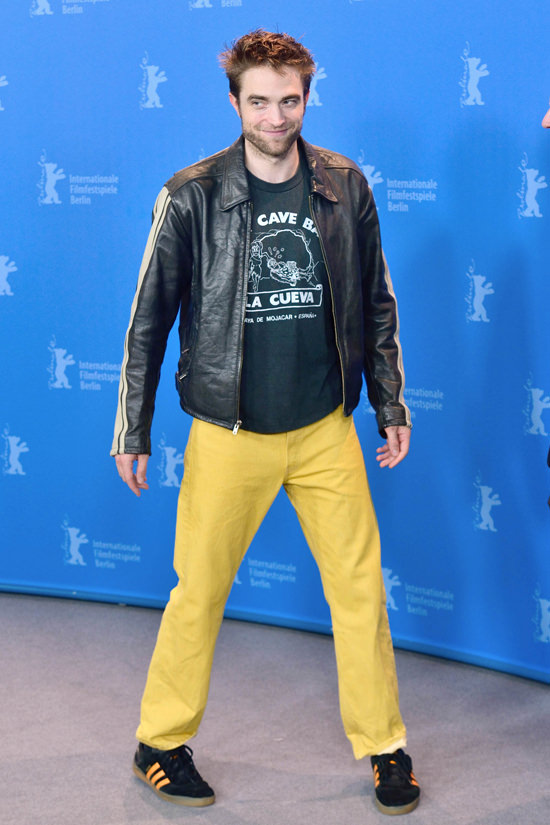 We’ll sit and wait until the screams of disapproval die down.

Okay, it’s like this: While we hate the propensity for celebrity men to show up at PR events in t-shirts and jeans like they’re on a Target run or something, we try to give  them some slight leeway when it’s a photo call, which is just about the least formal staged celebrity event you can think of. People dress better for Walk of Fame induction ceremonies than they do for film festival photo calls – unless they’re in Venice or Cannes, of course. But for Berlinale we think it’s fine. More importantly, the jacket’s sweet, the kicks are hot, and the yellow jeans totally take it into a more photogenic, more fashion-y direction. We won’t defend the t-shirt or stubble, though. And the half-assed cuff on the jeans is sad. Even so, these shots look great. And it’s no coincidence we opted to feature him solo. He dressed to promote himself as much as the film project. It’s how a star keeps that spotlight on them just a little longer than the people on either side of him.

Previous post:
Margot Robbie and Allison Janney Keep The Glam Going at the “I, Tonya” UK Premiere Next Post:
Bow Down to Your Queen: Helen Mirren in Rami Al Ali Couture at the 2018 Berlinale International Film Festival
blog comments powered by Disqus