Home » Movies » Vanessa Hudgens and Jennifer Lopez on the Set...

Before you scroll down to take in their costumes, we would like to remind you that in this movie, J Lo is playing a “big box store employee” and Vanessa is playing a “young executive at a consumer goods company.” 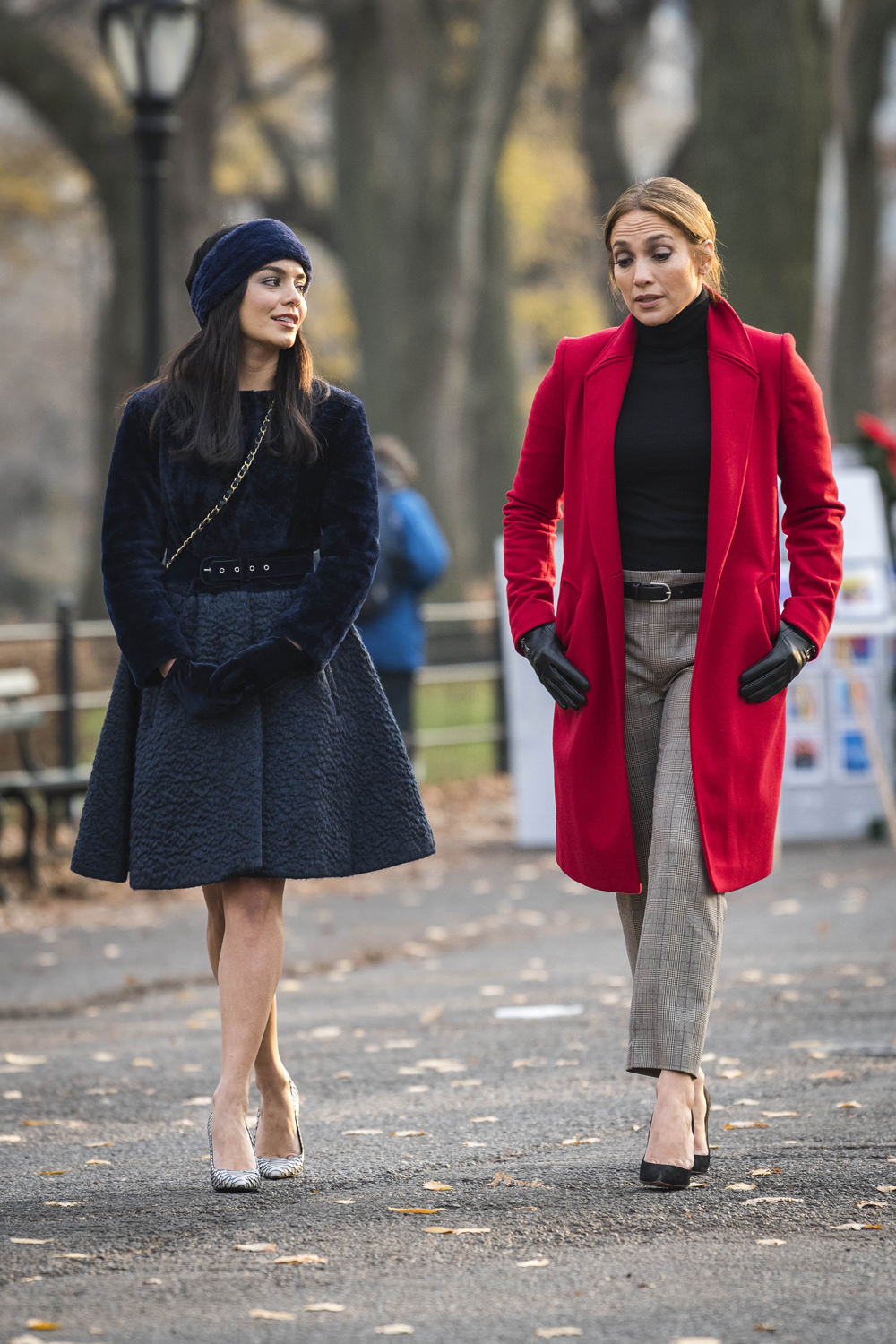 Because this all totally reads “wealthy lawyer and her teenage daughter” at first glance.

Not that we’re criticizing the costume design. First, they both look really fabulous. Vanessa in particular has a cinematic look about her. She’s going to look great on screen. Second, it’s a romantic comedy, which means heightened reality and aspirational homes and wardrobes come with the territory; like horses in westerns and annoying people in musicals. Jennifer’s character ” reinvents her life and her lifestyle, and gets the chance to prove to Madison Avenue that street smarts are as valuable as a college degree.”  Based on that description – and the costume design – is Vanessa playing an ally or the kind of young, pretty, go-getting rival that the 40-something lead of your average rom-com is supposed to hate?